State Rep. Jeff Bridges (D) was selected by a vacancy committee to represent Senate District 26 following Sen. Daniel Kagan’s (D) resignation on January 11, 2019. Kagan had previously served in the state House of Representatives, representing District 3 from 2009 to 2016. He did not seek re-election in 2016 because of term limits, and Bridges won the race for District 3 that year to succeed him.
Kagan faced misconduct allegations in 2018. State Sen. Beth Martinez Humenik (R) filed a complaint that Kagan had been using the women’s restroom. Sen. Owen Hill (R) corroborated the report. Kagan said that his use of the restroom was a mistake due to the doors being unmarked, and that his resignation had nothing to do with the allegations.
Bridges’ appointment maintains the 19-16 Democratic majority in the state Senate. His former state House seat representing District 3 has been filled by Meg Froelich (D), who was appointed to the position on January 7. Froelich ran unsuccessfully for the open seat in 2016, losing to Bridges in the primary.
Following the 2018 elections, Colorado is a Democratic trifecta. A state government trifecta exists when one political party simultaneously holds the governor’s office and both state legislative chambers.

The candidate filing deadline for the special election in District 31 of the Kentucky State Senate passed on January 15. Darrell Pugh (D) and Phillip Wheeler (R) are competing in the general election on March 5.
The District 31 seat became vacant after Ray Jones (D) was elected to serve as judge executive in Pike County. Jones served as minority leader in the state Senate from 2015 to 2019. He had represented District 31 since 2001.
The Kentucky State Senate currently has 28 Republicans, nine Democrats, and one vacancy. Kentucky has a Republican trifecta. A state government trifecta exists when one political party simultaneously holds the governor’s office and both state legislative chambers.
In 2019, 33 state legislative special elections have been scheduled or held in 14 states. Between 2011 and 2018, an average of 77 special elections took place each year.

On Tuesday, Michelle Lee and Stu Lourey are competing in the Democratic primary for a special election to the Minnesota State Senate. Jason Rarick is running unopposed in the Republican primary. The general election is on February 5.
The District 11 seat became vacant following Tony Lourey’s (D) resignation to join Gov. Tim Walz’s (D) administration as the human services commissioner. Lourey had represented the district since 2007. He was last re-elected in 2016, earning 54.5 percent of the vote in the general election.
Minnesota is currently one of 13 states under divided government. Democrats control the governor’s mansion and have a 75-59 majority in the state House, while Republicans hold a 34-32 majority in the state Senate.
As of January, 33 state legislative special elections have been scheduled or held in 14 states. Between 2011 and 2018, an average of 77 special elections took place each year. 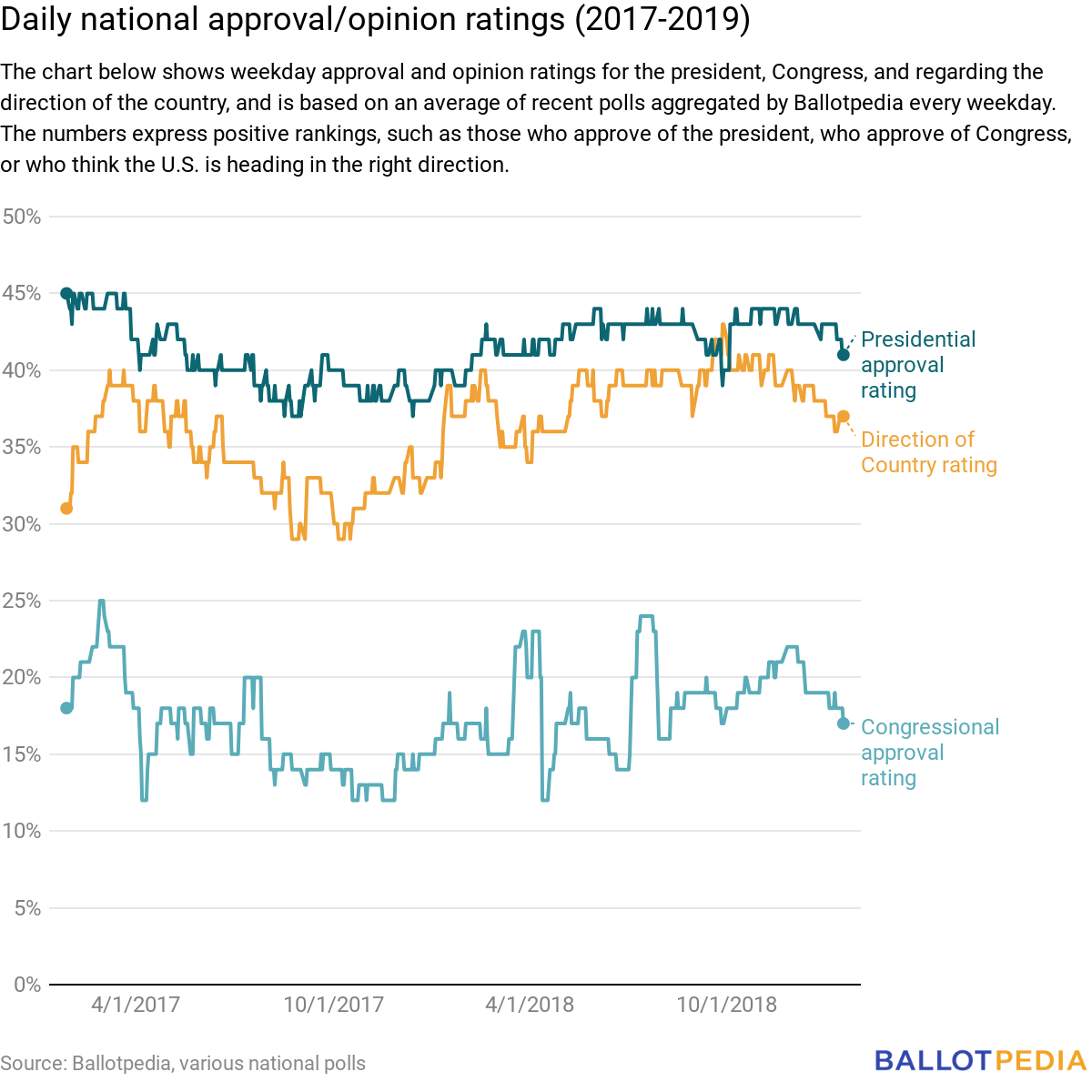 Each decade, the federal government conducts a census to update its population counts. Changes in population counts then require state governments to redraw their legislative jurisdiction boundaries.
Click below to learn more about your state.

A day after a federal judge in California enjoined new contraception rules in 13 states and Washington, D.C., a federal judge in Pennsylvania issued a nationwide injunction. The Departments of Health and Human Services, Treasury, and Labor announced the two final rules on contraception in November 2018. According to the agencies, those rules provide flexibility to employers with moral or religious objections to health insurance plans that cover contraception and sterilization. Under the new rules, those employers would be able to offer alternative health insurance plans without such coverage.
The agencies followed a process called notice-and-comment rulemaking to issue the rules. That process allows agencies to amend, repeal, or create administrative regulations after considering public feedback on proposed rules.
Pennsylvania and New Jersey sued the Trump administration over the final rules and made five arguments against them:
Judge Wendy Beetlestone, one of 333 judges nominated by Obama during his presidency, held that the states’ argument that the agencies failed to follow notice-and-comment procedures, in violation of the APA, was likely to succeed. She also held that the rules failed the arbitrary-or-capricious test because they exceeded the scope of agency authority granted by the Affordable Care Act (ACA). She cited Chevron v. NRDC (1984) and wrote that the ACA was clear on the question so the agencies were not entitled to judicial deference.
Judge Beetlestone ruled that the negative effects of a short period of decreased access to no-cost contraceptive services would be direct and irreversible. She said that states would be obligated to shoulder much of the burden of providing contraception for women who lose coverage following the final rules.
Beetlestone defended the nationwide scope of her injunction in light of criticism for similar actions taken by judges in other recent cases. She argued that an injunction limited to Pennsylvania and New Jersey would not reach citizens of those states who work for out-of-state employers nor reach students who may not be considered residents of those states. She said that her injunction might be broader than necessary to provide full relief to the states, but that the lack of empirical data requires judges to exercise discernment when crafting such orders.

On January 16, President Donald Trump (R) announced six nominees to Article III federal judicial positions. Article III federal judges are appointed by the president, confirmed by the Senate, and serve for life. The nominees are:
The nominees will fill out a questionnaire and be reviewed by the Senate Judiciary Committee. The committee will hold a hearing with the nominee. After the hearing, the committee votes to approve or return the nominee. If approved, the nomination advances to the full Senate for a confirmation vote. Confirming a judicial nominee requires a majority vote of 51 Senators.
Since assuming office in January 2017, Trump has nominated 167 individuals to serve as Article III federal judges. He nominated 69 judicial nominees in 2017 and 92 in 2018. At the sine die adjournment of the 115th Congress on Jan. 3, 2019, 31 nominees were awaiting a Senate vote, 24 were awaiting a committee vote, and 16 were awaiting a hearing. The President must renominate these 71 individuals to the 116th Congress if he wishes to move forward with their nominations.
Currently, the six new nominations are awaiting a committee hearing. None of the six were previously nominated by the president in 2017 or 2018. There are currently no nominees awaiting a committee vote or Senate vote.
As of January 2019, the Senate has confirmed 85 judges—53 district court judges, 30 appeals court judges, and two Supreme Court justices—nominated by the president. Comparatively, the Senate had confirmed 62 judges—2 Supreme Court judges, 16 appeals court judges, and 44 district court judges—nominated by President Barack Obama (D) at the same point in his presidency.

The West Hollywood City Council voted unanimously to place an issue on the ballot for March 5, 2019—Measure B—giving voters the opportunity to decide on the future of a development project backed by Gwyneth Paltrow.
The proposal in question was designed to redevelop commercial property at 8920 Sunset Boulevard. Paltrow and Gary Landesberg, chairman of the Arts Club of London, purchased the site in 2015.
The two hired design firm Gensler to design a West Hollywood branch of the Arts Club—a private London-based social club—for the 20,241 square foot site. The proposed nine-story building would be approximately 120,000 square feet and would include the private club as well as hotel rooms, restaurants, office and retail space, and a public art gallery.
After the West Hollywood City Council voted 4-1 to approve the development project in August 2018, Unite Here Local 11, a union representing hospitality industry workers, collected over 2,800 valid signatures to refer the Arts Club proposal to the city council for reconsideration. The number of signatures met the threshold required to initiate a referendum, which is 10 percent of the city’s registered voters. The city council had the option either to overturn the resolution approving the Arts Club project or to send the issue to the ballot.
There are eight other local ballot measures on ballots for the election on March 5, 2019, in California. The measures will go before voters in six local jurisdictions within Los Angeles and Fresno counties.

Three states will hold elections for governor in 2019: Kentucky, Louisiana, and Mississippi.
Republican Matt Bevin is the current Governor of Kentucky. He was elected to that office on November 3, 2015, defeating then-state attorney general Jack Conway (D). Bevin succeeded Gov. Steve Beshear (D), who served two terms from 2007 to 2015.
The Kentucky constitution, as it was adopted in 1799, prohibited governors from serving consecutive terms until it was amended in 1992. Since then only Beshear and former Gov. Paul Patton (D), who served from 1995 to 2003, have been re-elected to the state’s top office. Bevin, who is running for re-election in 2019, is therefore seeking to become the first Republican to serve two consecutive terms as Kentucky’s governor since 1804.