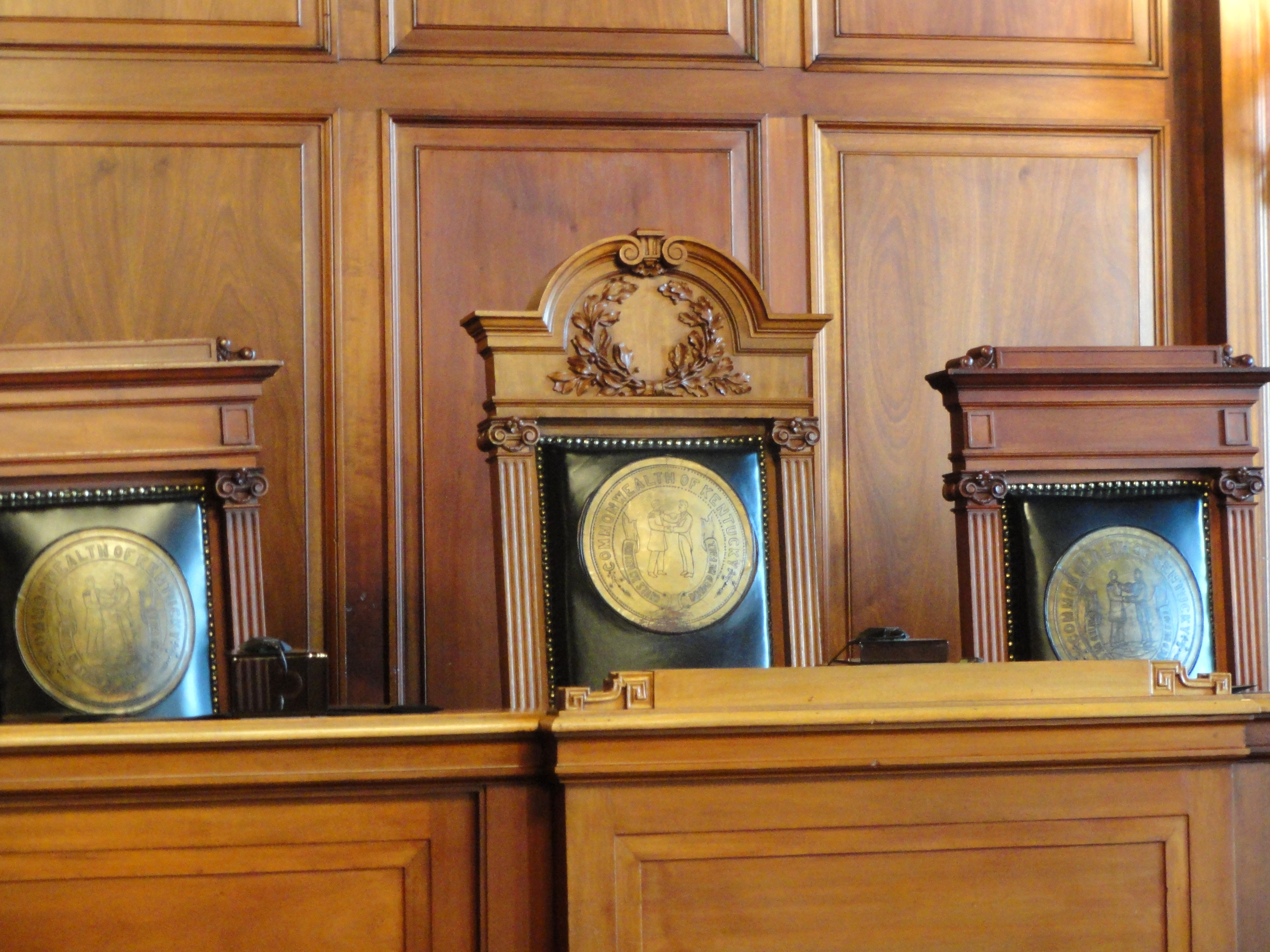 On June 12, 2019, the Kentucky Supreme Court ruled that the description presented to voters for Marsy’s Law, which was on the ballot in 2018, violated the state constitution. Legislators wrote the description, which said: “Are you in favor of providing constitutional rights to victims of crime, including the right to be treated fairly, with dignity and respect, and the right to be informed and to have a voice in the judicial process?” On November 6, 62.8 percent of electors voted for the constitutional amendment. The state Supreme Court’s ruling means that Marsy’s Law, a type of constitutional amendment addressing the rights of crime victims, cannot be added to the Kentucky Constitution.
Chief Justice John D. Minton, Jr. wrote the court’s unanimous opinion. He said that “Section 256 of the Kentucky Constitution requires the General Assembly to submit the full text of a proposed constitutional amendment to the electorate for a vote.” The full text of Marsy’s Law was 555 words long—517 words longer than the description that legislators wrote for the ballot.
The state Supreme Court’s ruling affirms a lower court’s ruling from October 2018, which prohibited the state from certifying election results for Marsy’s Law. Awaiting an order from the state Supreme Court, the outcome of Marsy’s Law was uncertain for 218 days.
Marsy’s Law for Kentucky, which registered as a political issues committee to support Marsy’s Law, responded to the ruling, stating, “We look forward to working with the General Assembly again to put Marsy’s Law back on the ballot for Kentucky voters in 2020 in a form that will pass legal muster as defined by the court.” Sen. Whitney Westerfield (R-3), chairperson of the Senate Judiciary Committee, also said that he would like the legislature to present the amendment to voters again in 2020. He also criticized the court’s ruling, saying, “It is troubling that in order to reach this conclusion the Supreme Court reversed years of established precedent and inserted an entirely new requirement for amending our state constitution.”
The Kentucky Association of Criminal Defense Lawyers (KACFL) filed the lawsuit to invalidate Marsy’s Law on August 13, 2018. David Ward, who was the KACFL’s president in 2018, said, “Voters have a right to know what they are voting on and the legislature failed to tell them.”
Marsy’s Law describes a set of constitutional protections for crime victims that have been adopted in 11 states, excluding Kentucky. In Montana, which approved Marsy’s Law in 2016, a court struck down the constitutional amendment as violating the state’s separate-vote requirement for initiated amendments. Henry Nicholas, co-founder of Broadcom Corporation, started the organization that backs Marsy’s Law. In Kentucky, Nicholas provided over $5 million to support the campaign.
Marsy’s Law will appear on the ballot in Wisconsin in 2020. The Pennsylvania State Legislature is also considering placing Marsy’s Law on the ballot in 2019. As of June 2019, voters have never rejected a Marsy’s Law ballot measure.
Related pages:
https://ballotpedia.org/Marsy%27s_Law_crime_victim_rights
https://ballotpedia.org/Kentucky_Supreme_Court
https://ballotpedia.org/List_of_ballot_measure_lawsuits_in_2018