Here are the upcoming dates of interest in October:

The Senate has not confirmed any nominees since our October 7 issue.

President Trump has not announced any new Article III nominees since our October 7 edition. 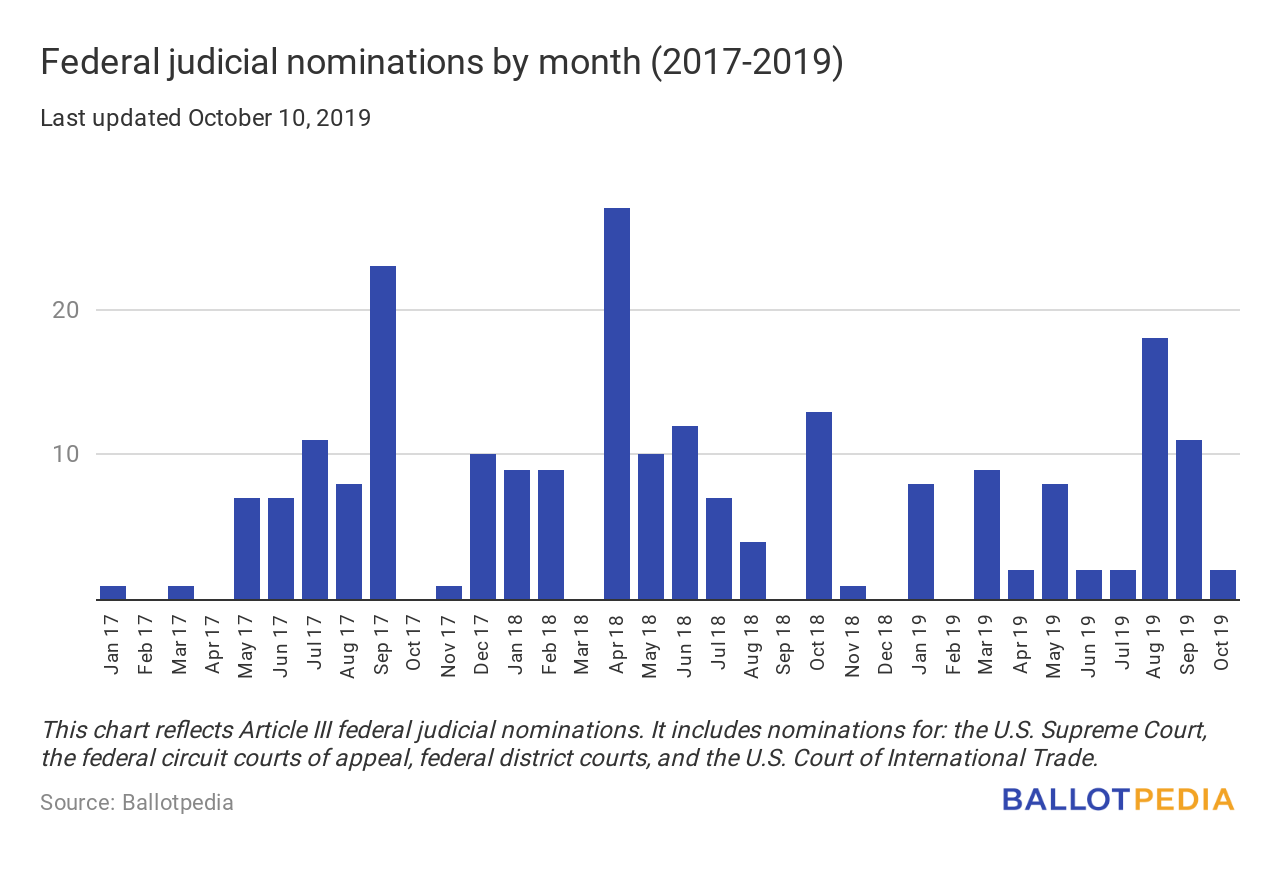 The federal judiciary currently has 107 vacancies. As of publication, there were 40 pending nominations.

According to the Administrative Office of U.S. Courts, an additional 16 judges have announced their intention to leave active judicial status during Trump’s first term.

Vacancies on the Circuit Courts

The following table lists the number of vacancies on the United States Court of Appeals from President Trump’s inauguration to the date of publication. 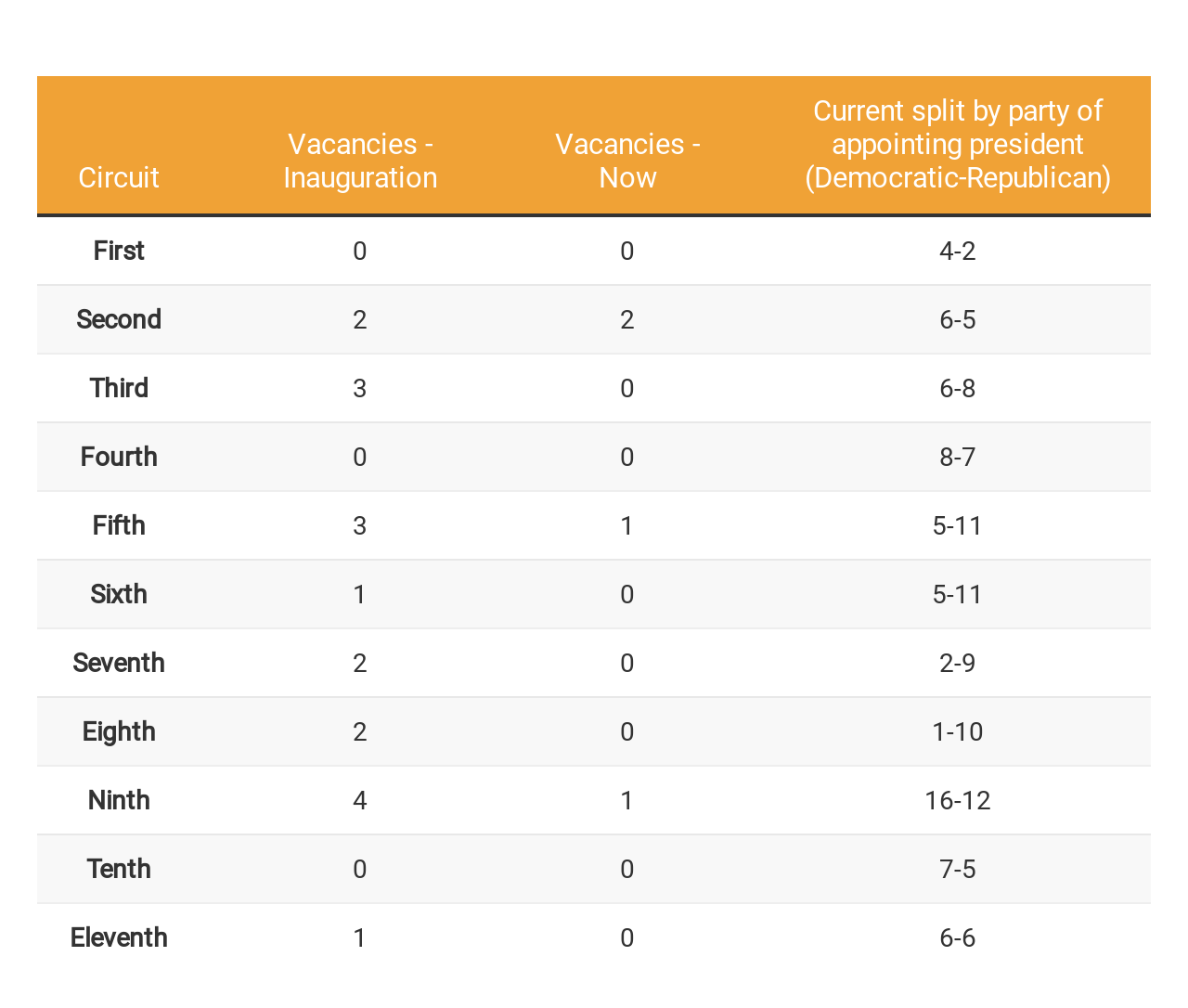 The Senate Judiciary Committee has not reported any new nominees out of committee since our October 7 edition.

The Northern District of New York has five authorized judgeships. There is currently one vacancy. The breakdown of current active judges by appointing president is: