Ohio was scheduled to hold primaries for president, the state’s 16 U.S. House seats, both chambers of the state legislature, the Ohio Supreme Court, and local elections Tuesday.

During this time when we face an unprecedented public health crisis, to conduct an election tomorrow would force poll workers and voters to place themselves at an unacceptable health risk of contracting coronavirus.

Later Monday, Kentucky Secretary of State Michael Adams (R) announced that he and Gov. Andy Beshear (D) had agreed to postpone the state’s primary from May 19 to June 23.

On Tuesday, Gov. Larry Hogan (R) postponed Maryland’s primary from April 28 to June 2. The special election for Elijah Cummings’ U.S. House seat will still take place April 28 but will be conducted via mail-in ballot only.

For an account of events related to the postponements, and for details on changes to the election calendar in other states, click here.

Here are some key primary results from March 17.

Lipinski, who was first elected in 2004, said he was “the common-sense Democrat” and criticized what he called Newman’s socialist ideology and leftist fantasies. Newman said Lipinski was not a real Democrat. She said, “Since 2004, my opponent has ignored the concerns of wide swaths of his constituency. He voted against the Affordable Care Act, against the Dream Act, and has repeatedly stood with the Republican party to attack workers, women and the LGBTQ community.” Lipinski and Newman faced off in the district’s 2018 Democratic primary. Lipinski won that contest, 51.1% to 48.9%.

A Democrat has represented the district since 1975, and major race rating outlets view the general election as Solid Democratic or Safe Democratic.

The election occurred against the backdrop of the case of former Empire actor Jussie Smollett, who filed a police report January 2019 alleging he was attacked. Smollett was later charged with multiple counts related to filing a false police report. Foxx dropped the charges against Smollett in March 2019 in favor of an alternative prosecution program. Foxx’s 2020 Democratic primary challengers criticized her handling of the case, while she defended it.

“America’s catastrophically inadequate response to the coronavirus can be attributed largely to bad short-term decisions by one man. And I do mean short-term: At every stage, Donald Trump minimized the threat and blocked helpful action because he wanted to look good for the next news cycle or two, ignoring and intimidating anyone who tried to give him good advice. …

[T]here are only two potential loci of intelligent economic policymaking left in Washington. One is the Federal Reserve; the other is the congressional Democratic leadership. At this point, in other words, it’s pretty much up to Jay Powell, the Fed chairman, and Nancy Pelosi, speaker of the House; the question is whether Trump and Senate Republicans will let them save the economy. …

It’s now up to Powell and Pelosi to rescue the economy, and Trump and company need to get out of their way.”

“There’s an easy way to tell that House Speaker Nancy Pelosi negotiated a bad deal on the bipartisan coronavirus response bill that Congress is expected to pass this week. It’s not the liberal complaints that she let the White House limit paid sick leave to about one-fifth of U.S. workers. It’s not the Republican complaints that the bill doesn’t provide tax relief and cash for businesses and individuals hurt by the pandemic. It’s not even the general consensus that this initial legislation will need to be followed up by a much more aggressive economic stimulus bill.

No, the easy way to tell Pelosi negotiated a bad deal for Democrats is that she negotiated a deal at all—rather than dictating the terms and telling President Donald Trump to take them or leave them.

The lesson of the last congressional response to an economic emergency, President Barack Obama’s 2009 stimulus bill, is that when a president desperately needs legislation to address a crisis, anyone with the power to stop him can decide what’s in it.” 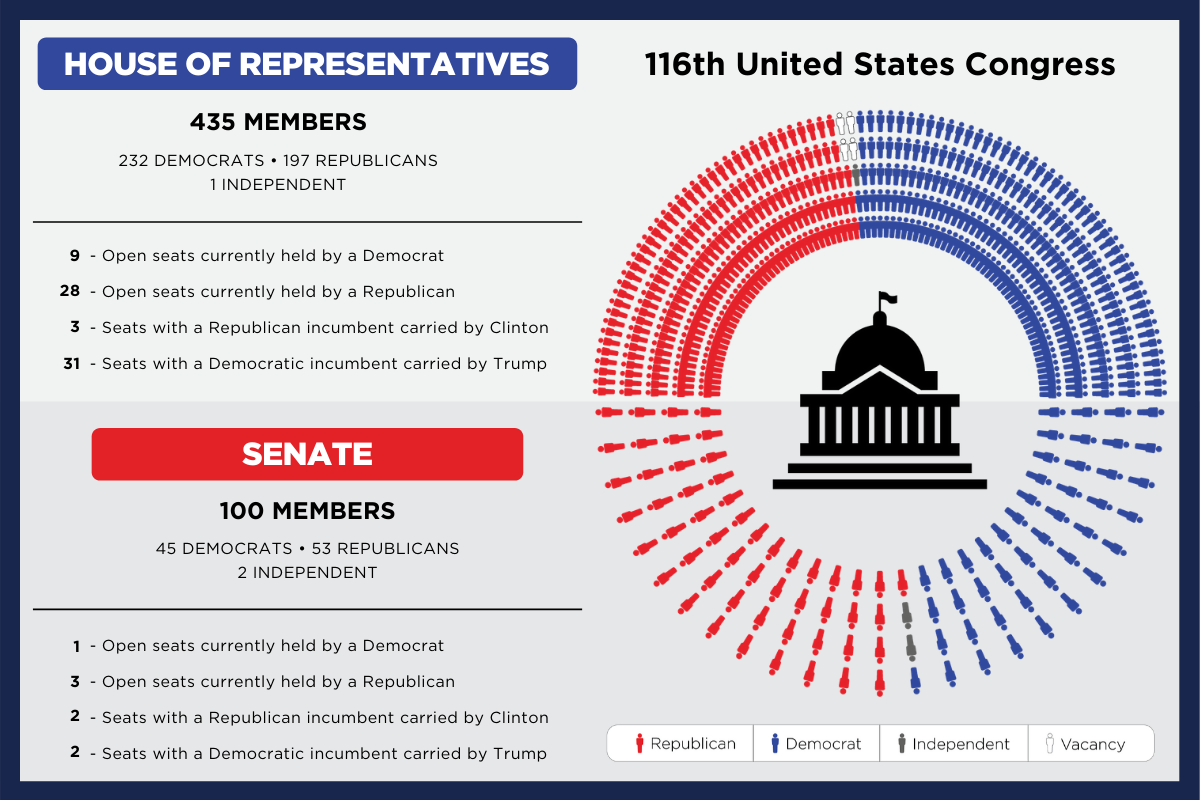 Cristina Tzintzún Ramirez, the third-place finisher in the March 3 primary for Senate in Texas, endorsed Royce West in the May 26 primary runoff. West faces M.J. Hegar in that contest.

Michael Cooper, who received 5% of the vote, also endorsed West.

National groups including the Democratic Senatorial Campaign Committee, End Citizens United, and Giffords PAC endorsed Hegar ahead of the primary. West’s endorsers include four of his state Senate colleagues and 16 members of the state House.

Victoria McGrane of The Boston Globe reported of Kennedy’s offer,

The candidates were receptive, and everything appeared to be moving forward smoothly until the Kennedy team got a call from one of the other campaigns saying the Democratic Senatorial Campaign Committee had told them they could not enter into an agreement with the Newton Democrat, according to a Kennedy campaign aide.

Joint fund-raising arrangements, which are federally regulated, allow participants to share the overhead costs of raising cash. They also mean wealthy donors can write one big check to the fund, which then splits the money among participants.

McGrane reported the DSCC and the Bollier, Cunningham, Gideon, and Harrison campaigns did not respond to requests for comment.

The DSCC supports Markey in the primary. The group has a policy of supporting incumbent Democratic senators.

Kanawha County Commissioner Ben Salango (D) won the endorsements of Sen. Joe Manchin (D) and the state branch of the AFL-CIO in his bid for West Virginia’s Democratic gubernatorial nomination.

The AFL-CIO endorsed Salango Monday, saying he was committed to the state’s working people. In the 2016 election, the group declined to endorse in the Democratic primary and backed Democratic nominee Jim Justice in the general election. Justice, who is running for re-election this year, joined the Republican Party in August 2017.

Manchin, who was elected governor in 2004 and re-elected in 2008, is one of two Democrats to hold a statewide elected partisan office in West Virginia.

Five candidates, including Salango, activist Stephen Smith, and state Sen. Ron Stollings, are running in the May 12 Democratic primary. The winner will face the Republican nominee in the November general election. Democrats have won each of the past six West Virginia gubernatorial elections.

Second-place finisher Terry Van Duyn announced March 10 that she would not pursue a runoff in the Democratic primary for lieutenant governor of North Carolina. Van Duyn’s decision means that Yvonne Lewis Holley wins the Democratic nomination outright. North Carolina law allows the second-place candidate to request a runoff if no candidate receives more than 30% of the vote. Lewis Holley will face Mark Robinson (R) in the general election. 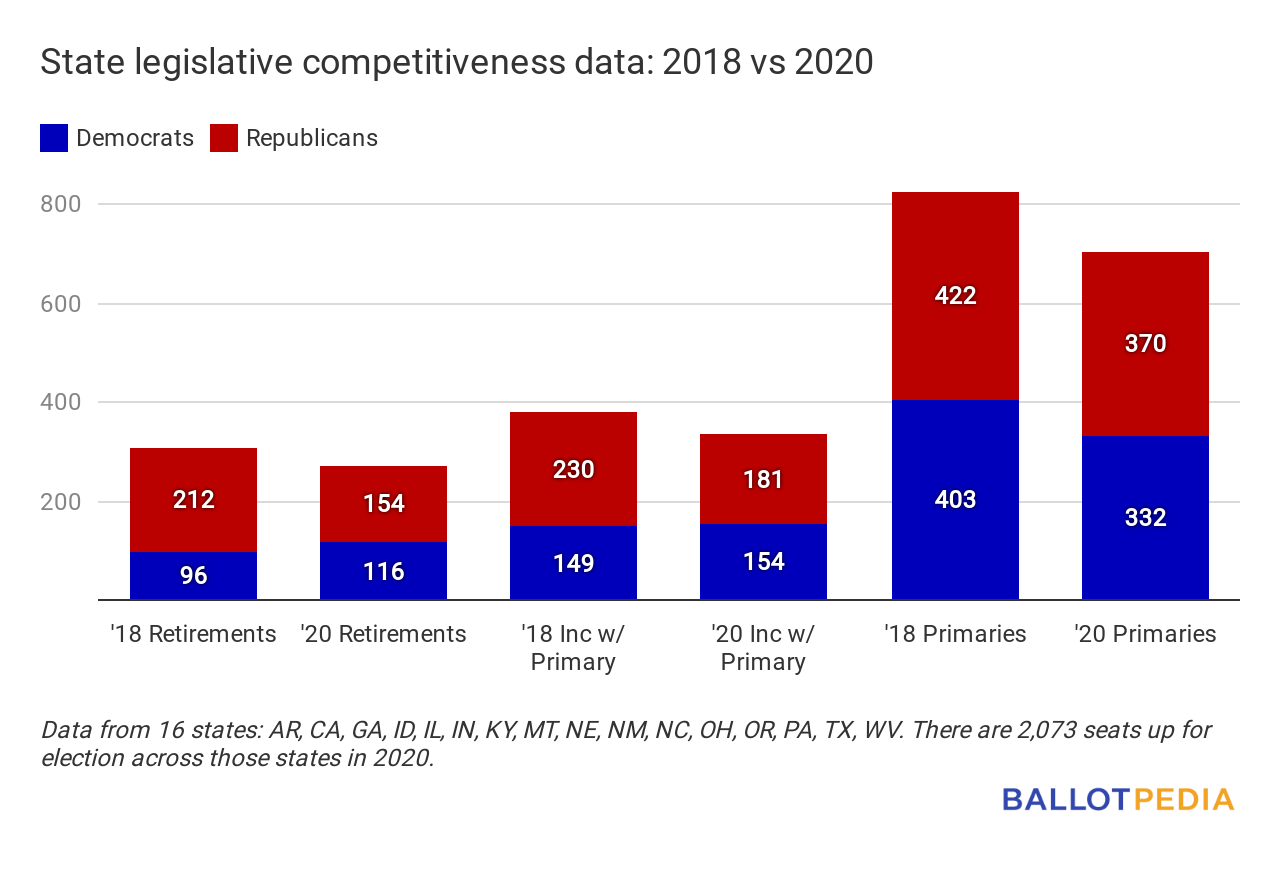 Oregon state Rep. Mitchell does not file for re-election following a recall effort

The filing deadline for state legislative candidates in Oregon passed last week and incumbent state Rep. Tiffiny Mitchell (D-32) decided not to seek re-election. Mitchell was first elected to Oregon’s 32nd House District in 2018, defeating Vineeta Lower (R) 49-32. In September 2019, an effort to recall Mitchell from her position was launched. Supporters of the recall effort failed to gather the required 4,883 signatures within 90 days.

Two candidates are currently filed to run for the Democratic nomination: Debbie Booth-Schmidt and George Kiepke. A Democrat has represented the district, which covers much of Clatsop County in northwestern Oregon, for nearly two decades.

In Kentucky, a state representative must be at least 24 years old. Nolan, 23, will not turn 24 until fifteen days after the general election.

In a statement regarding his withdrawal, Nolan said, “I cannot spend contributors’ money or ask for contributions when the favorable result could very well lead us into an unknown territory of complications.”

Lamar Allen and Bob Gibson remain in the primary for the Democratic nomination to represent House District 56. The current incumbent, Rep. Joe Graviss (D-56), is not seeking re-election.

Incumbent State Sen. Shannon Pinto (D-3) could face a three-way primary to be the Democratic nominee for Senate District 3 in New Mexico. Dineh Benally and Shawn Nelson have both filed to run in the Democratic primary.

This will be Pinto’s first election. In 2018, her grandfather, John Pinto (D), ran unopposed in the district. He passed away in May 2019 after serving in the New Mexico State Senate since 1977. Governor Michelle Lujan Grisham (D) appointed Shannon Pinto to the seat in July 2019.

“We influence policy, hold politicians accountable, and win elections. This is how we fight to build a world with clean air, clean water, public lands, and a safe climate that are protected by a just and equitable democracy.” – League of Conservation Voters website

The League of Conservation Voters (LCV) is a 501(c)(4) nonprofit organization that describes itself as a “potent political force for protecting our planet and everyone who inhabits it.” LCV says it has “built a powerful national movement with more than 2 million members, 30 state affiliates, and grassroots and community organizing programs across the country.”

LCV released its 2019 National Environmental Scorecard on March 12.  According to The Hill, “Republicans and Democrats both saw improvements on a conservation group’s annual assessment of environmental voting records last year, though the new report largely praised Democrats while criticizing Republicans. … Republicans in both chambers had an average score of less than 13 percent, according to an LCV spokesperson, compared to an 8-percent average in 2018.”

In addition to the LCV Action Fund, other groups affiliated with LCV are the LCV Education Fund, the LCV Victory Fund, and the LCV Political Engagement Fund.