On January 8, 2019, the U.S. Supreme Court declined to hear cases regarding whether ballot initiatives and related legislation in California and Massachusetts designed to regulate the sale of animal products violate the Commerce Clause of the U.S. Constitution. The court did not issue a reason for declining the cases, but Justice Clarence Thomas said he would have granted hearings.
The cases involved California AB 1435—which was designed to enforce provisions of Proposition 2 (2008)—and Massachusetts Question 3 (2016). The cases also had implications for California Proposition 12 (2018).
California Proposition 2 banned the confinement of pregnant pigs, calves raised for veal, and egg-laying hens in a manner that did not allow them to turn around freely, lie down, stand up, and fully extend their limbs. The California State Legislature approved a law, AB 1435, that banned the sale of shelled eggs from hens confined to areas that did not meet Proposition 2’s standards. In 2014, 13 states sued California, saying that farmers located in their states needed to either increase production costs to meet the proposition’s requirements or forgo selling eggs on the market in California. AB 1435, according to plaintiffs, had a substantial burden on interstate commerce. The Ninth Circuit Court of Appeals ruled in favor of California in 2016, with the court’s opinion saying that the plaintiff states failed to demonstrate that the law impacted them as states and their residents, rather than just egg producers.
Massachusetts Question 3 banned the confinement of pregnant pigs, calves raised for veal, and egg-laying hens based on movement requirements. Question 3 banned the sale of animal products from animals confined in spaces in violation of the ballot measure. In December 2017, 13 states asked the Supreme Court for permission to file a complaint against Massachusetts, saying Question 3 “dictate[d] how other states choose to regulate business operations and manufacturing processes within their own borders.”
The Supreme Court’s decision not to take up the cases is good news for California Proposition 12 (2018), according to the Humane Society, which sponsored the ballot initiative. Proposition 12, like AB 1435 and Question 3, prohibited the sale of veal from calves, pork from breeding pigs, and eggs from hens when the animals are confined to areas below certain minimum size requirements. 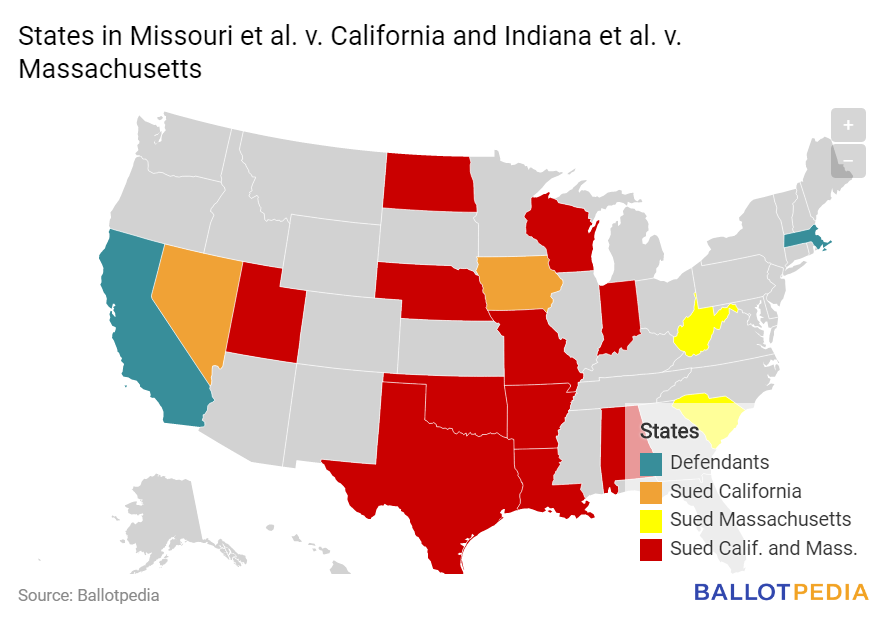