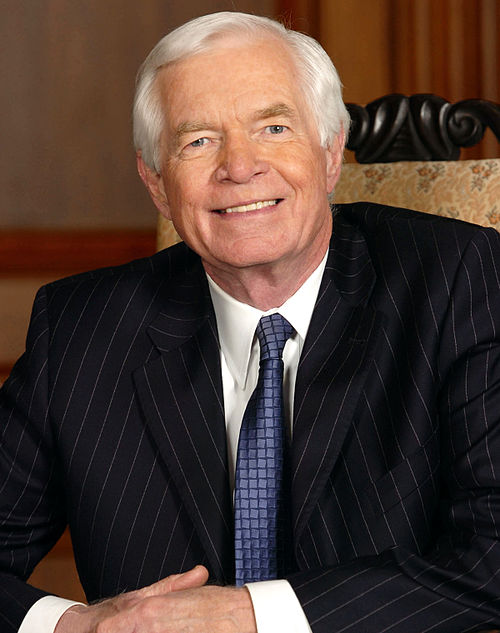 Thad Cochran, a Republican senator from Mississippi from 1979 to 2018, passed away on May 30, 2019. He was 81 years old.
Cochran resigned from the Senate on April 1, 2018, citing health concerns. He was replaced by interim Sen. Cindy Hyde-Smith (R), who later won a November 2018 special election to serve the rest of Cochran’s term through 2020. At the time of his resignation, Cochran was the 10th longest-serving senator in U.S. history.
Before his election to the Senate in 1978, Cochran had served in the U.S. House since 1973. Prior to his time in public office, he worked as an attorney in Mississippi and served in the U.S. Navy.

Rob Oldham is a staff writer at Ballotpedia. Contact us at editor@ballotpedia.org.