Ranked-choice voting round-up: the state of play heading into November

On Nov. 5, voters in New York City will decide on a city charter amendment that would, if adopted, establish ranked-choice voting (RCV) for municipal primary and special elections beginning in 2021. If approved, the amendment will make New York the largest city in the nation to use RCV for local elections.

What municipalities have enacted, or are set to enact, RCV in 2019? The following cities either have used or will use RCV for the first time as part of their 2019 election cycles: Eastpointe, Michigan; Las Cruces, New Mexico; Payton, Utah; St. Louis Park, Minnesota; and Vineyard, Utah. 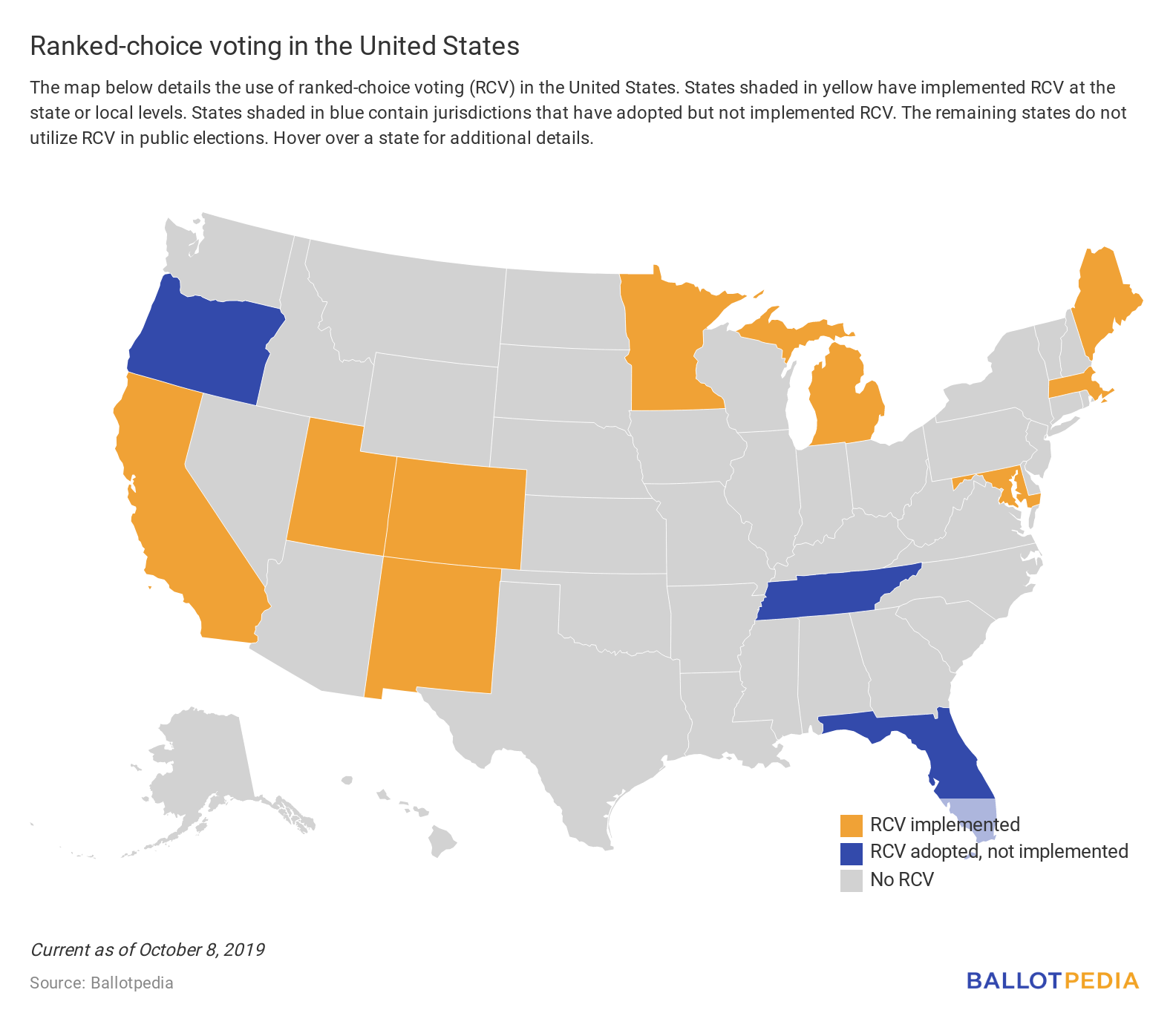 What other noteworthy developments involving RCV have occurred this year? Maine is expected to use RCV in the 2020 presidential election, making it the first jurisdiction to do so. On Sept. 6, Maine Governor Janet Mills (D) announced she would take no immediate action on legislation providing for the use of RCV in presidential elections. Instead, Mills signaled she would allow LD1083 to become law without her signature in January. As a result, the law will not take effect in time for the March 3 primaries, but it will be in effect for the 2020 general election.

According to FairVote, a group that advocates for the expanded use of RCV, the following presidential preference primaries and nominating caucuses will incorporate RCV in 2020:

On Sept. 27, a group of 14 registered Democratic voters in North Carolina filed a suit in state superior court alleging that the state’s congressional district plan is an illegal partisan gerrymander under the state constitution.

This lawsuit comes after a three-judge panel of the state superior court struck down North Carolina’s state legislative district plan for impermissible partisan gerrymandering. In that ruling, handed down on Sept. 3, the court held that the maps “do not permit voters to freely choose their representative, but rather representatives are choosing voters based upon sophisticated partisan sorting. It is not the free will of the people that is fairly ascertained through extreme partisan gerrymandering. Rather, it is the carefully crafted will of the map drawer that predominates.” The court ordered lawmakers to draft remedial maps.

On Sept. 17, one day before the court-mandated deadline, the state legislature adopted remedial House and Senate maps and submitted them to the court. The remedial House map can be accessed here. The remedial Senate map can be accessed here. In a court filing dated Sept. 27, the plaintiffs in the original suit objected to 19 remedial state House districts. They did not object to any of the remedial state Senate maps. On Oct. 4, attorneys for Republican lawmakers submitted a brief in response to these claims. The court has yet to rule on the viability of the remedial maps.

Redistricting legislation as of Oct. 9, 2019

Electoral systems legislation as of Oct. 9, 2019