Since California has finalized its 2019 general election ballot, I wanted to share the results of our analysis of the number of ballot measures in the state this decade.

After peaking at 142 ballot measures in the 1970s, the number of ballot measures appearing on the ballot in California has decreased each decade. The average decade featured 116 ballot propositions, of which 39 were citizen-initiated.

In 1912, California voters decided the first citizen-initiated measures. Since then, there have been 1,271 ballot measures. Of those, 428—or 34%—were put on the ballot through citizen petitions which came either through the initiative or the veto referendum process. 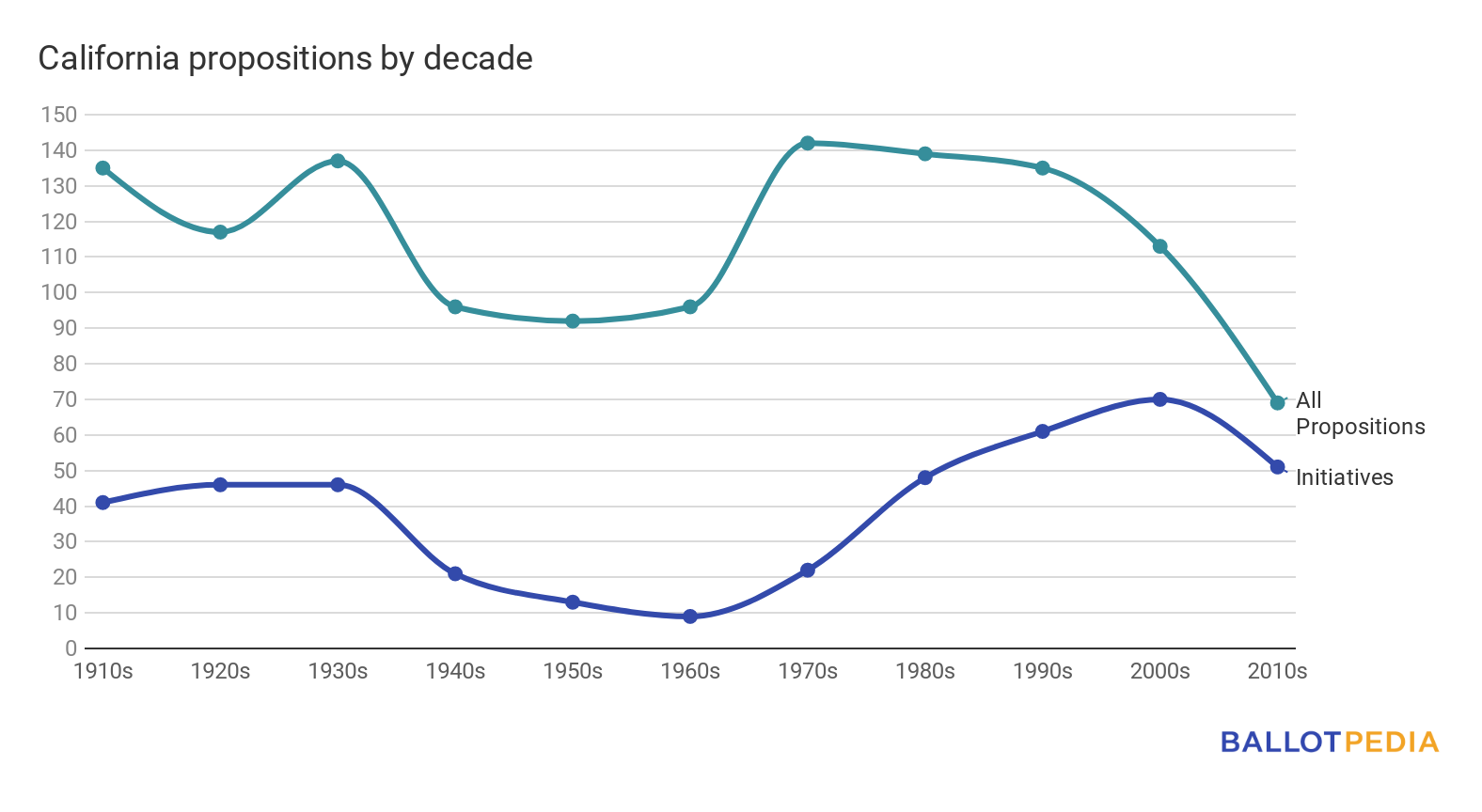 Louisiana voters head to the polls October 12 (yes, this Saturday) to cast their ballots in the state’s legislative primaries. There are 94 contested legislative elections this year — more than there were in either the 2011 or 2015 election cycles.

Louisiana uses what’s known as a blanket primary, where all candidates in any race appear on the ballot Oct. 12—regardless of party. A candidate can win the election outright by receiving more than 50 percent of the primary vote. If not, then a general election for the top two finishers will be held Nov. 16.

Here’s how many races were decided in the primary versus the general election in the last two cycles:

Republicans currently hold a 25-14 majority in the state Senate. There are 60 Republicans, 39 Democrats, and five independents—with one vacancy in the state House. Heading into the elections, Louisiana is under a divided government; Gov. John Bel Edwards is Democratic while Republicans control both legislative chambers.

Click the link below to learn more about Louisiana’s 2019 elections.

As part of our coverage of the presidential race, we track and report the number of views the candidates’ 2020 presidential campaign pages receive to show who is getting our readers’ attention.

For the week ending Oct. 5, Elizabeth Warren’s campaign page on Ballotpedia received 3,071 pageviews, more than any other Democratic candidate. This was the second consecutive week Warren’s page received the most pageviews among the Democratic field.

Andrew Yang’s page had the second-most pageviews during this week and Joe Biden’s page was third.  The only Democratic candidate to receive more pageviews last week than the week before was Tom Steyer, whose pageviews increased by 33.6%.

Andrew Yang remains the leader in overall pageviews among Democratic presidential candidates in 2019 with 124,790. He is followed by Pete Buttigieg, Kamala Harris, Joe Biden, and Warren. Those five candidates have each had more than 100,000 pageviews this year.

See the full data on all presidential candidates below.