October 31, 2019: Kamala Harris is restructuring her campaign, sending more staffers to Iowa and reducing staff at her Maryland headquarters. Donald Trump ran a campaign ad during the final night of the World Series on Wednesday. 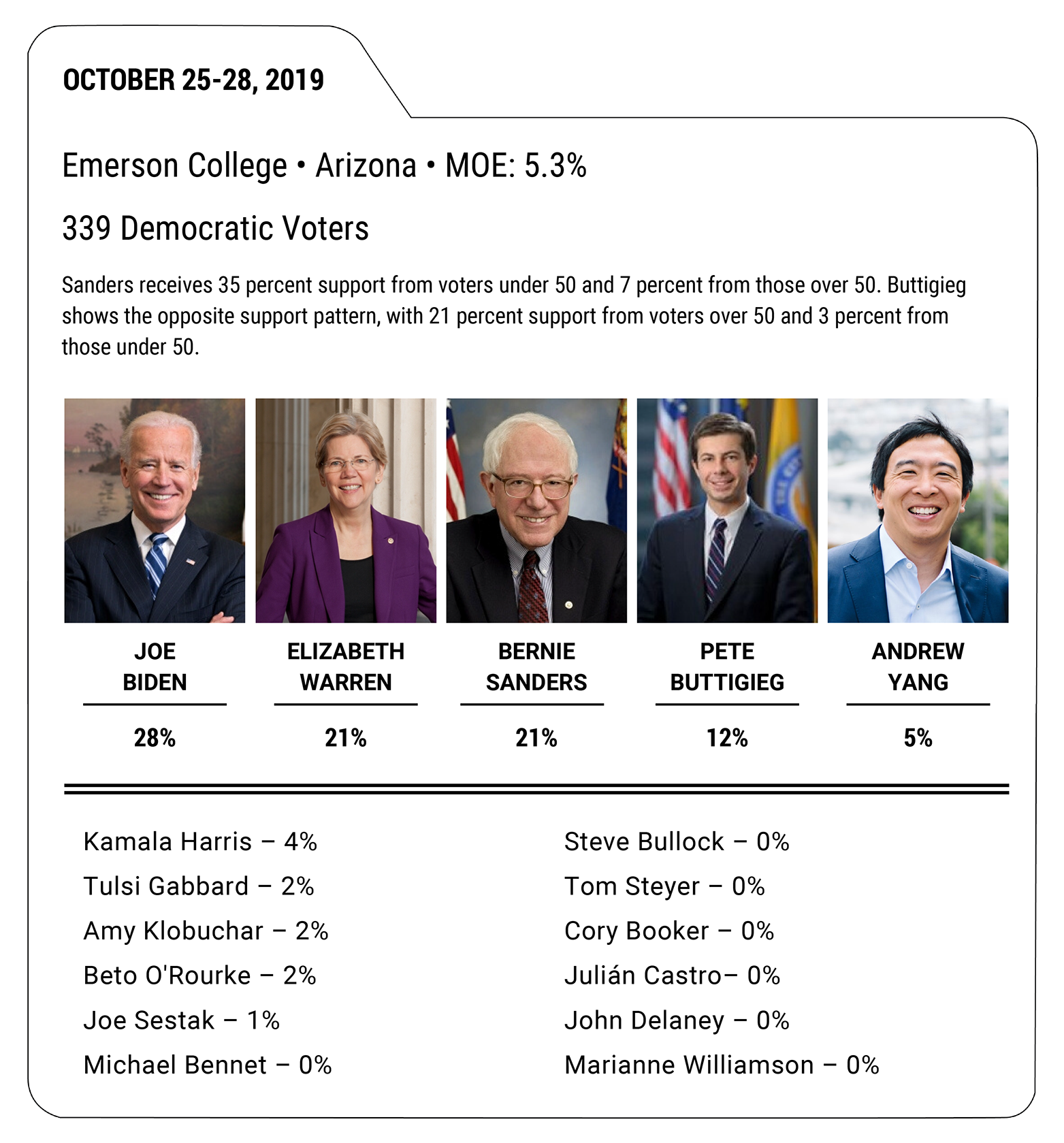 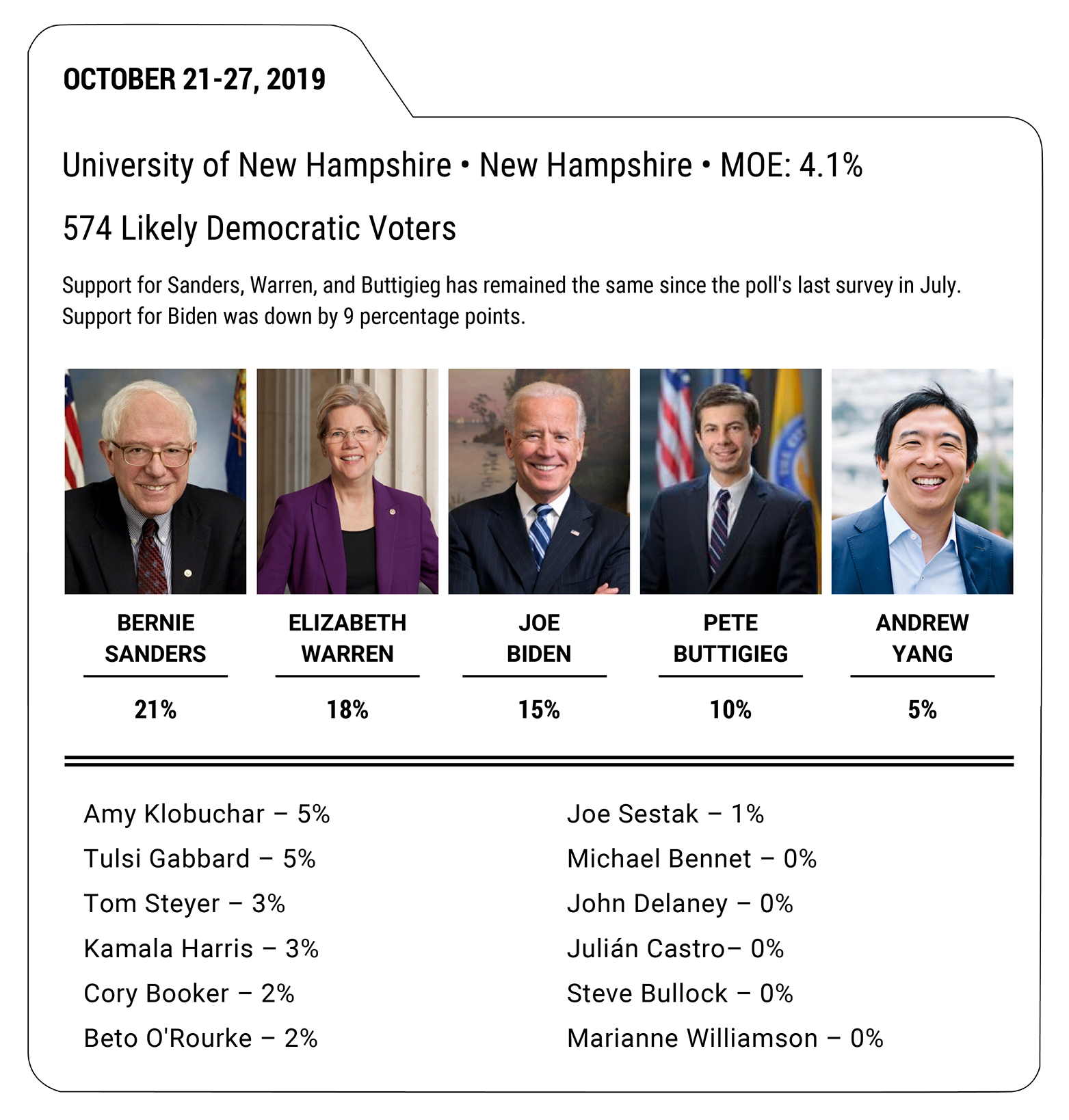 In short, the fact that they found such different outcomes isn’t that big a deal. As you can see in the chart below, once we control for house effects, the overall spread between polls since May isn’t actually all that large. In fact, the spread of values for both Biden and Warren fall within a range we might expect. So don’t read too much into those two polls. Turns out they’re just the kind of outliers we’d expect to see in this range of polls.”