We SCOTUS so you don’t have to

New cases on the docket

SCOTUS added four cases to the docket since our October 14 edition: 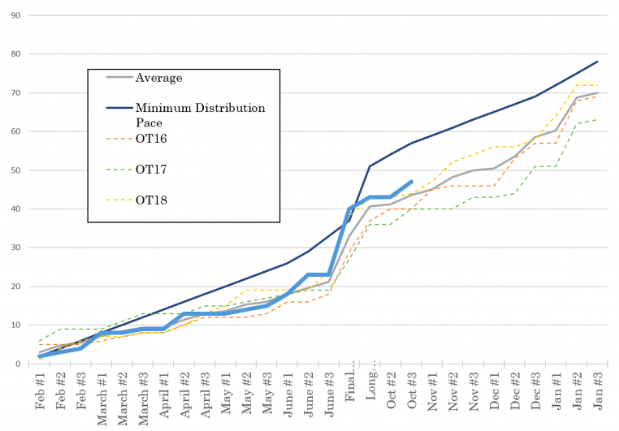 According to SCOTUSblog, the minimum distribution pace “reflects the number of petitions that must be granted to fill the court’s docket for oral argument while giving the litigants in each case a complete or near-complete briefing schedule.”

Here are the upcoming dates of interest in November:

As of publication, which state is the point of origination for three SCOTUS cases—more than any other state—this term?

The Senate has confirmed five nominees since our October 14 issue. 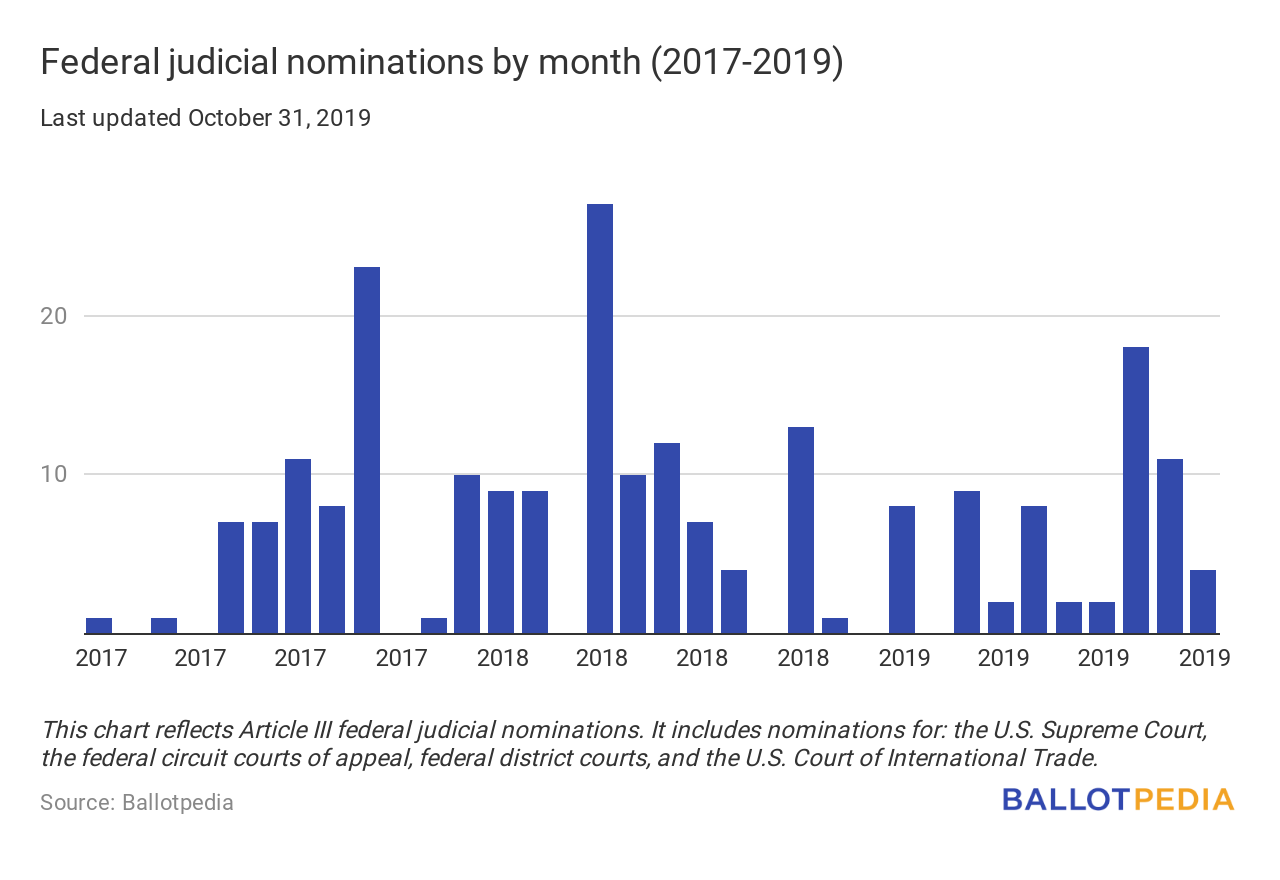 The federal judiciary currently has 103 vacancies. As of publication, there were 48 pending nominations.

The Senate Judiciary Committee reported 13 new nominees out of committee since our October 14 edition.

A Court In The Spotlight

The Southern District of New York has 28 authorized judgeships. There are currently six vacancies. The breakdown of current active judges by appointing president is: