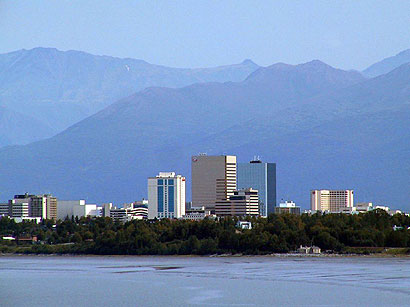 The campaign Alaskans for Better Elections filed 41,068 signatures on Thursday for a three-pronged ballot initiative to change the state’s election laws. At least 28,501 (69.4 percent) of the signatures submitted need to be valid for the ballot initiative to be certified. Alaska also has a signature distribution requirement, which requires that signatures equal to 7 percent of the vote in the last general election must be collected in each of 30 (of 40) Alaska House of Representatives districts.

Changes to Alaska’s election policies proposed by the initiative include

requiring persons and entities that make contributions that were themselves derived from donations, contributions, dues, or gifts to disclose the _true sources_ of the contributions;
replacing partisan primaries with open top-four primaries for state executive, state legislative, and congressional; and
establishing ranked-choice voting for general elections, in which voters would rank the four candidates that succeeded from the primaries.

Former Rep. Jason Grenn (I-22) is chairperson of Alaskans for Better Elections. Bruce Botelho (D), the former mayor of Juneau and Bonnie Jack (R) are co-chairs of the campaign. Through January 5, 2020, the campaign had reported $757,411, with $600,000 from Unite America and $100,000 from Action Now Initiative. Both organizations have supported ranked-choice voting initiatives in the past. Support was also received from American Promise, FairVote, and Represent.Us.

As the ballot initiative is indirect, certification would first send the proposal to the Alaska State Legislature, which would have the chance to approve the proposal or one deemed to be equivalent outright. Otherwise, the ballot initiative would go before voters at the election on August 18, 2020, or November 3, 2020, depending on what the legislature adjourns this year’s regular session.

The ballot initiative is also in the midst of a legal challenge. Lt. Gov. Kevin Meyer (R), who is responsible for approving initiatives for signature gathering, originally rejected the proposal. Based on a report by Attorney General Kevin Clarkson (R), Meyer said that the initiative violated the single-subject rule. Alaskans for Better Elections asked the state Superior Court to override Meyer, which it did on October 28, 2019. The judge ruled that the ballot initiative covers a single subject: election reform. Defendants (Lt. Gov. Kevin Meyer and the Division of Elections) appealed the ruling to the Alaska Supreme Court, which would have final jurisdiction over the issue.

Voters in Florida will decide a top-two primaries initiative, titled Amendment 3, in 2020. In Massachusetts, the campaign behind an indirect ranked-choice voting initiative submitted enough signatures to put the measure before the legislature, and it could also be on the ballot in the fall.