On Feb. 27, the Virginia State Senate voted 22-18 to approve HB1103, which would allow local governments to implement ranked-choice voting (RCV) for select municipal elections. All of the Senate’s 21 Democrats and one Republican voted in favor of the legislation. Eighteen Republicans voted against it. The same bill had passed the Virginia House of Delegates on Feb. 7 by a vote of 57-42. Fifty-four House Democrats and three Republicans voted in favor of HB1103. Forty-two Republicans voted against it (one Democratic member did not vote). HB1103 now goes to Gov. Ralph Northam (D) for his action.

If enacted, HB1103 would allow local governments to implement RCV in elections for county boards of supervisors and city councils. The state board of elections would be authorized to “promulgate regulations for the proper and efficient administration of elections determined by ranked-choice voting, including (i) procedures for tabulating votes in rounds, (ii) procedures for determining winners in elections for offices to which only one candidate is being elected and to which more than one candidate is being elected, and (iii) standards for ballots.” Localities would be liable for any implementation costs incurred by the state. The Department of Planning and Budget has estimated those costs at approximately $1.3 million.

What have been the reactions?

The following is a sample of the commentary surrounding HB1103:

What other jurisdictions have implemented RCV?

Maine is the only state that has implemented RCV for federal and state-level elections. Nine states have jurisdictions with RCV at the local level. On the map below, these states are shaded in gold. Another four states have jurisdictions that have adopted, but have not yet implemented, RCV. These states are shaded in blue. A complete list of implementation sites is available here.

In other RCV news …

On March 5, the Virginia House of Delegates voted 54-46 to approve a resolution placing a redistricting-related constitutional amendment on the ballot for Nov. 3, 2020. The ballot measure would transfer the authority to draft the state’s congressional and legislative district plans from the Virginia General Assembly to a 16-member redistricting commission comprising eight state legislators and eight citizens.

What does the constitutional amendment propose?

Maps would require approval by 12 of 16 (75 percent) commission members, including six of eight legislator-members and six of eight citizen-members. Leaders of the legislature’s two largest political parties would select members to serve on the commission. Based on the current composition of the General Assembly, the commission’s legislative members would include two Senate Democrats, two Senate Republicans, two House Democrats, and two House Republicans. The commission’s eight citizen members would be recommended by legislative leaders and selected by a committee of five retired circuit court judges.

How did the amendment make it to the ballot, and what comes next?

For more information on the support and opposition arguments on this amendment, click here.

For more information about the legislative process that put the amendment on the ballot, click here.

Are other states considering similar measures this year?

This is the first ballot measure certified for 2020 related to redistricting. Measures might also be on the ballot in Arkansas, Missouri, Nevada, Oklahoma, and Oregon. In 2018, five states — Colorado, Michigan, Missouri, Ohio, and Utah — voted on initiatives to alter redistricting procedures or establish redistricting commissions. Voters approved all of them.

Thirty-three seats in the United States Senate are up for election in 2020. How do prospective candidates get on the ballot in their respective states?

Filing fees are similarly variable. Kansas requires unaffiliated candidates to pay a $20 administrative fee. This fee is the smallest in the nation for Senate candidates in 2020. By contrast, Arkansas Republican candidates are liable for a $20,000 filing fee, a larger filing fee than that imposed in any other state this cycle.

We have compiled complete filing requirements for major-party and unaffiliated Senate candidates in 2020. To peruse the data, click here.

The map below shows which states have taken up redistricting policy legislation this year. A darker shade of red indicates a greater number of relevant bills. 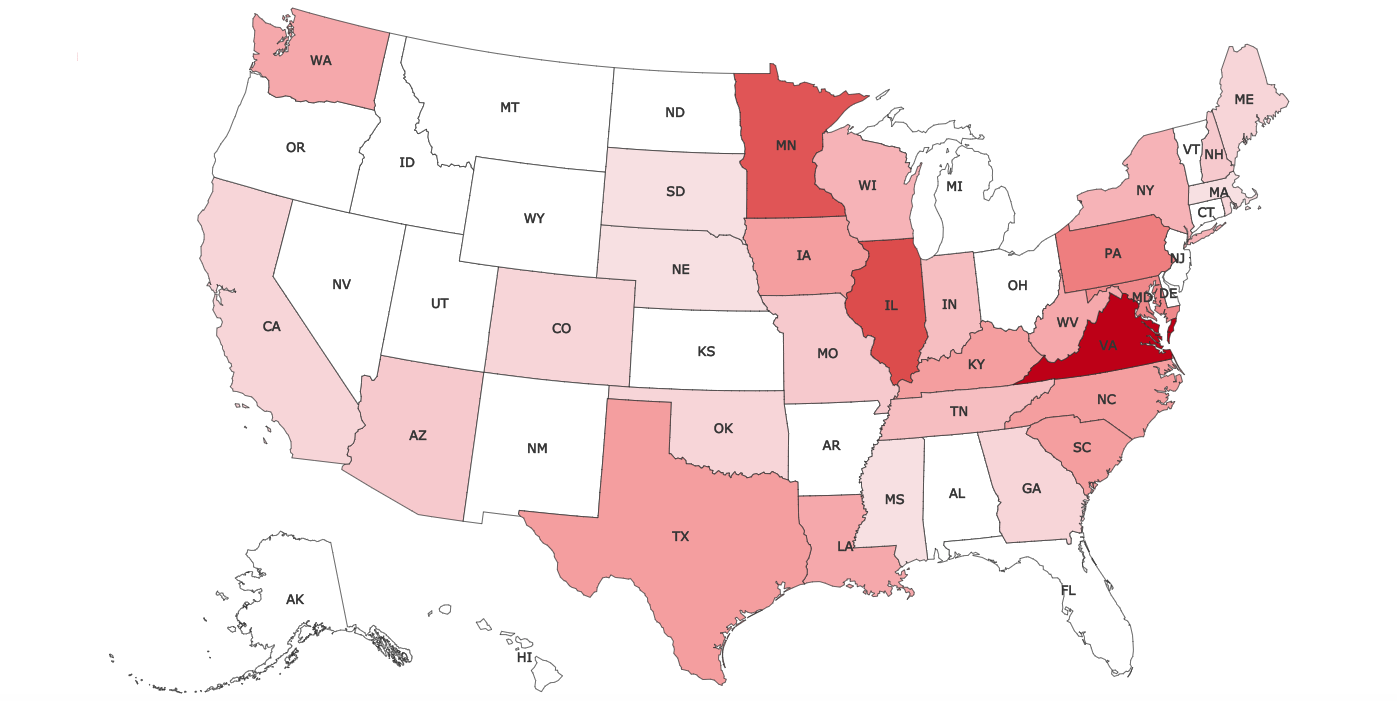 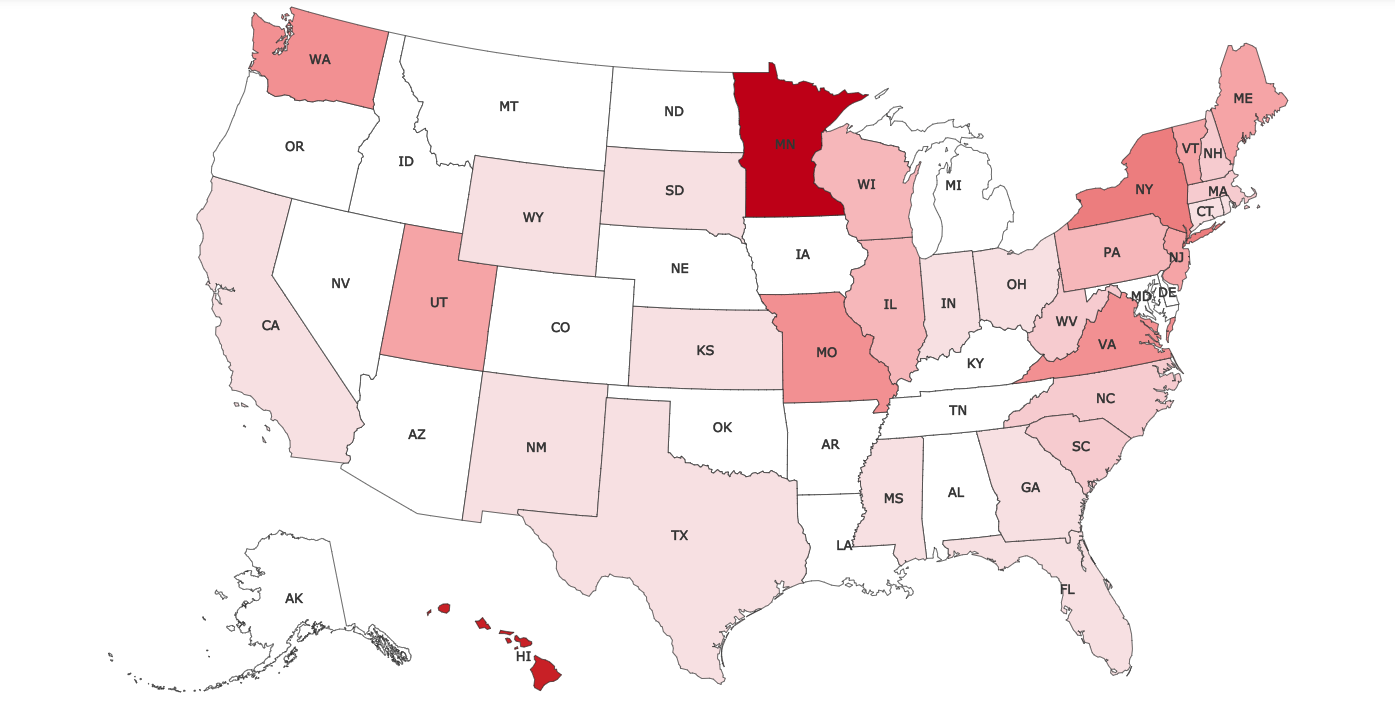 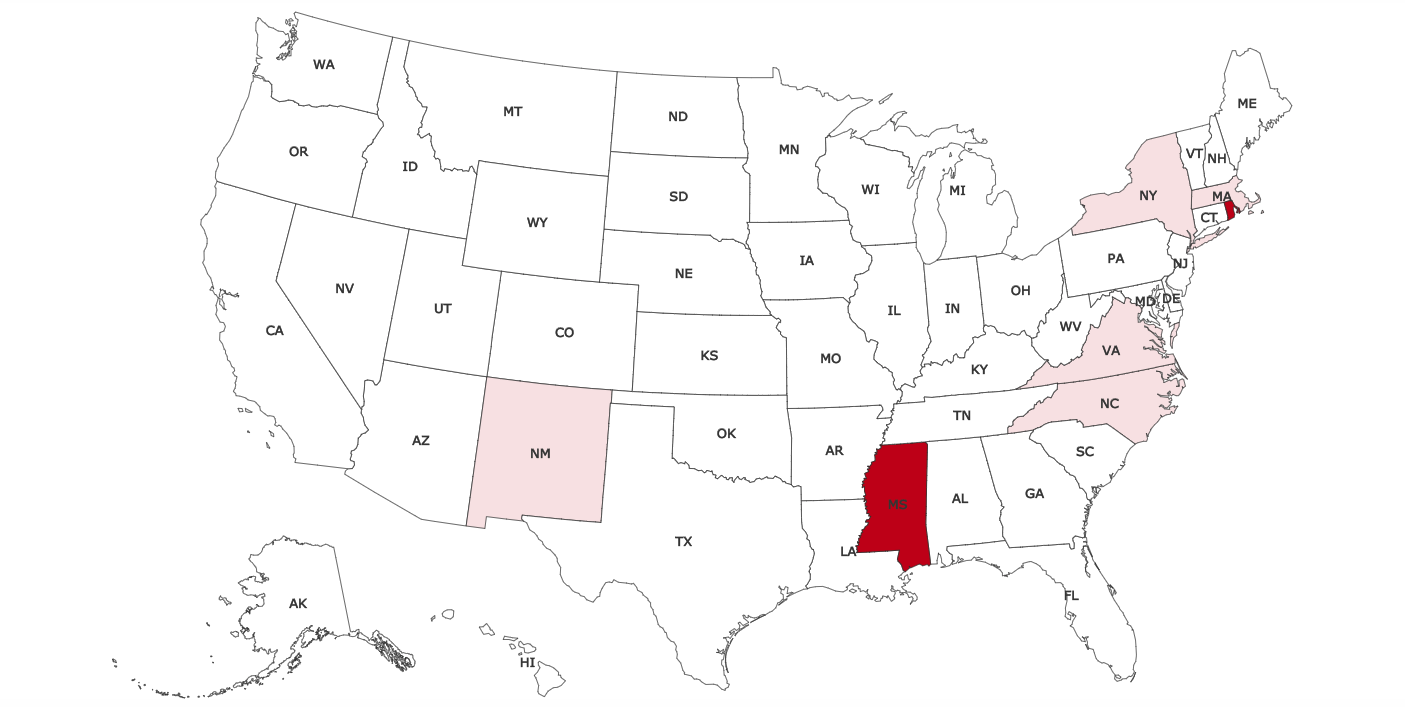