Three judges left active status, creating Article III life-term judicial vacancies. As Article III judicial positions, these vacancies must be filled by a nomination from the president. Nominations are subject to confirmation on the advice and consent of the U.S. Senate. 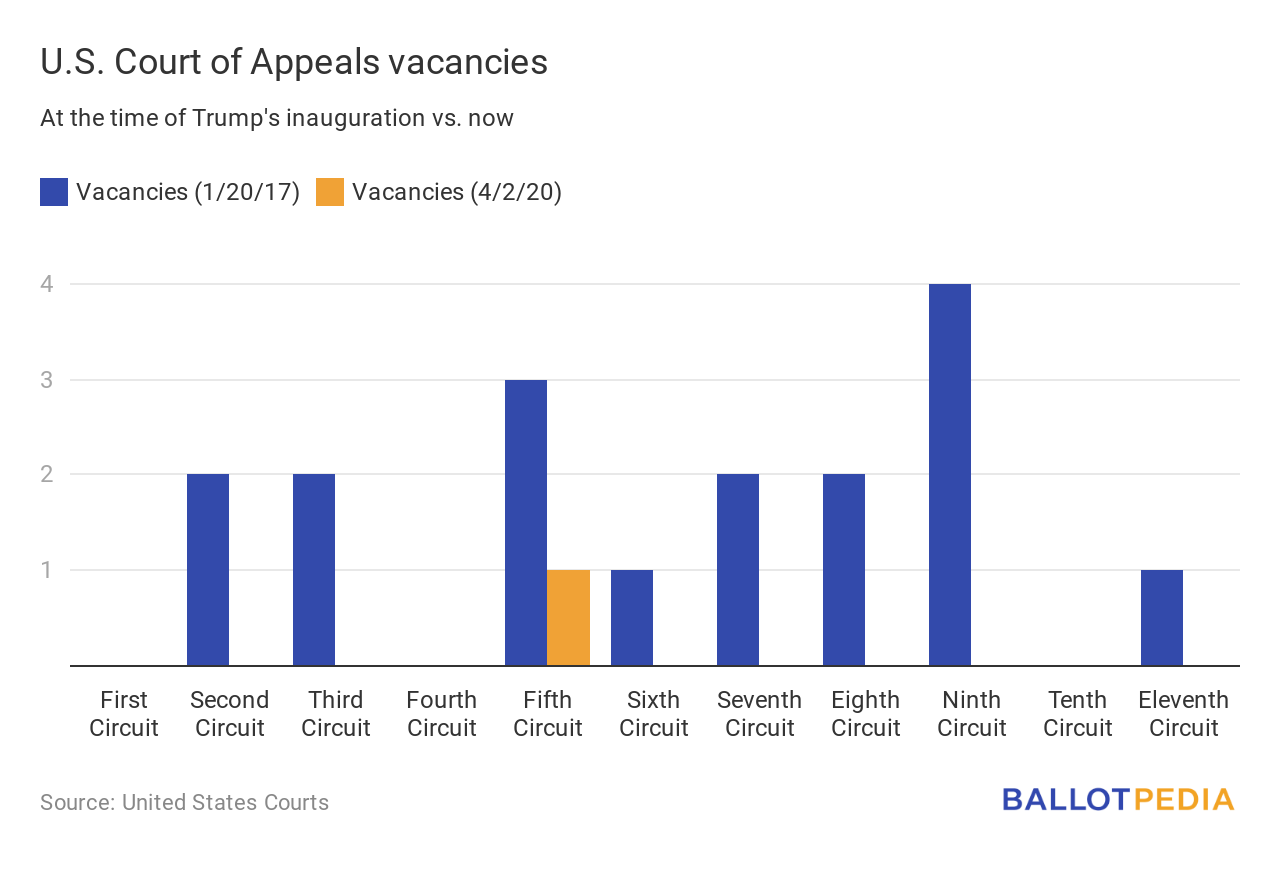 The following maps show the number of vacancies on the United States Court of Appeals at the inauguration of President Donald Trump (R) and as of April 2, 2020. 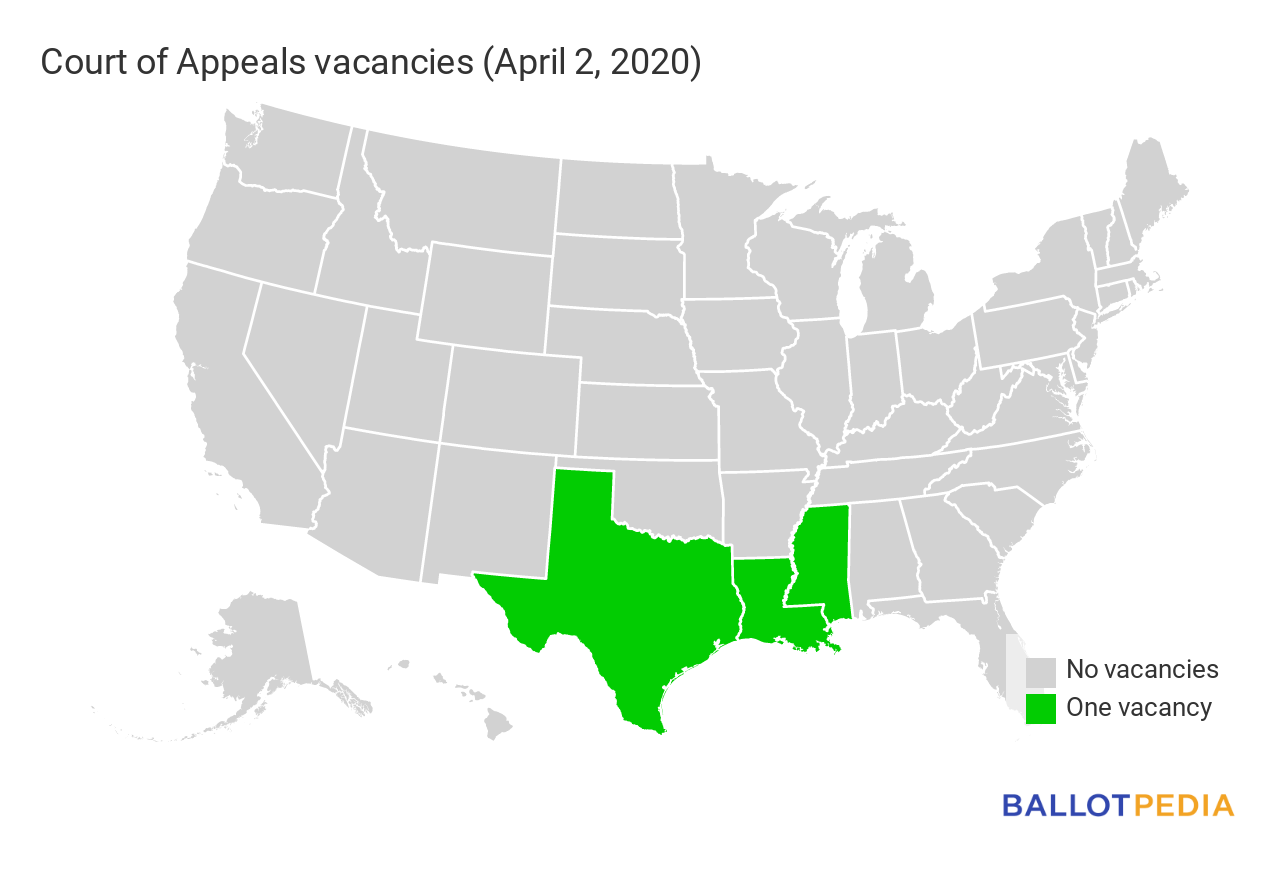