In this month’s federal judicial vacancy count, Ballotpedia tracked nominations, confirmations, and vacancies from April 3, 2020, to May 1, 2020. Ballotpedia publishes the federal judicial vacancy count at the start of each month.
HIGHLIGHTS
• Vacancies: There have been two new judicial vacancies since the March 2020 report. There are 77 vacancies out of 870 active Article III judicial positions on courts covered in this report. Including the United States Court of Federal Claims and the United States territorial courts, 83 of 890 active federal judicial positions are vacant.
• Nominations: There have been three new nominations since the March 2020 report.
• Confirmations: There have not been any new confirmations since the March 2020 report.
New vacancies
There were 77 vacancies (8.9%) out of 870 active Article III judicial positions.
• The nine-member U.S. Supreme Court does not have any vacancies.
• One (0.6%) of the 179 U.S. Appeals Court positions is vacant.
• 74 (11.0%) of the 677 U.S. District Court positions are vacant.
• Two (22.2%) of the nine U.S. Court of International Trade positions are vacant.
A vacancy occurs when a judge resigns, retires, takes senior status, or passes away. Article III judges, who serve on courts authorized by Article III of the Constitution, are appointed for life terms.
Two judges left active status, creating Article III life-term judicial vacancies. As Article III judicial positions, these vacancies must be filled by a nomination from the president. Nominations are subject to confirmation on the advice and consent of the U.S. Senate.
1. Judge Karon Bowdre assumed senior status on the U.S. District Court for the Northern District of Alabama.
2. Judge Liam O’Grady assumed senior status on the U.S. District Court for the Eastern District of Virginia.
U.S. Court of Appeals vacancies
The following chart tracks the number of vacancies on the United States Court of Appeals from the inauguration of President Donald Trump (R) to the date indicated on the chart. 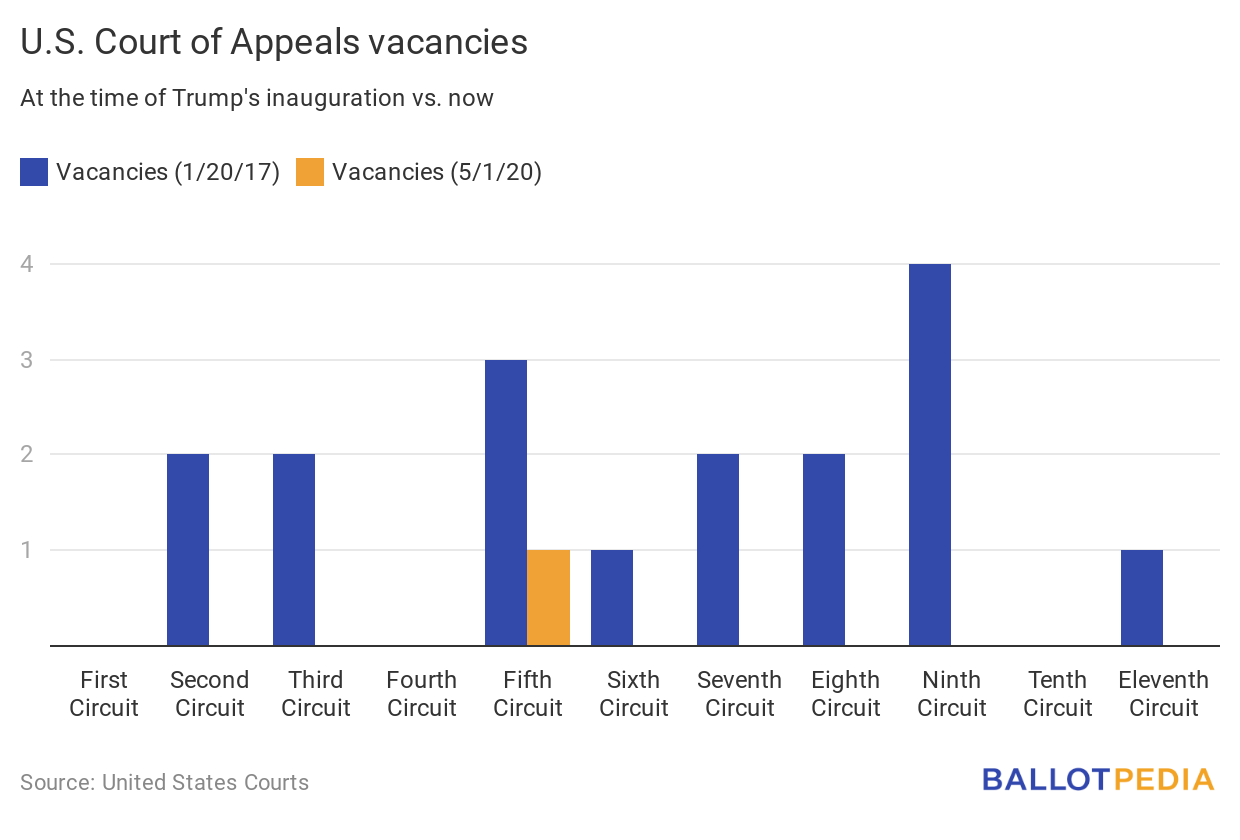 The following maps show the number of vacancies on the United States Court of Appeals at the inauguration of President Donald Trump (R) and as of May 1, 2020. 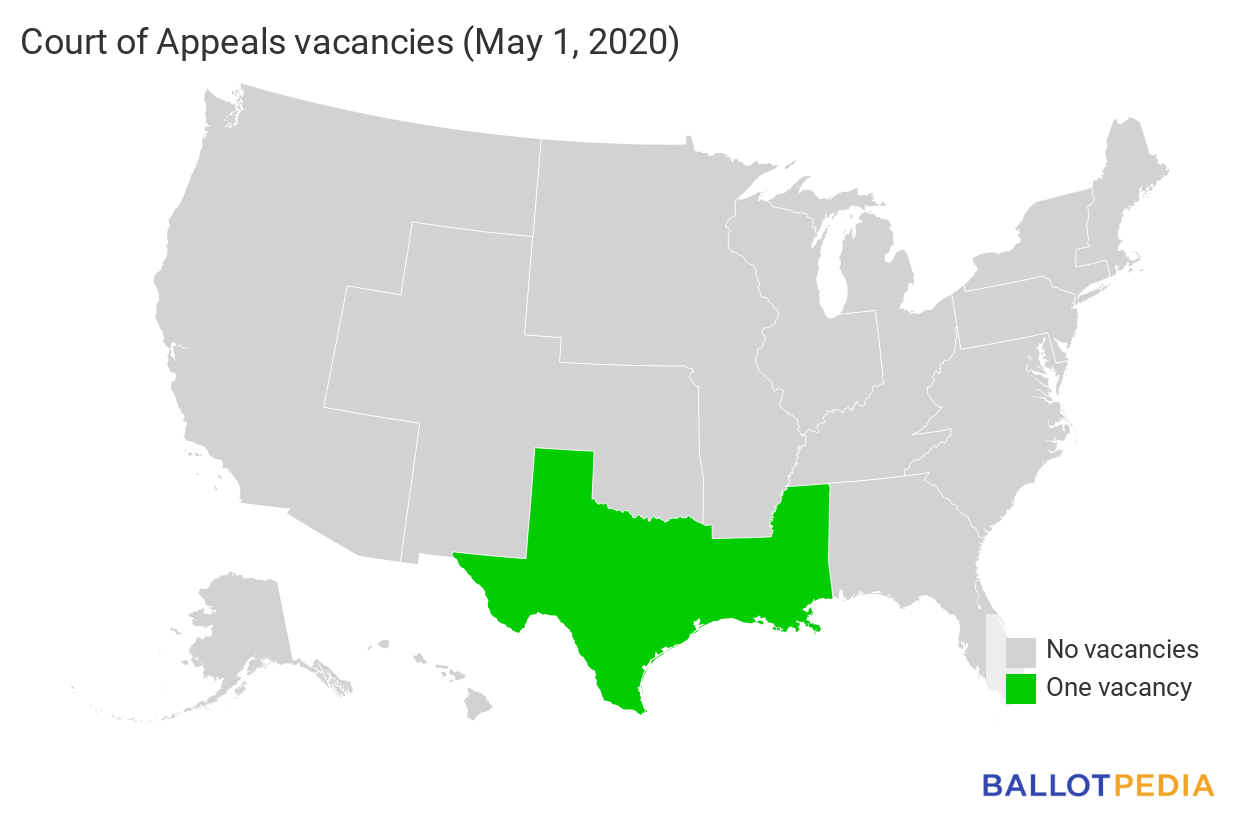 New nominations
President Trump has announced three new nominations since the March 2020 report.
1. Justin Walker, to the U.S. Court of Appeals for the D.C. Circuit
2. Aileen Cannon, to the U.S. District Court for the Southern District of Florida
3. Dirk Paloutzian, to the U.S. District Court for the Eastern District of California
Since taking office in January 2017, President Trump has nominated 255 individuals to Article III positions.
New confirmations
Since April 2, 2020, the U.S. Senate has not confirmed any of President Trump’s nominees to Article III seats. As of May 1, 2020, the Senate has confirmed 194 of President Trump’s judicial nominees—139 district court judges, 51 appeals court judges, two Court of International Trade judges, and two Supreme Court justices—since January 2017.
Additional reading: