In response to the COVID-19 outbreak, at least 12 states have modified their candidate filing procedures for certain elections. Today, we examine this topic in depth, reviewing both the permanent statutory framework for candidate ballot access and the temporary modifications made in response to the coronavirus pandemic.

Broadly speaking, there are three ways by which an individual can become a ballot-qualified candidate for elective office:

Modifications in response to the COVID-19 outbreak

Some of the social distancing policies implemented by state and local governments have complicated efforts by candidates to collect petition signatures in person. As a result, candidates have sought modifications to petition signature requirements, filing deadlines, and other candidate filing procedures.

At least 12 states have made such modifications. These states are shaded in blue in the map below. State-specific details are provided below the map. 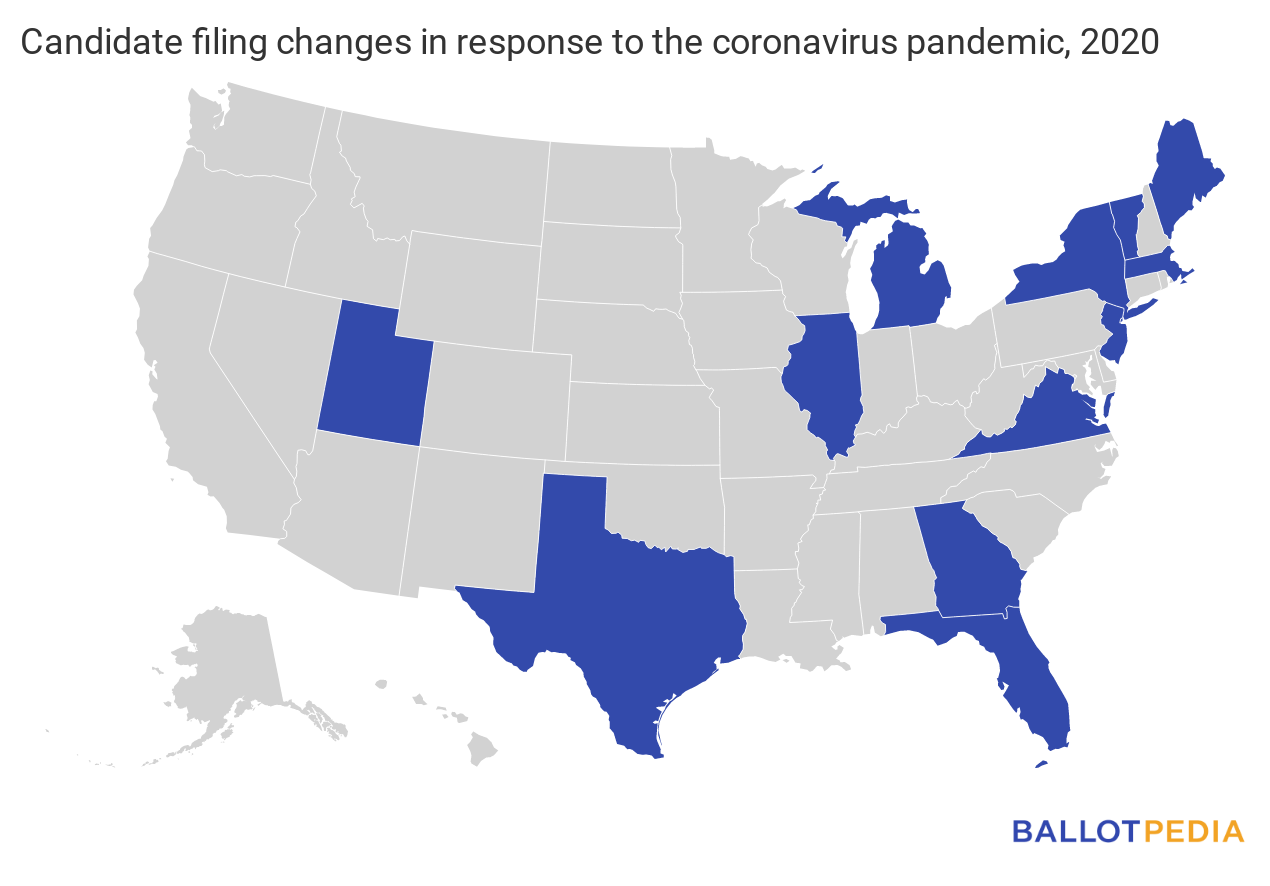 A number of these modifications have been instituted by court order. The number of lawsuits involving election administration issues in light of the COVID-19 outbreak has been increasing in recent weeks. To date, we’ve tracked 43 such lawsuits across 24 different states. Orders have been issued, or settlements have been reached, in 15 of those lawsuits.

For example, on April 17, the Massachusetts Supreme Judicial Court issued an order extending the candidate filing deadlines for district and county races to May 5 and June 2, respectively. The high court reduced candidate petition signatures requirements to 50 percent of their statutory requirements. The court also authorized candidates to collect petition signatures electronically.

To date, 20 states and one territory have postponed or canceled upcoming state-level elections. These states are shaded in dark blue on the map below. In another five states, state-level officials have modified, or have authorized the modification of, municipal election dates. These states are shaded in light blue on the map below. 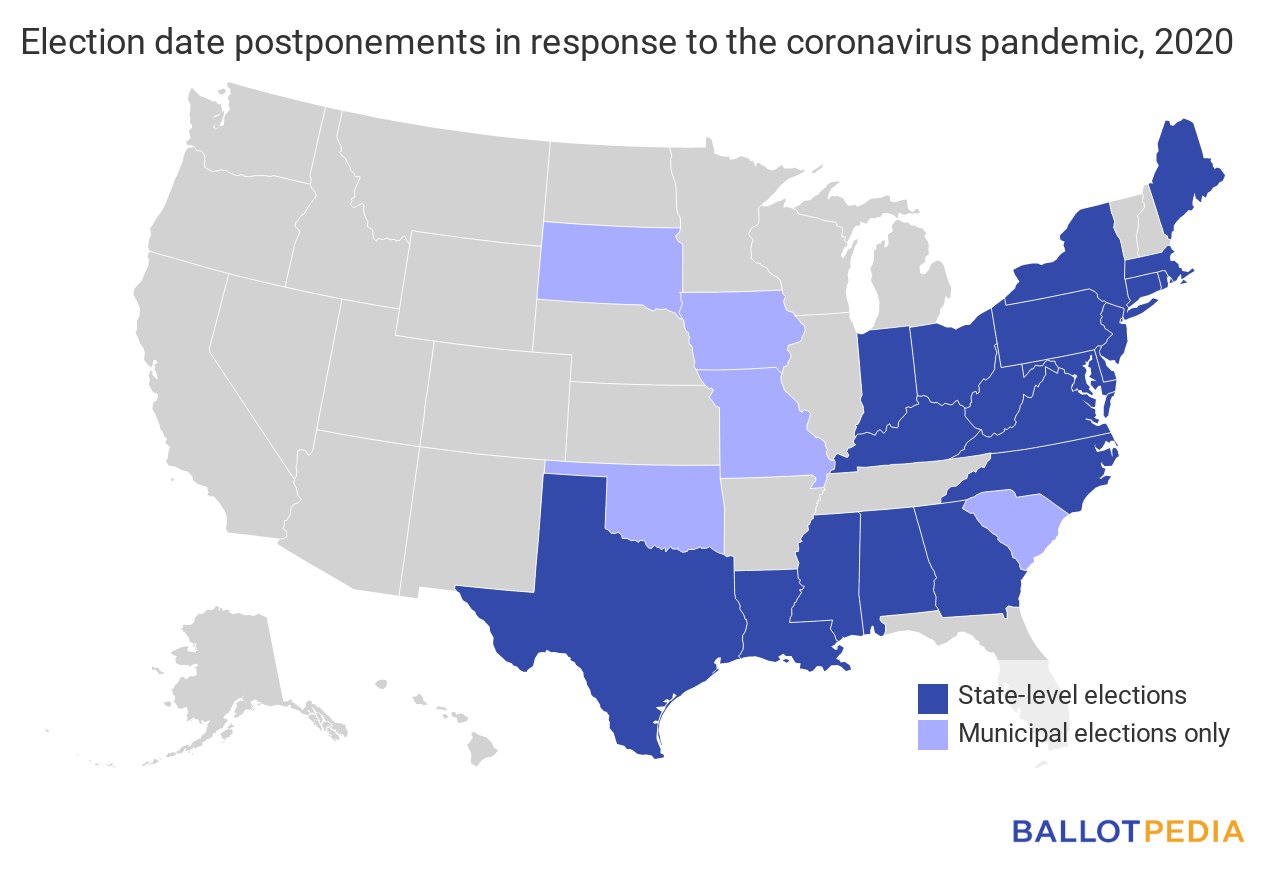 To date, 26 states have made modifications to their absentee/mail-in voting procedures. These modifications can be divided into five broad categories: 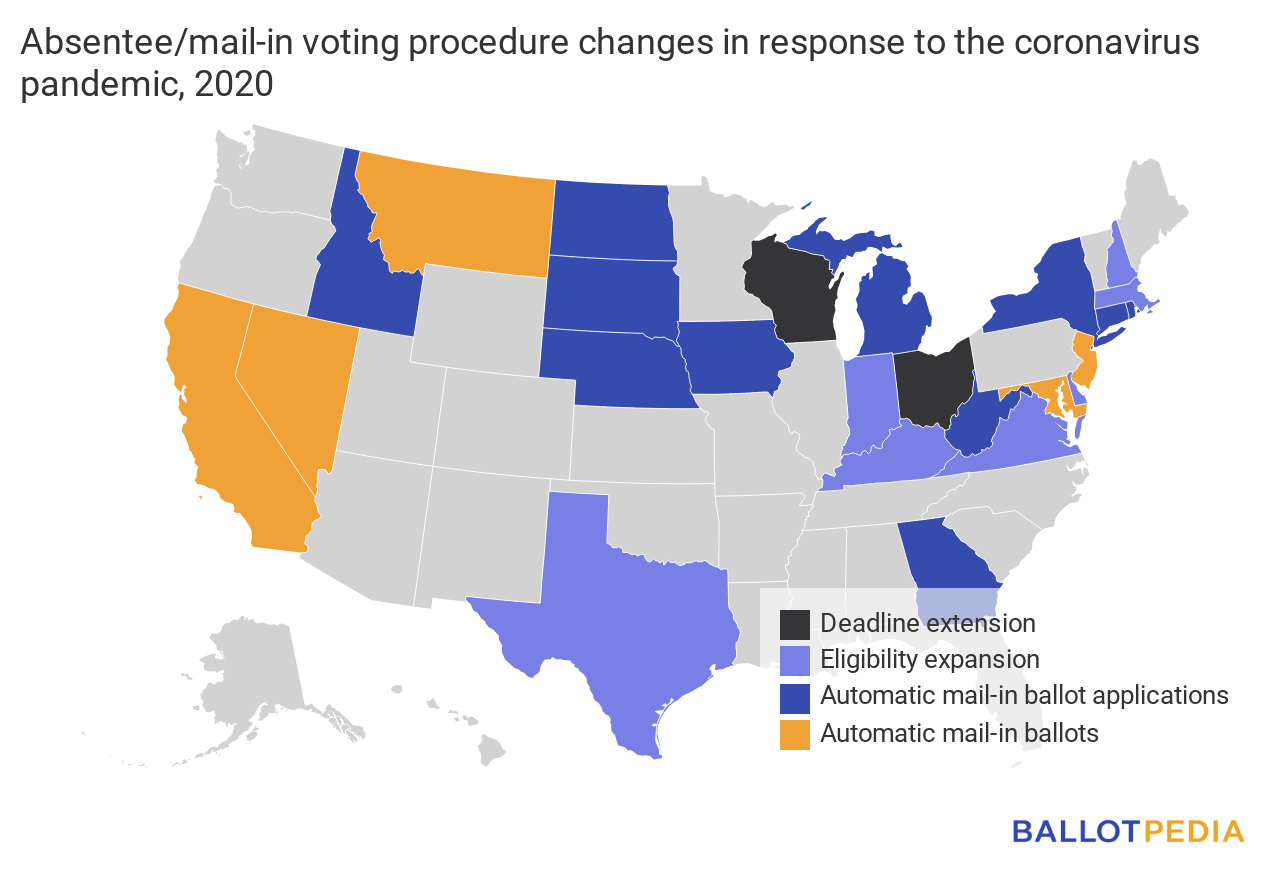 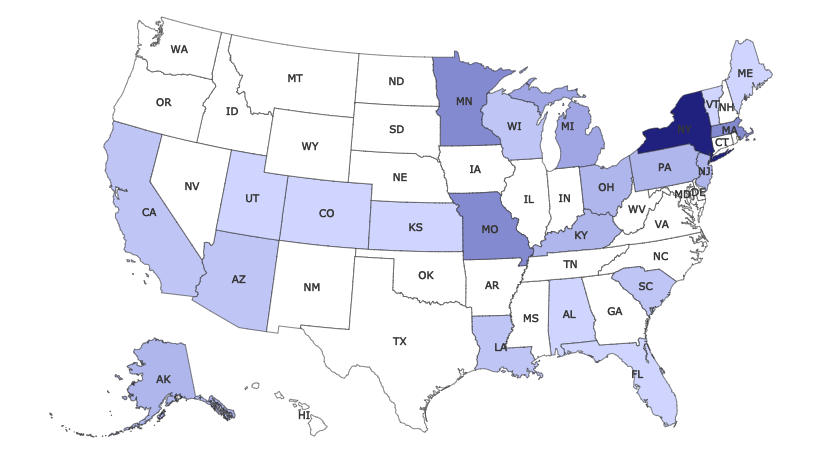 In light of the COVID-19 outbreak, the U.S. Department of Commerce and the U.S. Census Bureau announced on April 13 that they would ask Congress for a four-month extension of the statutory deadline for delivering redistricting-related census data to the states. If that extension is granted, the states will receive that data in July 2021 as opposed to February or March 2021.

This will have a considerable impact on the redistricting process in the states. In a recent newsletter, political pundit Jim Ellis outlined some of the complications that might result from this proposed postponement:

“First, the political leaders in New Jersey and Virginia, places that have 2021 elections and need their new state legislative lines in place well before that date, would find themselves in a difficult position. Initially, the two states would certainly have to postpone their primary elections because both nominate their general election candidates in June.  Beyond that, it is possible they would have to even postpone their general elections into [2022] or run in the obsolete boundaries that were drawn back in 2011.  In either case, we could expect lawsuits being launched from whichever party loses a particular electoral contest.”

“Other states would be affected, too.  Many have legal deadlines in place mandating that the new redistricting maps for state legislature and the US House delegation be adopted before the legislative sessions ends.  Most states recess before mid-summer, which would mean special sessions being called if the legislature is to act.”

In our May 20 issue, we will explore this issue in greater depth.