Comparing legislative activity in 2020 and 2019

In this week’s edition, we compare legislative activity on public-sector labor issues in the first seven months of 2020 with activity during the same period in 2019.

In the first seven months of 2020, legislatures nationwide have taken up 99 bills related to public-sector labor policy. This is roughly on par with the number of relevant bills taken up during the same period in 2019. Three bills became law.

Although sessions in many states were either suspended or otherwise affected as a result of the COVID-19 outbreak, the similarity between the total number of bills introduced or carried over in 2019 and 2020 shows that most of this activity occurs in the first two or three months of the year when legislatures first convene.

The stacked bar chart below compares the 2019 and 2020 figures by partisan affiliation of bill sponsors. 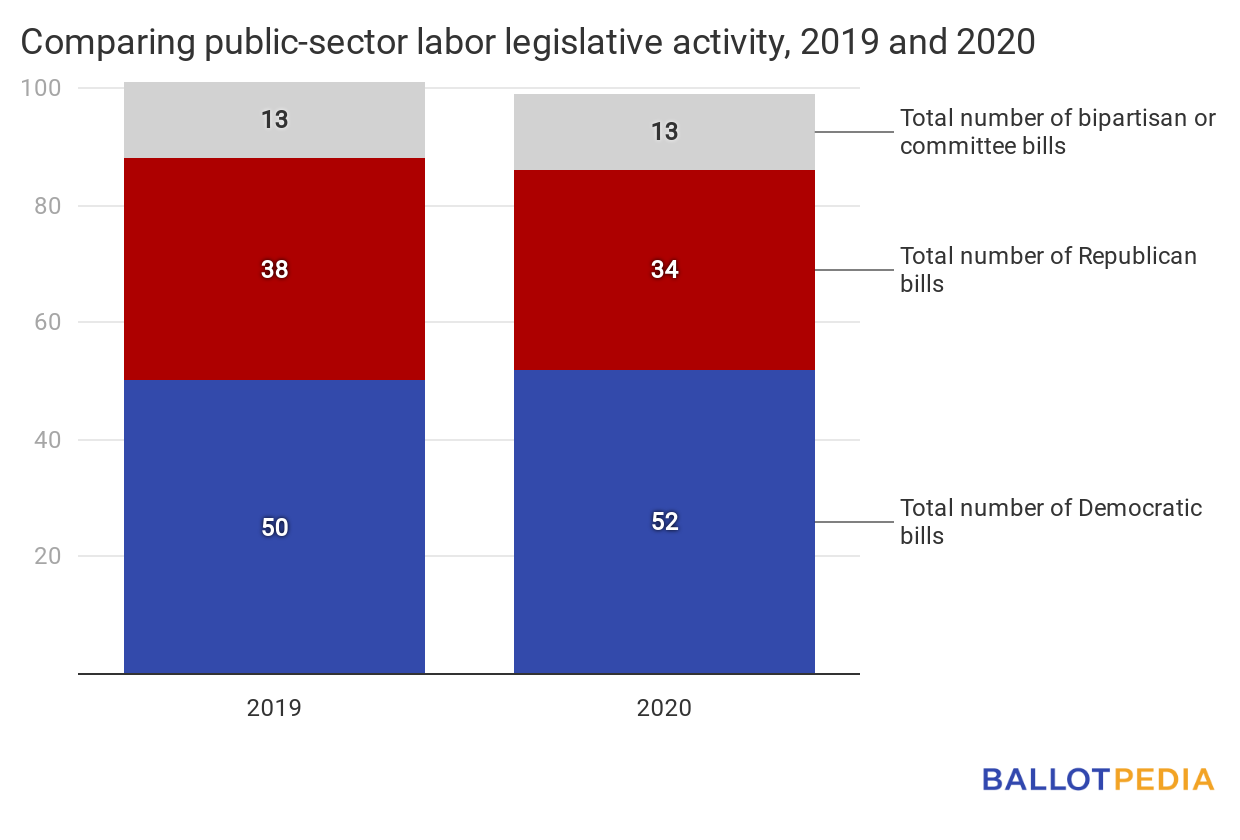 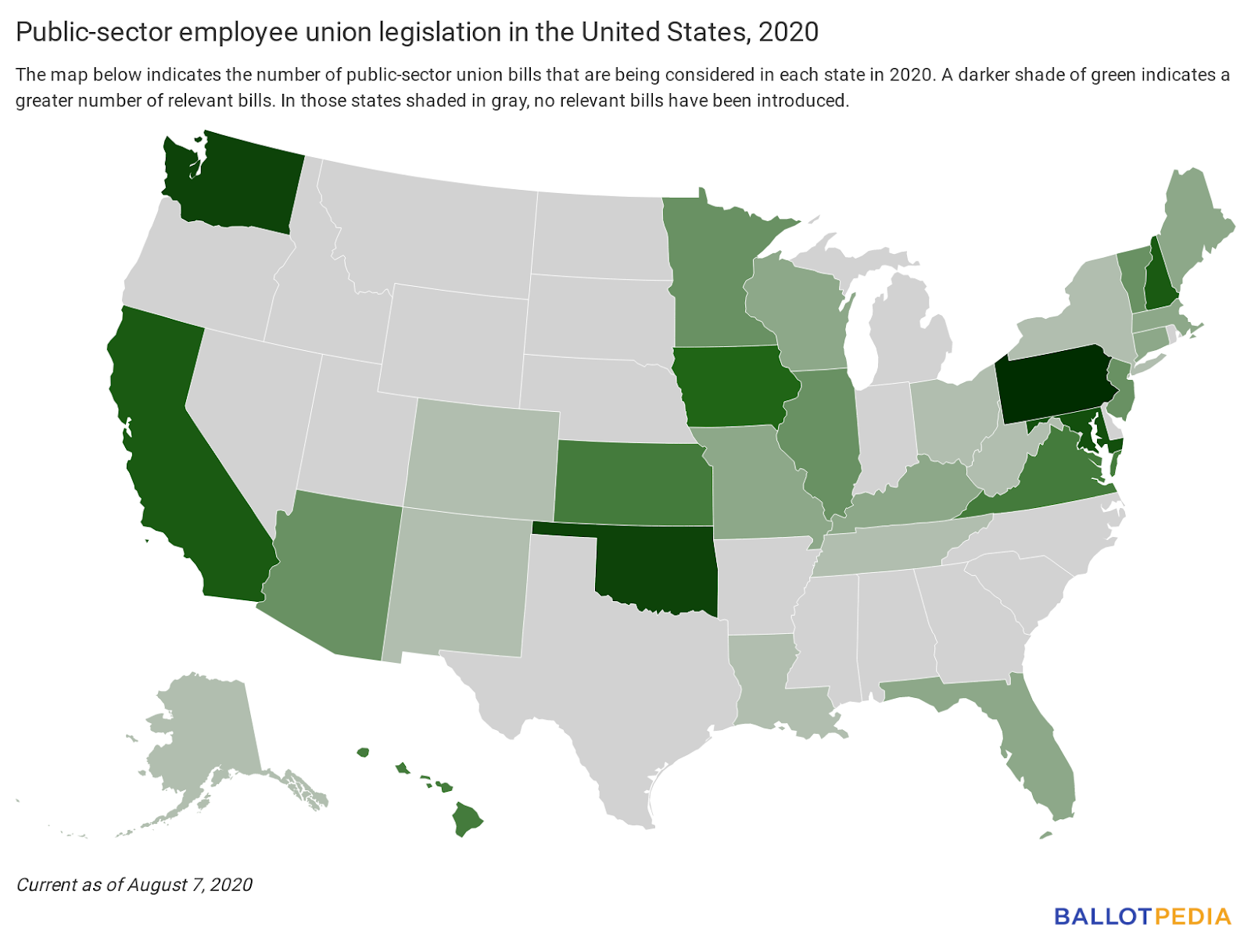 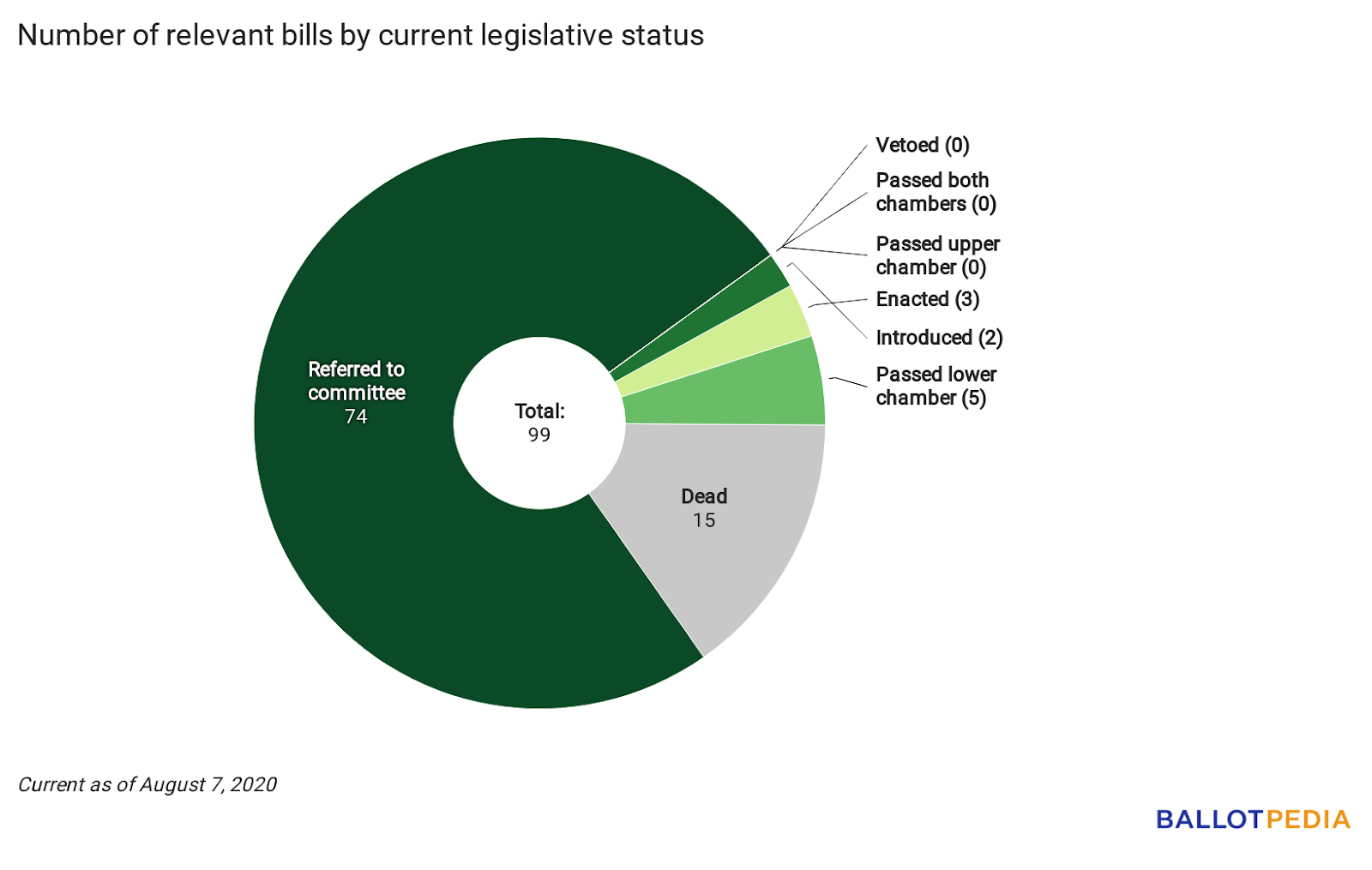 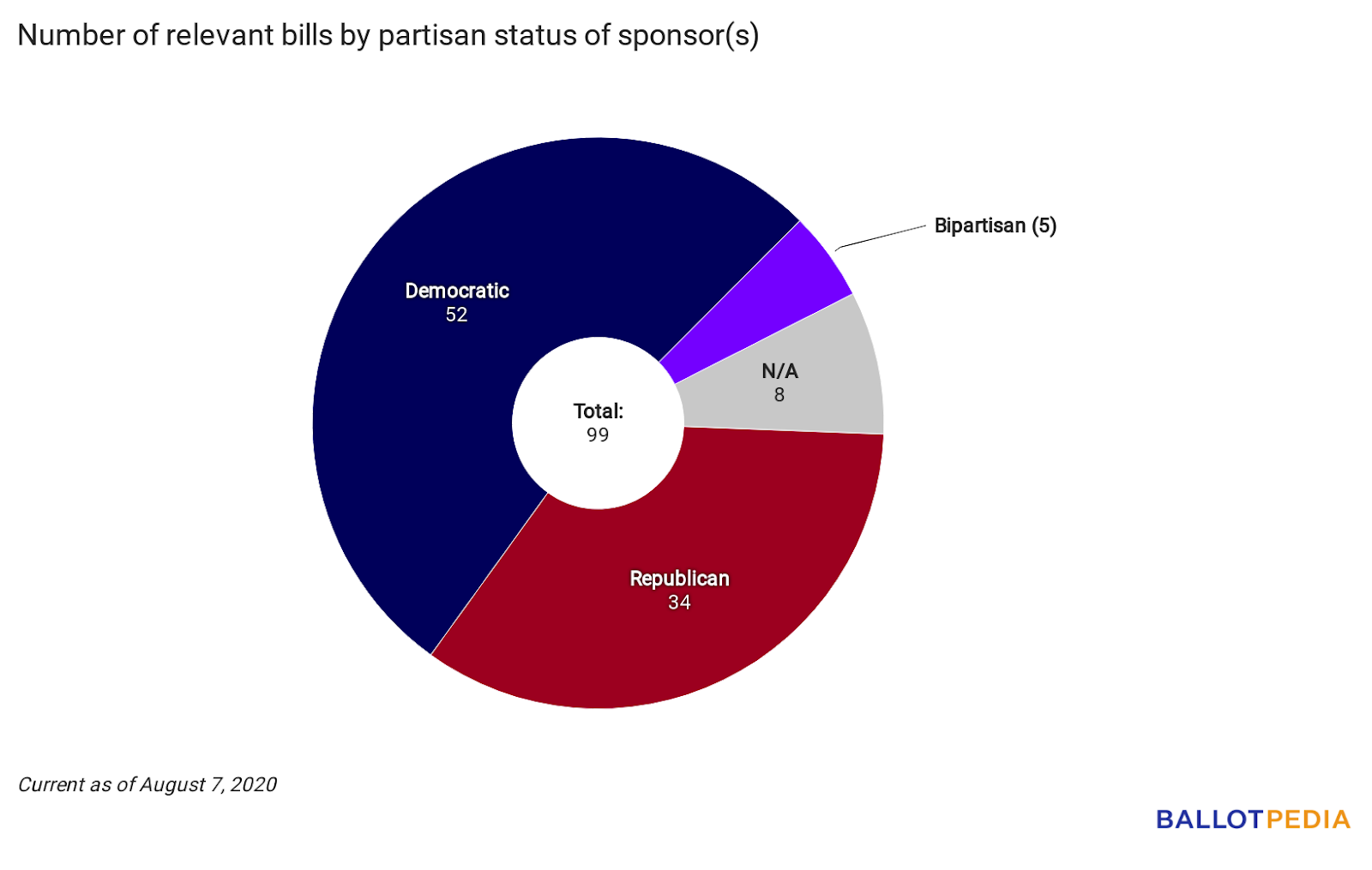