This is the first time there have been no federal appeals court vacancies since at least 1977. Between January 1, 1977, and January 1, 2019, an average of 9.6% of U.S. Circuit Court of Appeals judgeships were vacant. 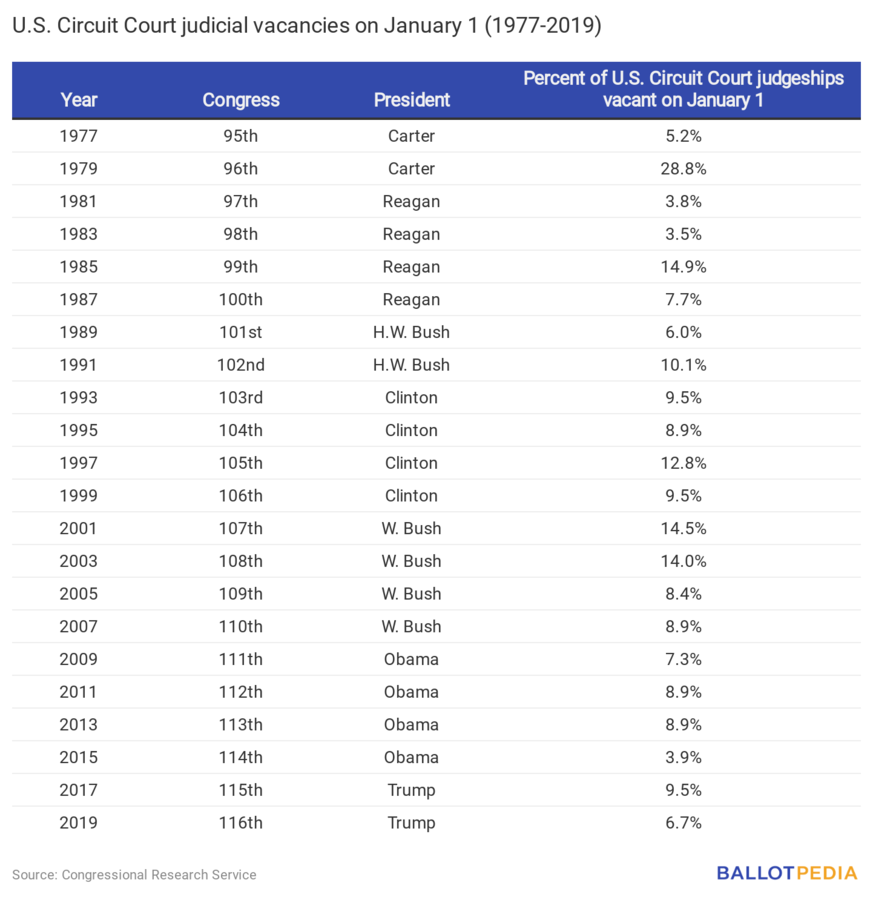