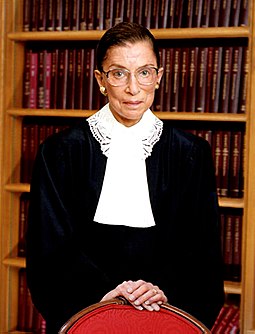 She served on the United States Court of Appeals for the District of Columbia Circuit from 1980 to 1993. She began her legal career in academia, teaching at Rutgers University Law School and Columbia Law School, in addition to directing the Women’s Rights Project of the American Civil Liberties Union.

Article II, Section 2 of the U.S. Constitution gives the president the authority to nominate Supreme Court justices, and they are appointed with the advice and consent of the United States Senate.

The average vacancy length on the Supreme Court since 1962—when defined as the length of time elapsed between a Justice’s departure date and the swearing-in of their successor—is 88 days. Four of these vacancies lasted for only a few hours each; the successor was sworn in the same day the retiring Justice officially left office. The longest vacancy under this definition was 422 days, following the death of Justice Antonin Scalia.