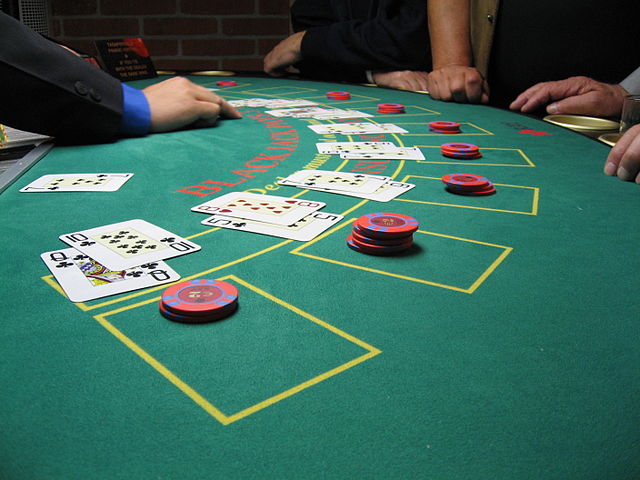 Nebraska Governor Pete Ricketts (R) donated $100,000 to Gambling with the Good Life, the campaign opposing Initiatives 429, 430, and 431. Together, the initiatives would authorize, regulate, and tax gambling at licensed horse racetracks. Gambling with the Good Life reported receiving over $139,000 in cash contributions. The other top two donors to the campaign were the Archdiocese of Omaha and Cornhusker Bank.

Initiatives 429, 430, and 431 are sponsored by Keep the Money in Nebraska, which reported receiving a total of $3.4 million in contributions from Ho-Chunk, Inc., a developer owned by the Winnebago Tribe of Nebraska.

Mike Newlin, general manager of Horsemen’s Park and Lincoln Race Course, said, “[If this measure passes], we’d finally be able to reap the rewards that we’ve been giving our neighbor states in entertainment and gambling dollars. The overall impact is not only the tax revenue but the jobs that would be created. The ancillary work that would come with casino gambling, increased horse racing, and things like that will have a huge economic effect.”

Initiative 431 would impose an annual tax of 20% on gross gambling revenue of licensed gaming operators. The tax revenue would be distributed as follows:

In 2019, Missouri had the highest gross gaming revenue ($1.73 billion) and taxes generated ($997.8 million) among the states bordering Nebraska. The average amount of taxes generated among the five states bordering Nebraska with commercial gaming was $469.3 million. South Dakota had the lowest flat tax rate with 9% on gross gaming revenue, and Kansas had the highest with 27%.

In 2020, three states will be voting on four measures related to gambling. 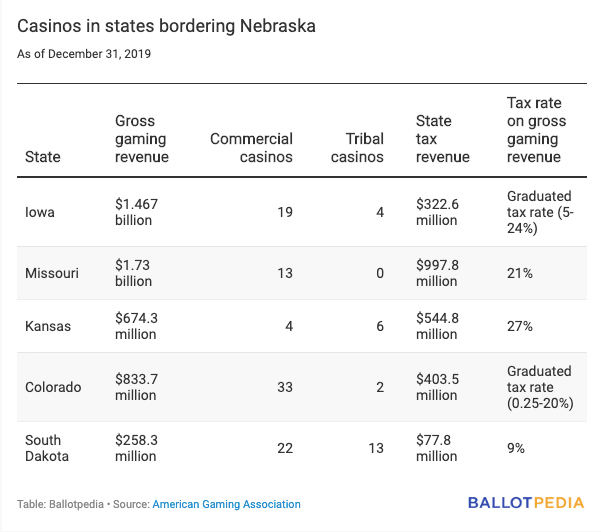