Welcome to the Monday, Oct. 26, Brew. Here’s what’s in store for you as you start your day:

Last week, we talked about the life cycle of an election ballot and how and when 2020 election results will be certified in excerpts from Ballotpedia’s 2020 Election Help Desk newsletter.

Today, let’s talk about how voter signatures are verified.

The New York Times published information explaining how election workers analyze a voter’s handwriting. It is summarized below:

Click the link below to learn more about signature verification, and click here to subscribe to the Help Desk and receive that newsletter in your inbox this afternoon.

Earlier this month, a generous donor offered to match our donations if we could raise $50,000. The support from readers like you has been amazing and we have already unlocked that match! All of the donations you have made to support Ballotpedia’s work have been doubled!

All donations up to $100,000 will now be matched, resulting in $200,000 of support for election coverage, analysis, and emails like The Daily Brew.

Thank you so much for your support of Ballotpedia and for making our fundraiser such an enormous success already. If you haven’t given yet, there’s still time left for your donation to have double the impact!

Forty states down. Ten to go. Eight days until election day. Let’s kick off our fifth and final week of our 50 States in 25 Days series with a look at Connecticut and Minnesota. If you missed a day, here are the states we’ve highlighted so far, along with a map summarizing where we are in the series: 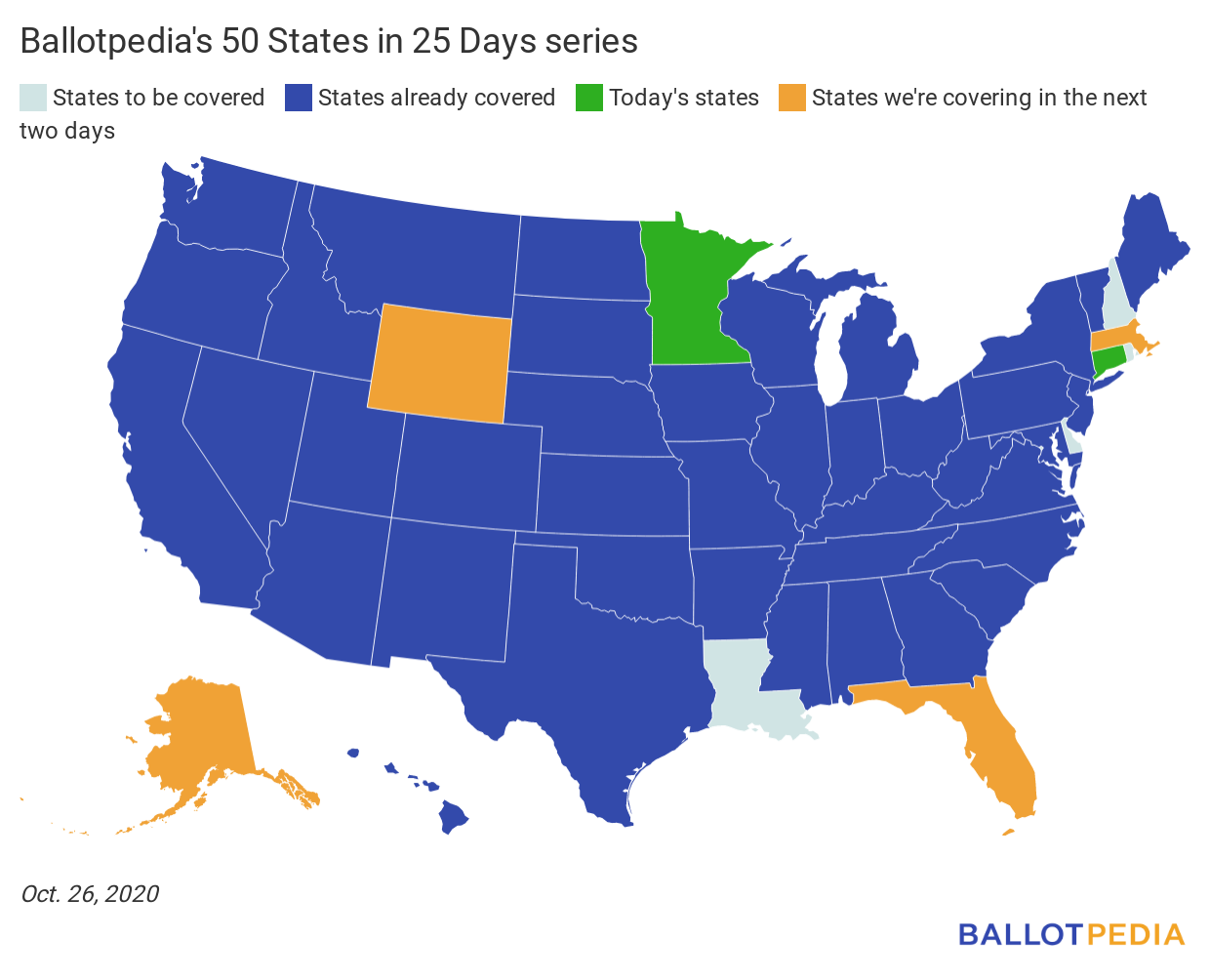 On the ballot in Connecticut

At the federal level, Connecticut voters will elect seven presidential electors and five U.S. Representatives. Both chambers of the state legislature are on the ballot, with all 36 seats up in the state Senate and all 151 state House districts.

There are no statewide ballot measures in Connecticut this year.

On the ballot in Minnesota

At the federal level, Minnesota voters will elect 10 presidential electors, one U.S. Senator, and eight U.S. Representatives. Both chambers of the state legislature are on the ballot, with all 67 seats up in the state Senate and all 134 state House districts. One seat on the state supreme court and four intermediate appellate court seats are on the ballot. Ballotpedia is tracking local elections taking place in two counties, one city, and two school districts.

There are no statewide measures in Minnesota this year.