On December 15, Ballotpedia released its year-end analysis of statewide ballot measures in 2020.

Voters in 34 states decided 129 statewide ballot measures in 2020. Ninety-three were approved and 36 were defeated. One hundred and twenty measures were on the November 3 ballot. Nine measures were on ballots earlier in the year or on December 5. There were also three measures (one each) in the District of Columbia and the U.S. territories of Puerto Rico and the U.S. Virgin Islands. All three were approved.

• a breakdown of measures by topic

• a breakdown of approval rates by measure type

• historical comparisons of the numbers and types of measures

• a comparison of the number of referrals to previous years

Below are some highlights from the report. For more information, graphics, and data, read the full analysis.

• the first-ever appearance of gig-economy policies on a statewide ballot,

• a veto referendum on cash bail,

• an affirmative action initiative, and

The 129 statewide measures voted on this year were the lowest number on even-year ballots since at least 1980. The recent high point was in 1998, with 272 measures. This year’s total is 26% lower than the average of 172 statewide measures in even-numbered years from 2010 through 2018. 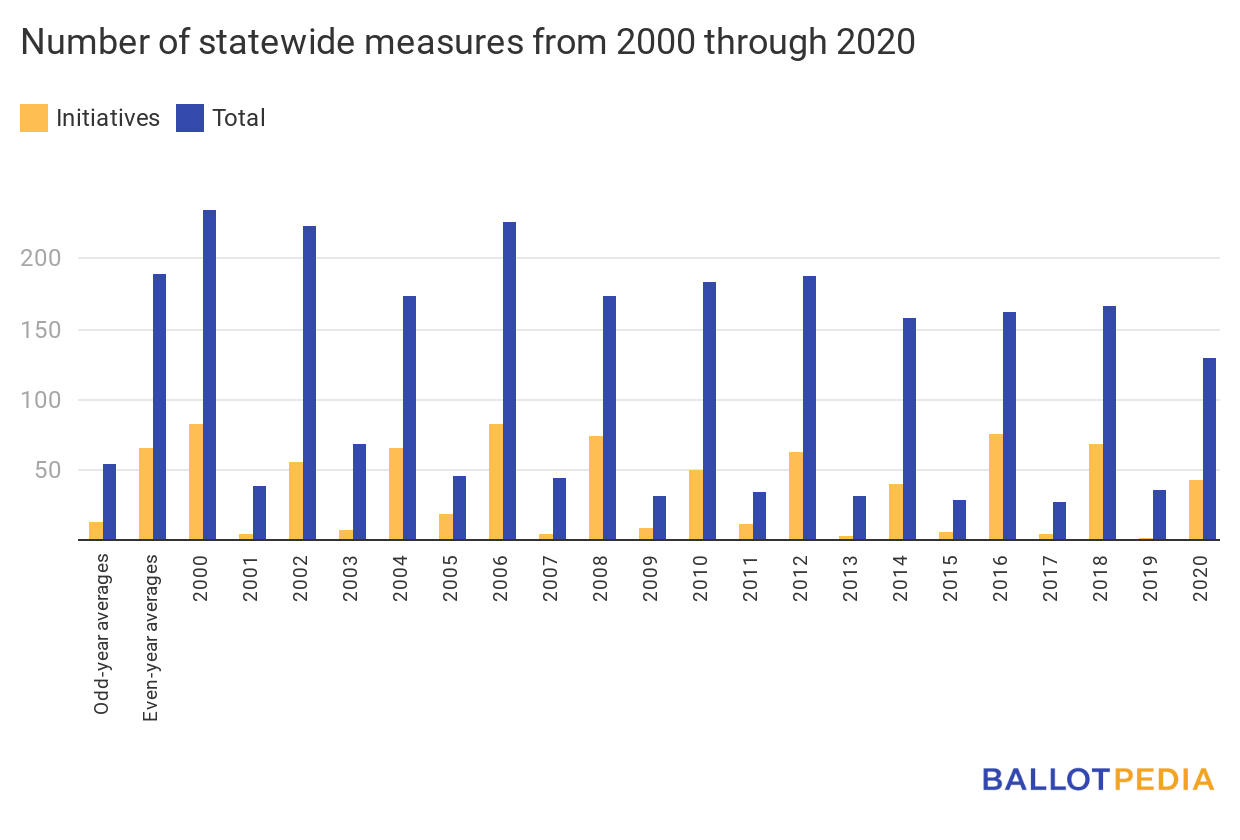 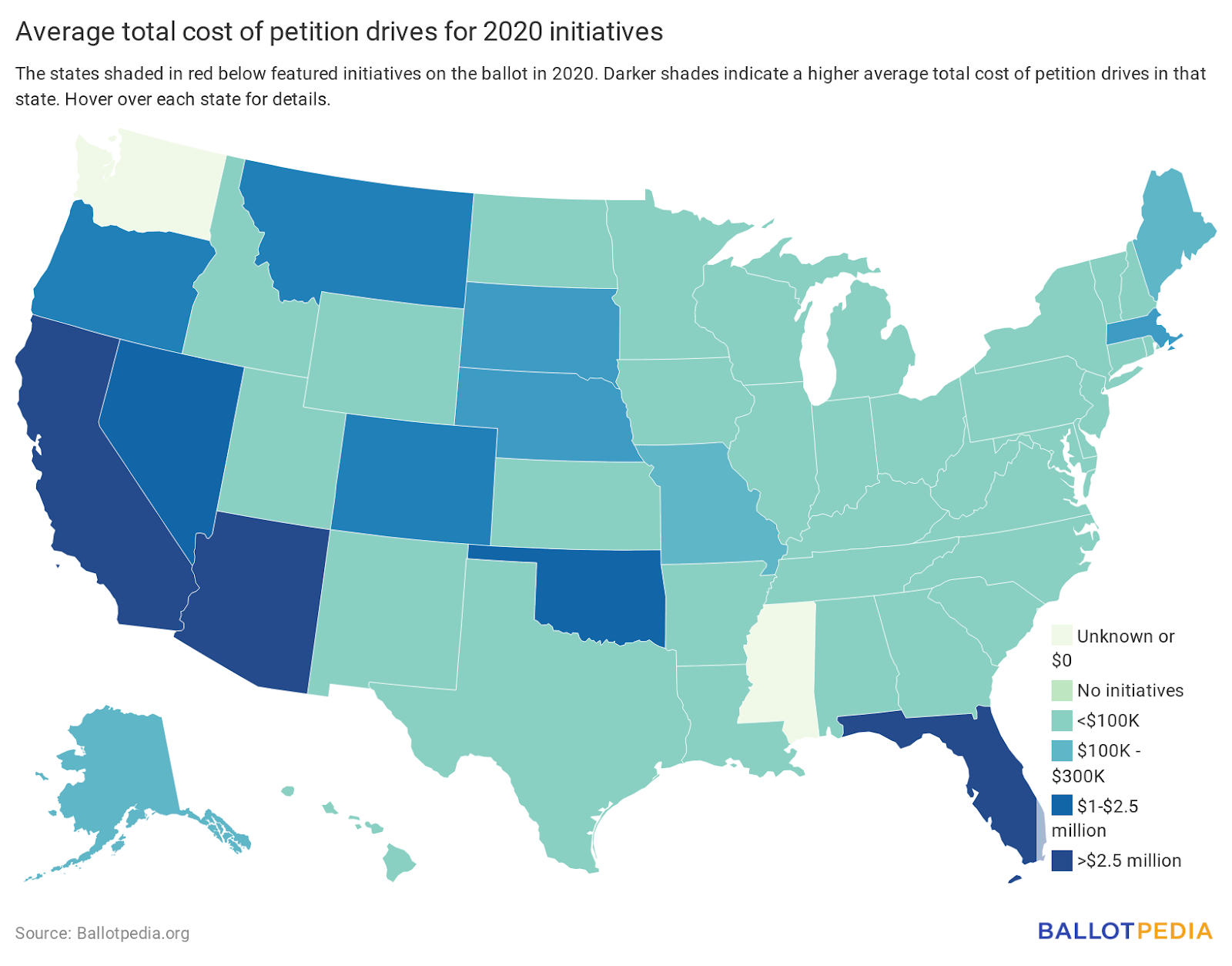 California had 61.5% of all ballot measure campaign finance activity in 2020. Of the 10 most expensive measures in 2020, eight were citizen-initiated measures and two were legislatively referred measures. Six were in California. The other four were in Illinois, Massachusetts, Arizona, and Alaska.

The average Flesch-Kincaid Grade Level score for this year’s ballot titles was 17—equivalent to a first-year graduate school reading level. The average grade for all measures in a single state averaged together ranged from 10 in Rhode Island, Washington, and Wyoming to 32 in Virginia.

Seven bond measures proposed a total of $20.82 billion in new debt in California ($20.5 billion), Maine ($120 million), and New Mexico ($199 million). A $15 billion school and college bond in California failed. The other six were approved.

Voters in 14 states decided 21 ballot measures on tax policy. Seventeen of the measures were approved and four were defeated.