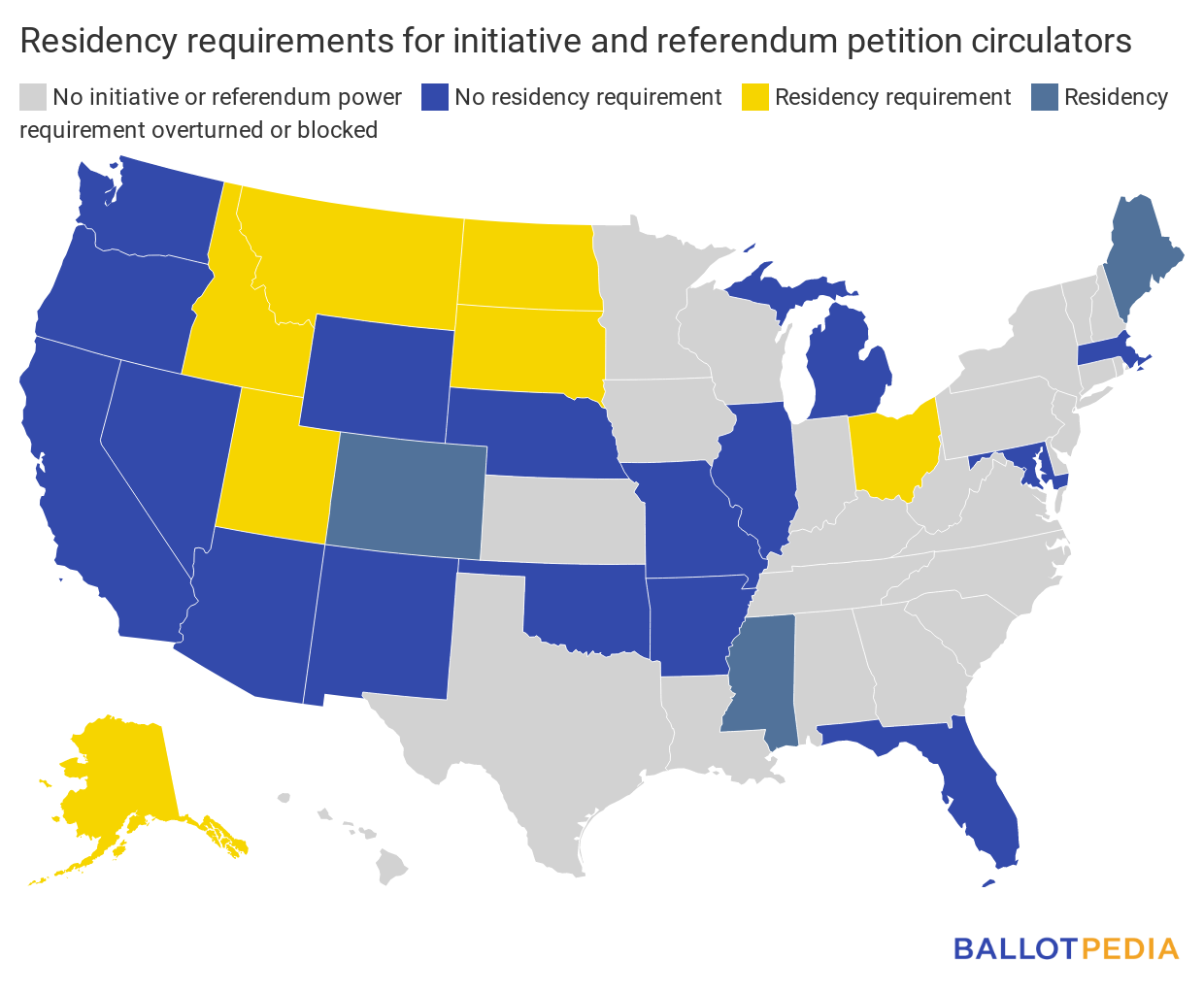 On Feb. 16, U.S. District Court Judge John Woodcock blocked Maine from enforcing provisions of its state constitution and a 2015 law requiring petition circulators to be registered voters, and, therefore, state residents. Woodcock ruled that “the First Amendment’s free speech protections trump the state’s regulatory authority.” Secretary of State Shenna Bellows could appeal the ruling to the First Circuit Court of Appeals. The ruling also said, “The Court framed its opinion as a prelude to a challenge to the Court of Appeals for the First Circuit for a more authoritative ruling.”

The ruling makes it possible for proponents of a 2022 ballot initiative that would amend the state’s voter qualification statute to say that a person must be a citizen to vote to qualify the measure for the 2022 ballot. Rep. William Faulkingham (R-136) initially filed the ballot initiative in 2019 and, after suspending the campaign due to a lack of funds that year, relaunched it targeting the 2022 ballot.

Rep. Faulkingham, his political action committee We the People PAC, the Liberty Initiative Fund—which is providing funding for signature gathering—and Nicholas Kowalski—a petition circulator from Michigan—were plaintiffs in the lawsuit. They argued that the U.S. Supreme Court has ruled that “ballot access rules which reduce the pool of available circulators of initiative petitions is a severe impairment” and that residency requirements significantly impede their ability to qualify their measure for the ballot. Plaintiffs also argued that the circulator restrictions prevent them from associating with a large portion of the available professional petition circulators and that requiring out-of-state circulators to register with the state is sufficient to safeguard the integrity of the initiative process.

As of Feb. 17, Faulkingham said the campaign had gathered 88,000 signatures. A total of 63,067 valid signatures are required by Feb. 26, 2021, to qualify the measure for the 2022 ballot. Woodcock’s ruling, provided it is not appealed or is upheld upon appeal, allows the initiative campaign to use the signatures collected by out-of-state circulators.

Similar measures explicitly requiring citizenship to vote were approved by voters in Alabama, Colorado, and Florida in 2020 and in North Dakota in 2018.

As of February 2021, seven states—out of the 26 with a statewide initiative or veto referendum process—had residency requirements for ballot initiative petition circulators. An additional three states—Colorado, Maine, and Mississippi—had requirements in their laws, but federal courts had invalidated or blocked the enforcement of the laws.