Welcome to the Friday, April 2, Brew. Here’s what’s in store for you as you start your day: 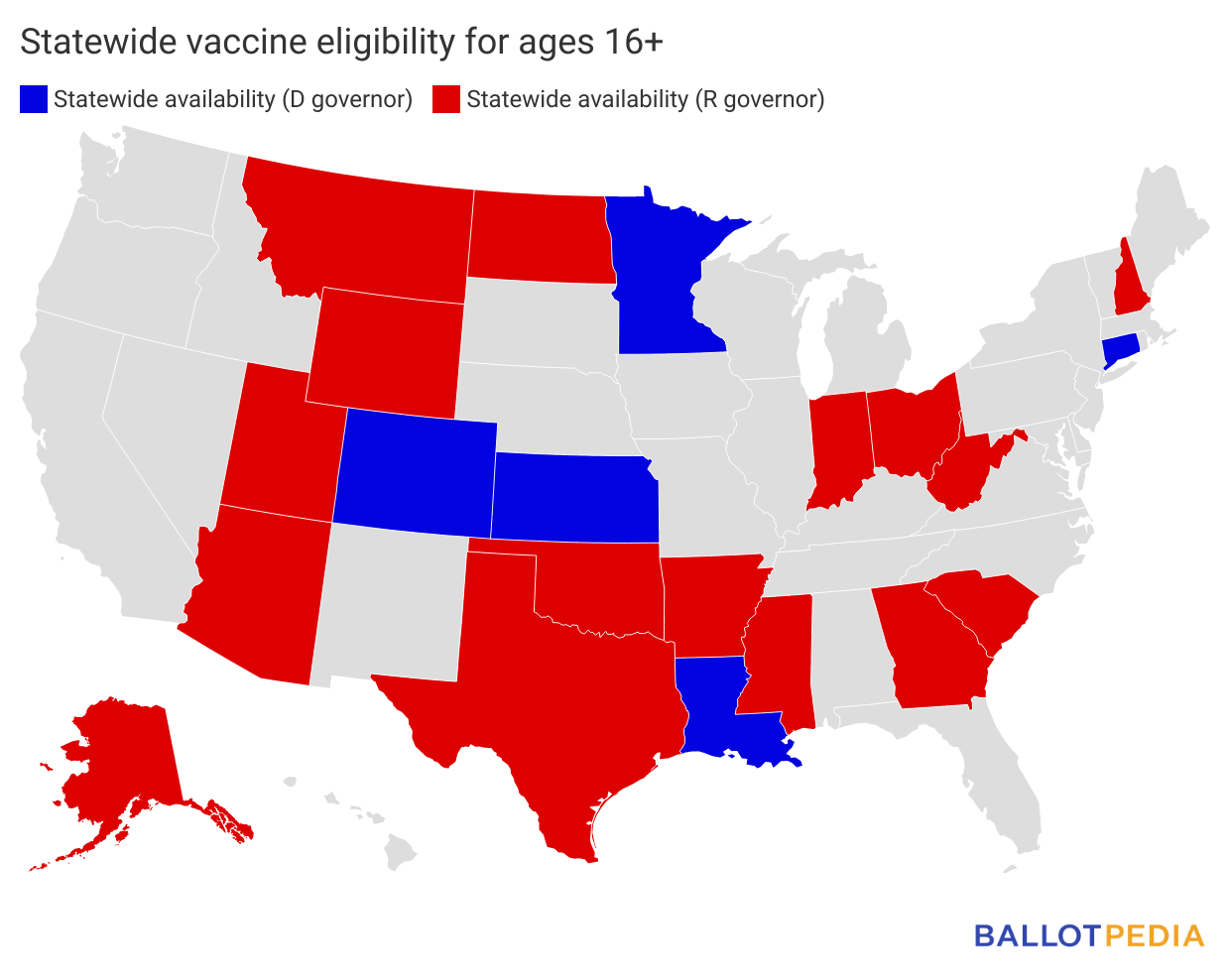 All residents 16+ now eligible for coronavirus vaccine in 21 states

Note: Below, we provide information on previous and current statewide eligibility by age group. We do not include information on eligibility for younger individuals deemed essential workers or those with underlying health conditions. Keep in mind many states and counties still have waitlists, so vaccines for everyone 16+ might not be immediately available.

Residents 16+ in the following states became eligible to register for vaccines since our last update:

The following states are currently scheduled to open vaccinations to everyone 16+ in the coming week:

Vaccine eligibility is changing rapidly across the country. Our daily newsletter Documenting America’s Path to Recovery delivers the latest coronavirus-related updates to subscribers’ inboxes each weekday. Click here to subscribe.

Hart said she ended her challenge “after many conversations with people I trust about the future of this contest.”

“Despite our best efforts to have every vote counted,” Hart said, “the reality is that the toxic campaign of political disinformation to attack this constitutional review of the closest congressional contest in 100 years has effectively silenced the voices of Iowans.”

Here’s a quick reminder of how we got here.

The 2020 race in the 2nd District had the narrowest margin of victory in a U.S. House race since 1984, when Francis McCloskey (D) defeated Richard McIntyre (R) by four votes in Indiana’s 8th District.

According to a 2016 Congressional Research Service report, out of 107 election challenges filed with the House between 1933 and 2009, the candidate who contested the election won three times.

Dogs have become one of the most pup-ular companions for presidents to have during their time in office. Whether they’re running around on the lawn, attending secret meetings, or getting dressed up for special events, First Dogs help to give a glimpse into life in the White House.

In the spirit of March Madness, Ballotpedia is hosting our first ever Barking Brackets tournament! We have four comPETitors who have advanced from the preliminary rounds. Take a look at these First Furiends and vote your favorite through to the cham-PAW-ionship!