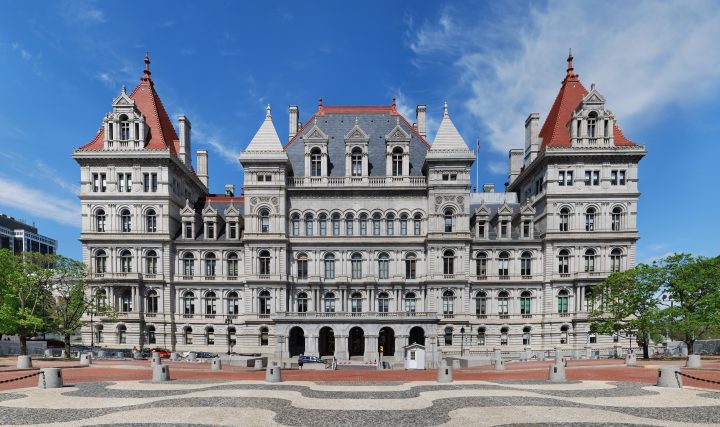 On April 19, Gov. Andrew Cuomo (D) signed Senate Bill S2509C, which referred a $3 billion bond measure to the November 2022 ballot. The bill was part of the state budget and contained multiple other provisions.

The ballot measure would issue $3.00 billion in general obligation bonds for projects related to the environment, natural resources, water infrastructure, and climate change, according to the bond legislation.

Revenue from the bond issue would be distributed as follows:

• up to $700.00 million for projects designed to mitigate the impacts of climate change, such as those related to green buildings, carbon sequestration, urban forest and habitat restoration, reduce the urban heat island effect, reduce and eliminate air pollution in environmental justice communities, and reduce and eliminate water pollution in environmental justice communities;

• up to $550.00 million for land conservation and recreation plans, programs, and projects, and fish hatcheries; and

The ballot measure would define environmental justice communities as “minority or low-income [communities] that may bear a disproportionate share of the negative environmental consequences resulting from industrial, municipal, and commercial operations or the execution of federal, state, local, and tribal programs and policies.”

This bond measure was originally put on the 2020 ballot but was withdrawn in response to the COVID-19 pandemic.

Twenty-four statewide ballot measures have been certified in 14 states for the 2022 ballot so far. From 2012 through 2020, the average number of statewide measures certified for the ballot by the third week in April of the previous year was 21.