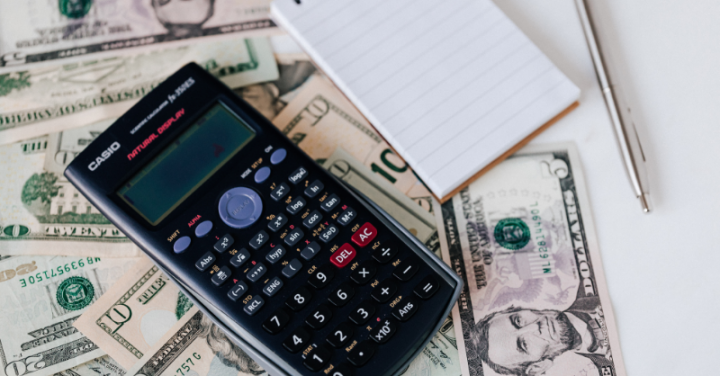 The comment period for a proposed regulation on whether states can deduct union dues from Medicaid payments to individual workers ended on Sept. 28. The Centers for Medicare & Medicaid Services (CMS) received feedback from 32 organizations and individuals during the eight-week comment period. We highlight eight of those responses below.

About the proposed rule

In 2019, CMS published a final rule that “[removed] the regulatory text that [allowed] a state to make Medicaid payments to third parties on behalf of an individual provider for benefits such as health insurance, skills training, and other benefits customary for employees.” Six states challenged the rule, filing a lawsuit in the U.S. District Court for the Northern District of California. In November 2020, the court struck the rule and sent it back to CMS for further assessment. The defendant, then-HHS Secretary Alex Azar, appealed to the U.S. Court of Appeals for the Ninth Circuit. The case was temporarily suspended following a change in administrations and is currently on hold through February 2022.

Comments in support of the proposed rule

Below are excerpts of comments supporting the proposed CMS rule:

“The proposal is wholly consistent with the clear congressional intent underlying the statutory provision. That intent is made plain by the legislative history and that intent was limited to prohibiting the practice of ‘factoring,’ i.e., the sale of claims to third parties who were then involved in making claims for payment from the states and thereby driving up states’ costs. The authorized payment to third parties at issue here – ‘for health and welfare benefits, contributions, training costs, and other costs customary for employees’ – do not involve factoring in any way as no one other than the providers makes any claims for compensation. … In addition to conflicting with clear congressional intent, a contrary construction of 42 U.S.C. Sec. 1396a(a)(32) interferes with individual practitioners’ access to affordable and efficient forms of health, retirement, training and other benefits. This will inflict harm on home care workers and others who are individual providers for Medicaid beneficiaries, as well as on beneficiaries themselves who are counting on these providers for skilled care.”

American Federation of Labor and Congress of Industrial Organizations (AFL-CIO)

“[W]hen home care providers form unions, advocate for themselves and their clients and engage in the process of collective bargaining with state and local authorities, positive outcomes flow, including lower turnover rates, increased workforce development and training and higher quality care. These benefits are enabled by and dependent on voluntary funding by home care workers through their payment of union dues and benefit contributions facilitated by payroll deductions. We estimate that collecting these dues without member-authorized, state-administered deductions of provider payments would cost union members in AFSCME’s California home care local approximately $600,000 per year. In other words, because unions are supported entirely by their members, this would mean home care workers would have to commit that much more in contributions simply to replicate a function more easily and efficiently performed by the state.”

“We believe that improvements in job quality and conditions for home care workers have been supported by the ability of states and workers to direct a portion of service payments to pay for the costs of benefits such as health care and training, and that this has been a step toward expanding and strengthening HCBS programs. The ability of workers to join together to form unions, and have input into the HCBS system through involvement in unions and organizations like NDWA, is particularly important in self-directed models of HCBS where workers are isolated and their voices are disaggregated. In this sector where the vast majority of workers are women, women of color, and disproportionately immigrants, improving conditions for workers is also a matter of racial and gender equity and a key step in addressing the historical marginalization of care work.”

“Deductions made from a home care worker’s Medicaid payment—which in all relevant respects is the same paycheck that other privately and publicly employed workers receive—are not reassignments. They do not confer any right to the entity to which the deduction is directed, whether for health insurance, union dues, or tax payments, to make a claim for payment against the Medicaid program. In making authorized payroll deductions, states are not transferring the right to receive payment ‘for any care or service’ to any third party. Ordinary payroll deductions and contributions for items like voluntary health insurance or union dues are not ‘payment … for any care or service provided to an individual’ Medicaid beneficiary, §1902(a)(32), they are merely an expression of the home care worker’s ability to direct dollars that she owns as she chooses.”

“Unions have and will continue to use dues and fees deducted from Medicaid payments on administrative costs and salaries, issue advocacy, fundraising and politicking in favor of preferred candidates, funding of politically-motivated nonprofit groups, and many other activities that have nothing to do with the provision and reimbursement of medical care. To avoid the complicity of the federal and state governments in denying free speech rights of caregivers by diverting health care funding to union political spending, they should be taken out of the equation altogether, as the 2019 Final Rule did. Individual caregivers should, without the involvement of the government, privately resolve how and whether they wish to associate with unions or any other third party.”

“[W]e must respectfully urge CMS to abandon the proposed regulation, which would conflict with the statutory direct payment requirement in Subsection (a)(32), undermine the legal framework governing Medicaid, depart from CMS past interpretation of the law, and subject HCAs to continued fraud and coercion at the hands of third parties like labor unions with a financial interest in accessing providers’ payments via payroll deduction. Further, CMS has failed to prove that the regulation is necessary to advance the goals of a more stable, better trained HCA workforce, or that it would even materially contribute to those goals. Finally, the NPRM is premature given CMS’ failure to consult with stakeholders before publishing the proposed rule and its decision to forgo an RIA despite the best available evidence indicating the rule would have an economic impact of greater than $100 million.”

“Such a change would harm caregivers, provide no meaningful benefit to their patients, and directly lead to the federal funding of the inherently political activity of public-sector unions. Funds paid to caregivers should be used to support their efforts to care for the sick and disabled, not for favored political causes. This is doubly true while the litigation against the Department’s 2019 rule is ongoing. The Department should not adopt the proposed rule and should continue to defend its prior rule, which recognized it lacked authority to modify the Social Security Act through rulemaking. But, to the extent the Department intends to adopt the rule, it should also include specialized procedural protections to adequately protect providers’ First Amendment Rights under Janus and Harris.”

“HCBS Medicaid payments are supposed to pay for care for the severely disabled. Diverting these payments to third-party special interests to subsidize their political agendas, lobbying, and recruitment campaigns is as unconscionable as it is unlawful under Subsection (a)(32). CMS should end this indefensible practice by enforcing Subsection (a)(32)’s unambiguous direct payment requirement. CMS’s opposite intent in its 2021 NPRM to condone this corrupt practice by inventing a new regulatory exception to the statute is inconsistent with Subsection (a)(32) and is arbitrary and capricious.”

To view all comments submitted in response to the proposed rule, click here.