Welcome to the Monday, January 10, Brew.

When an official leaves office early we call that an irregular office change. This can happen for a variety of reasons, such as resignation, death, etc. In 2021, we identified 39 state executive officials who left office early—the most since we started tracking these changes in 2012.

Nineteen of the 39 officials were nonpartisan, while 11 were Democrats and nine were Republican. Out of all the offices vacated, attorney general, secretary of state, and public service commissioner had the most frequent resignations (each with six). The next-highest office was treasurer, with three. 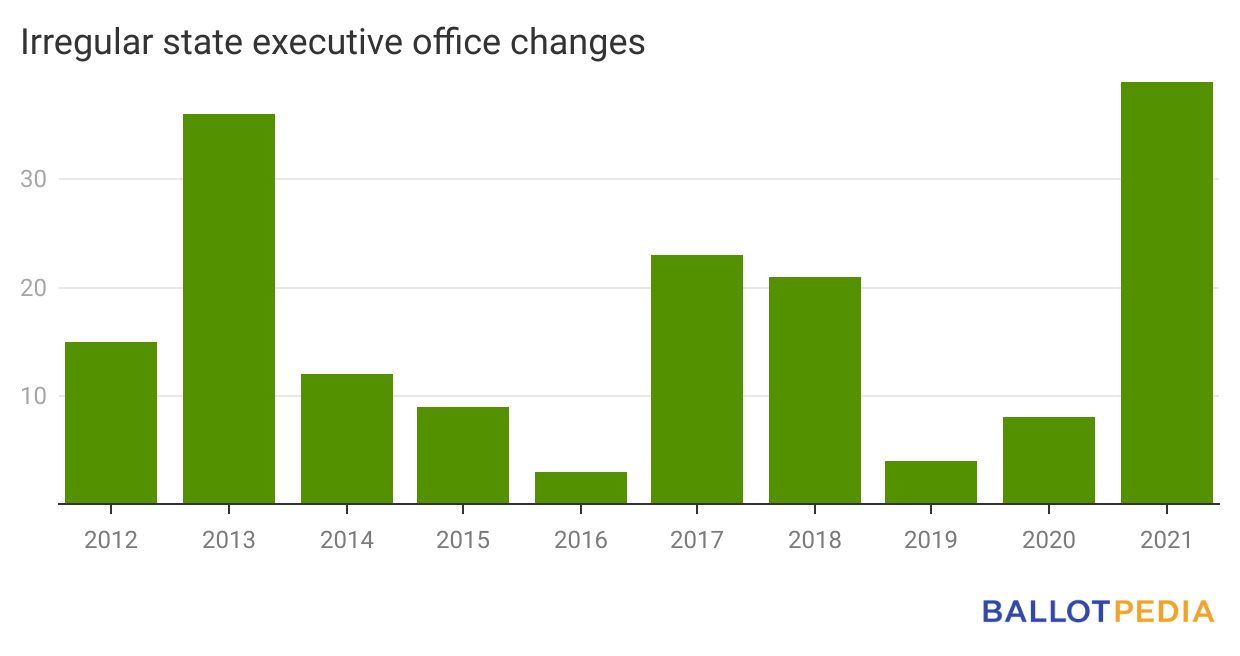 Between 2012 and 2021, there were 29 irregular changes in public service commissioner offices—the most of any office. This is followed by the office of lieutenant governor, which had 19 irregular changes, and superintendent of public instruction, with 15 changes.

Click below to read more about irregular office changes.

Let’s take a look at the details:

Governor Chris Christie (R) appointed Justice Fernandez-Vina, who officially joined the court on Nov. 19, 2013. Before beginning his tenure, Fernandez-Vina served as a legal associate and as a partner with private law firms. He received a B.A. in history from Widener University in 1974 and a J.D. from Rutgers University in 1978. After law school, Fernandez-Vina clerked for New Jersey Superior Court Judge E. Stevenson Fluharty.

States use different methods for selecting state justices. In New Jersey, the governor directly appoints state supreme court justices without the use of a nominating commission. As of Jan. 4, there are five states that use this method for selecting justices.

Click here to read more about the gubernatorial appointment of judges, or click the link below to learn more about New Jersey’s state supreme court vacancy.