Welcome to the Wednesday, January 12, Brew.

Let’s take a look at the issues California voters decided through local ballot measures last year. Most of California’s local measures—80%—dealt with taxes.

Eighteen of California’s 58 counties voted on at least one measure. Los Angeles County had the most measures of any county with seven.

To read more of our analysis of 2021 local ballot measures in California, click the link below.

Sixty-eight state legislators ran for a different office in 2021

Legislators ran for a different office in 18 states, with a plurality (12) coming from New York. Eleven ran in Virginia and eight ran in both New Mexico and New Jersey (New Jersey and Virginia held regularly scheduled state legislative and state executive elections in 2021).

The following table shows the positions that state legislators ran for in 2019 and 2021 and the results of those elections. 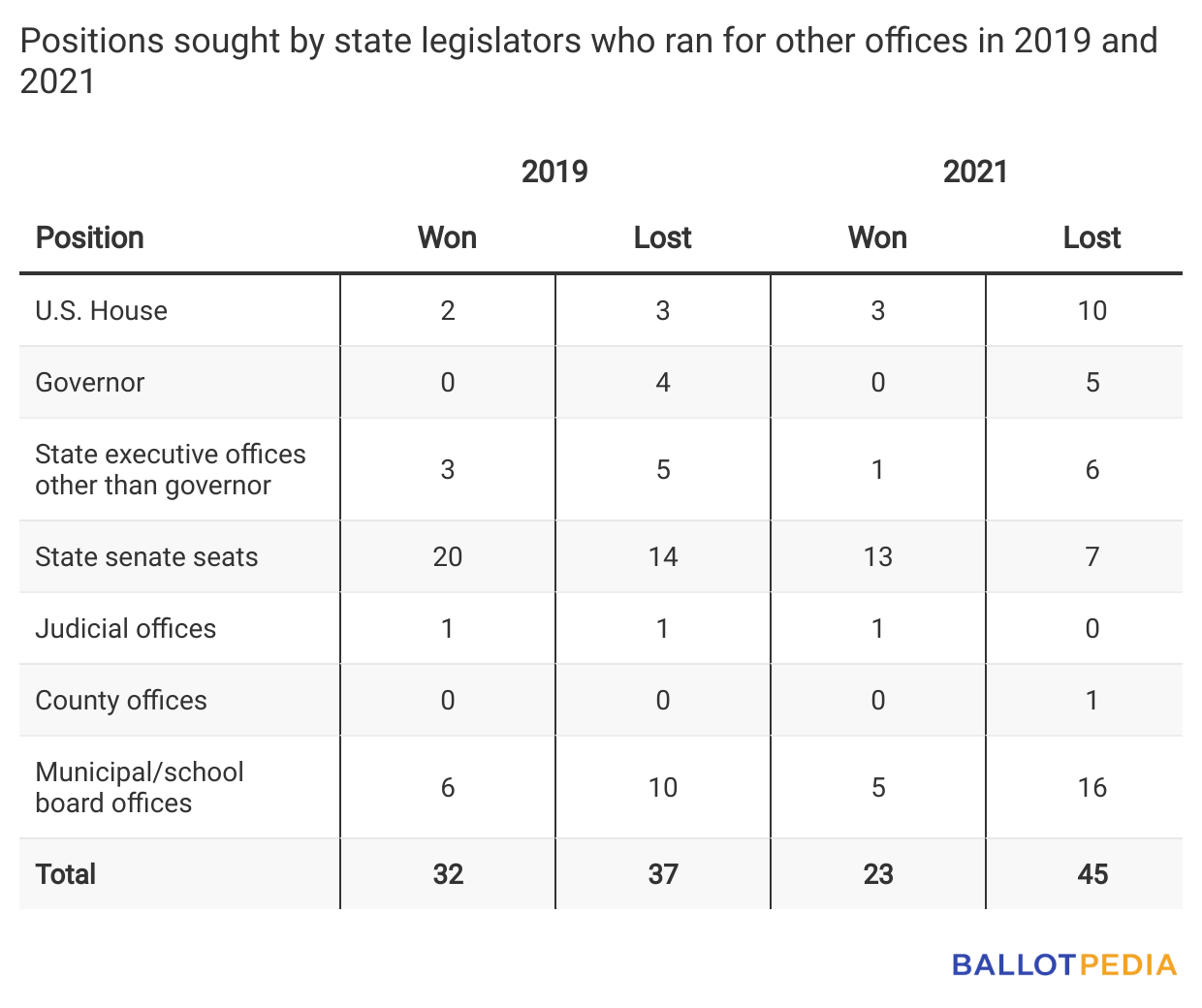 To learn more about state legislators who sought a different office in 2021, click below.

The Supreme Court of the United States (SCOTUS) accepted three additional cases for argument during its 2021-2022 term on Jan. 10. Let’s walk through a short summary of each of those cases.

Thus far, the court has agreed to hear 59 cases during its 2021-2022 term. Four cases were dismissed, and one case was removed from the argument calendar. Eleven cases had not yet been scheduled for argument.