Welcome to the Monday, January 24, Brew.

Rematches in the 2021 general elections

When the same candidates run against each other in consecutive election cycles, we call that an election rematch. In the 2021 general elections, we covered 10 rematches—five state legislative races and five local races. The 10 rematches represented about 1.2% of all 830 general election races in Ballotpedia’s 2021 coverage scope.

Overall, Republicans won one of those races, while Democrats won four. At the local level, all races were nonpartisan. In all but one of those 10 elections, the candidate who won in 2019 also won in 2021.

All five state legislative rematch elections happened in Virginia, which held regularly scheduled elections in the Virginia House of Delegates. In all five races, the incumbent won re-election. Democrats won four of those races, while a Republican won one.

Five local races in Ballotpedia’s coverage scope were rematches in the 2021 general election. In both 2019 and 2021, all winning candidates were nonpartisan. One race was decided by less than 10 percentage points in 2019, and two races were decided by less than 10 percentage points in 2021. In one case, the candidate who won in 2019 was defeated in 2021. In 2019, Kathleen Kelley Arnold defeated Sean Parr in the general election for Manchester Board of School Committee Ward 2, in New Hampshire. Arnold won 54.9% of the vote to Parr’s 44.7%. However, in 2021, Parr defeated Arnold, winning 50.7% to Arnold’s 49.3%.

Here’s a breakdown of those 402 rematches:

What will 2022 look like? Here’s an early example of a 2022 rematch. In 2020, Jerry Bollig, a member of the Dane County Board of Supervisors in Wisconsin, defeated challenger Todd Kluever in the District 31 general election. In 2022, Kluever is once again challenging Bollig for the seat. The election is scheduled for April 5.

Find out more about election rematches at the link below!

Kentucky’s statewide filing deadline for primary candidates is tomorrow, Jan. 25! The deadline applies to candidates running in U.S. Senate and House races, as well as state Senate and state House races. Primaries are scheduled for May 17.

Kentucky’s deadline was originally scheduled for Jan. 7, but Gov. Andy Beshear (D) and the Kentucky General Assembly pushed back the date to give themselves more time to enact new state legislative and congressional maps.

The only state whose filing deadline has passed is Texas, where candidates had until Dec. 13 to file. Texas will be holding the earliest primaries of the 2022 election season, scheduled for March 1. Kentucky, Alabama, and West Virginia are among the 12 states holding primaries in May.

After Kentucky, the next deadline for candidates running in state and federal offices will be in Alabama, on Jan. 28, followed by Jan. 29 for candidates in West Virginia.

The next five filing deadlines for statewide and federal office will be:

There are 77 current Article III vacancies in the federal judiciary of 870 total Article III judgeships. Article III judges serve on courts authorized by Article III of the Constitution, which created and enumerated the powers of the judiciary. They are appointed for life terms. A vacancy occurs when a judge resigns, retires, takes senior status, or passes away. In the event of a scheduled upcoming vacancy, the president may submit a nomination to the U.S. Senate prior to the vacancy taking effect.

To date, Biden has nominated 81 individuals to federal judgeships. Forty-one of the nominees have been confirmed. 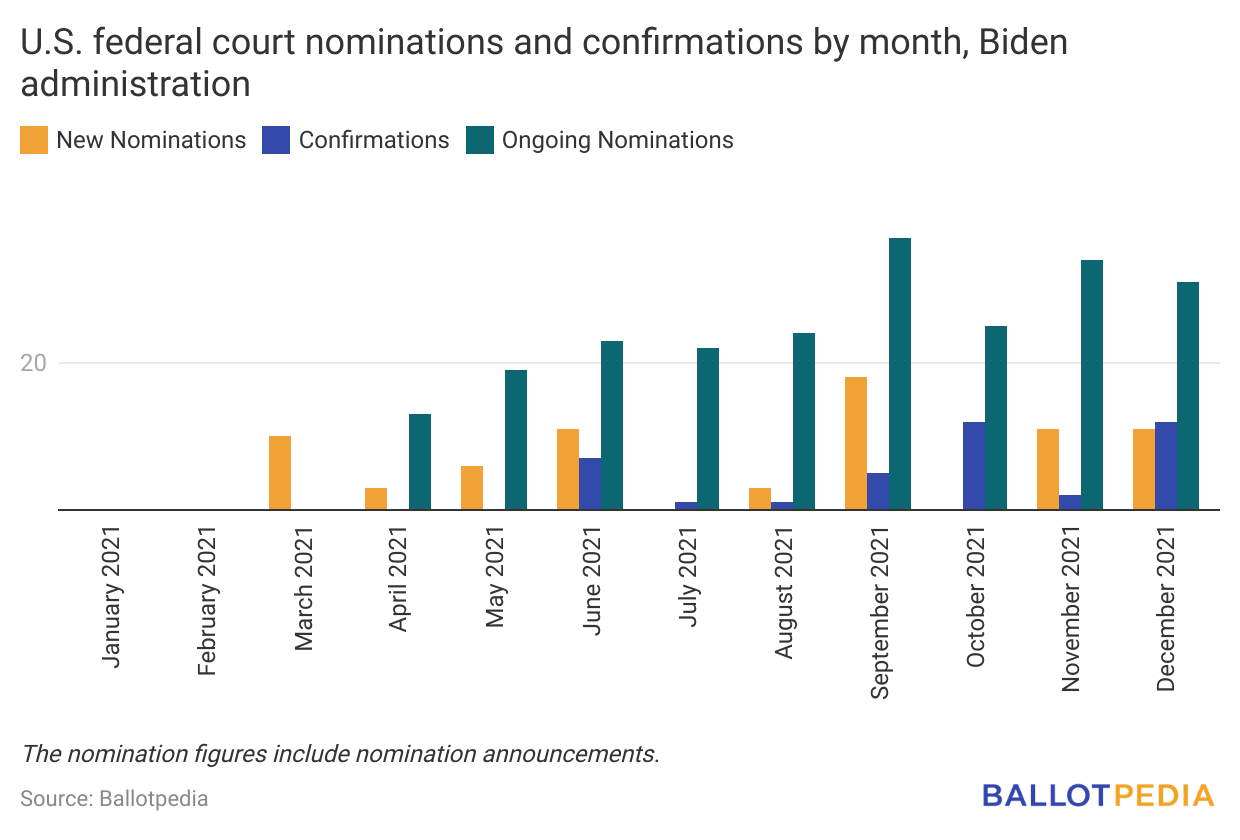