The debate over teaching gender identity in schools

On March 28, Florida Gov. Ron DeSantis (R) signed House Bill 1557 into law. Among other things, the bill says that classroom instruction on sexual orientation or gender identity may not occur in kindergarten through third grade.

So, what does it mean to teach gender identity—and should schools teach it in the first place?

Below, Keri D. Ingraham, a fellow at the Discovery Institute, writes that teaching about gender identity confuses students, conflicts with what she calls the “reality of biological sex,” can encourage treatments like gender reassignment surgery that can cause physical damage, and can drive a wedge between students and parents. Ingraham also says bathroom and locker room selection policies can endanger female students.

“This preoccupation with gender-identity indoctrination is, moreover, at odds with the reality of biological sex, and has several harmful long-term effects on children. … First, the crowding out of academic learning, which is already deficient, by inappropriate sexual classroom content is educational malpractice. … Second, this indoctrination fuels identity confusion in students, as it conflicts with their biological reality (think of the Gender Unicorn and Genderbread Person). Third, bathroom self-selection, non-binary cabin counselors, and males in female locker rooms and on sports teams are not only violating the privacy of girls but also placing their safety at risk. Fourth, promoting or providing access to gender-blocking hormones and body-change surgeries to children and teenagers adds irreversible damage, including sterilization, to the psychological and emotional abuse of children. Finally, those states and districts that forbid the disclosure of gender-ideology discussions and that conduct a gender-‘transition’ plan without parent consent nor communication are not only damaging children but also driving a wedge between parents/legal guardians and their children.”

“As I studied and grew in knowledge, I realized that I had to take a stance on LGBTQIA issues to nurture the growth of all of my students. Long before our mandatory training, I realized that the fight to respect trans-gendered students in the classroom was an essential civil rights issue of our time. I am directly in the middle of one of the most important justice issues of our time every day as a public-school teacher. I understand now why it’s important that I do more than just use the preferred pronouns of students in the classroom. I must be intentional about teaching students, colleagues, and parents to respect the identity of trans-gendered students. I plan on doing this by being intentional about highlighting the stories of LGBTQIA individuals throughout history in my class. The concept of white supremacy has several branches that are still alive today. Being against gender and sexuality comes from the same tree that discriminates against me because I am a Black man. White Europeans in the 19th century labeled practices such as the ancient Hawaiian Hula dance evil because they didn’t understand it. Colonialism around the world involved labeling people, traditions, and beliefs white Europeans didn’t understand as evil or uncivilized.”

Voters saw two questions on the recall ballot. The first asked if they wished to recall Stentiford with the option to vote yes or no. The second asked who they wished to replace Stentiford if he was removed from office. Gayle Asmussen Spofford was the only candidate to file to run in the replacement race.

For more on this recall, see our March 23 edition of Hall Pass.

Districts in Alaska, Oklahoma, Missouri, and Wisconsin will hold general school board elections on April 5. Click the links below to learn more about elections in each district.

Anchorage School District Board of Education Seat A

Anchorage School District Board of Education Seat B

Oklahoma City Board of Education District 5

Middleton-Cross Plains Board of Education Area I

For the 236 school board races we are covering whose filing deadlines have passed, an average of 2.26 candidates are running for each seat.

Education on the Supreme Court docket: a look at Carson v. Makin

The U.S. Supreme Court heard oral arguments in Carson v. Makin on Dec. 8, 2021. The case concerns a Maine tuition assistance program that does not apply to schools related to religious groups.

In August 2018, three sets of parents sued the Commissioner of the Maine Department of Education in the U.S. District Court for the District of Maine, alleging the program’s nonsectarian requirement violated their First Amendment rights. The parents sought to send their children to private Christian schools that the state deemed sectarian, and ineligible for funding.

The district court ruled against the parents in April 2019, at which point the parents appealed to the U.S. Court of Appeals for the 1st Circuit. Arguments were held on Jan. 8, 2020. Two weeks after the 1st Circuit heard oral arguments, the U.S. Supreme Court heard arguments in the case Espinoza v. Montana Department of Revenue, which concerned whether the government could exclude religious institutions from student-aid programs. The Montana Supreme Court had struck down a state program giving tax credits to those who donated to organizations providing scholarships to private schools, saying the Montana constitution banned state aid to religious private schools. On June 30, 2020, the Supreme Court ruled 5-4 that the Montana ban on state aid to sectarian schools violated the First Amendment’s free exercise clause.

On Oct. 29, 2020, the 1st Circuit affirmed the U.S. District Court for the District of Maine’s ruling against the parents.

Attorneys for the parents appealed to the U.S. Supreme Court, and oral arguments took place on Dec. 8, 2021. The question before the Supreme Court:

“Does a state violate the Religion Clauses or Equal Protection Clause of the United States Constitution by prohibiting students participating in an otherwise generally available student-aid program from choosing to use their aid to attend schools that provide religious, or ‘sectarian,’ instruction?”

A ruling is expected sometime this spring.

Today, we’re highlighting survey responses from Laura Wagner and Duane Bartsch, two candidates in the general election for North Kansas City Schools school board in Missouri. The election for two seats on the board is scheduled for April 5.

Here’s how Wagner responded to the question “What areas of public policy are you personally passionate about?” 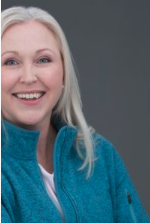 “I am passionate about education for all. I believe strong public schools provide an educated society and every employer needs to hire people with skills. While soft skills – empathy and the ability to work together are important and are also a part of a public education, basic math, reading and writing are the first expectation of all employers, parents and school districts. There is a push to defund public schools and as a society, it would be to our detriment to allow that to happen.

Our students deserve equity in school – with each classroom having access to the same superior learning tools and technology. Our teachers should be allowed to work with smaller classes, giving more time to each student. They should receive good wages and benefits, and be allowed to provide innovative learning experiences to engage students.”

Click here to read the rest of Wagner’s answers.

Here’s how Bartsch responded to the question “What areas of public policy are you personally passionate about?” 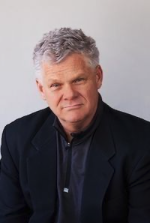 “Give students a strong foundation in the basics: reading, writing, and math. If you’re not proficient in the basics, then you’re not prepared as a citizen. You’re not prepared to think for yourself, fight for what is right, reason effectively, or participate in work environments and earn a good wage. Emphasizing divisive social theory, dividing kids by color or sexuality destroys citizenship promotion. The good news is that schools can and should be good at the basics — if it’s prioritized. NKC needs to focus on academics. My alma mater, Winnetonka, has a 13% math proficiency (source: publicschoolreview.com). NKC has too many resources and quality teachers to have ever allowed this to happen.”

Click here to read the rest of Bartsch’s answers.