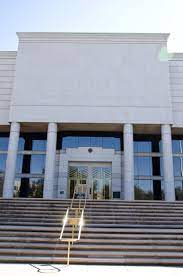 Voters in Arizona will not vote on a veto referendum to repeal a new income tax law this November.

Last week, the Arizona Supreme Court ruled against a veto referendum that challenged two sections of an omnibus appropriations bill signed by Gov. Doug Ducey (R) in June 2021. The sections (13 and 15 of Senate Bill 1828) would reduce Arizona’s state income tax from four brackets to two brackets, and reduce the brackets to a flat rate of 2.50% when state revenue exceeds $12.976 billion.

The citizens behind the campaign for the veto referendum, Invest In Arizona, sought to bring the issue to the ballot. The Arizona Education Association and Stand for Children both backed the campaign, expressing concerns with how a flat tax rate will impact funding for Arizona’s schools. Invest In Arizona filed the veto referendum in July of 2021, shortly after SB1828 was signed into law.

The Arizona Free Enterprise Club challenged the veto referendum as unconstitutional, stating that the Arizona Constitution prohibited veto referendums against bills that provide for support and maintenance of state government. Lawyers for Invest in Arizona argued that the flat tax portion of SB1828 does not fall into that category because it would lead to less revenue for the state government.

Meanwhile, the Invest in Arizona PAC raised $5.29 million and filed more than 215,000 signatures. In November of 2021, Secretary of State Katie Hobbs announced that there were enough signatures collected for the measure to appear on the ballot in 2022.

The issue was brought to the Maricopa County Superior Court, and in December 2021, Judge Katherine Cooper ruled against the Arizona Free Enterprise Club, ruling that Arizona voters have the right to decide on the referendum. The judge stated that while there is no right to refer tax increases to the ballot, this referendum did not fall into category because, if successful, it would leave the state with more revenue.

Scot Mussi, the president of Arizona Free Enterprise Club, stated that the ruling was a “big win for taxpayers in our state”. David Lujan, executive director and CEO of the Arizona Children’s Action Alliance, argued that the flat tax would devastate Arizona’s future, and that it takes away voices of voters. Recently, the Arizona Supreme Court also struck down Proposition 208, a voter-approved measure that enacted a 3.50% income tax for income above $250,000 to fund K-12 schools.

Currently, there are four measures that are certified to be on the ballot in Arizona.