MO HB1878: This bill makes a number of modifications to the state’s election laws, including, but not limited to, the following:

Political context: Missouri is a Republican trifecta, meaning that Republicans control the governorship and majorities in both chambers of the state legislature.

To date, we have tracked 2,521 election-related bills. This represents a marginal increase as compared to last week’s 2,519 bills. These bills were either introduced this year or crossed over from last year’s legislative sessions. 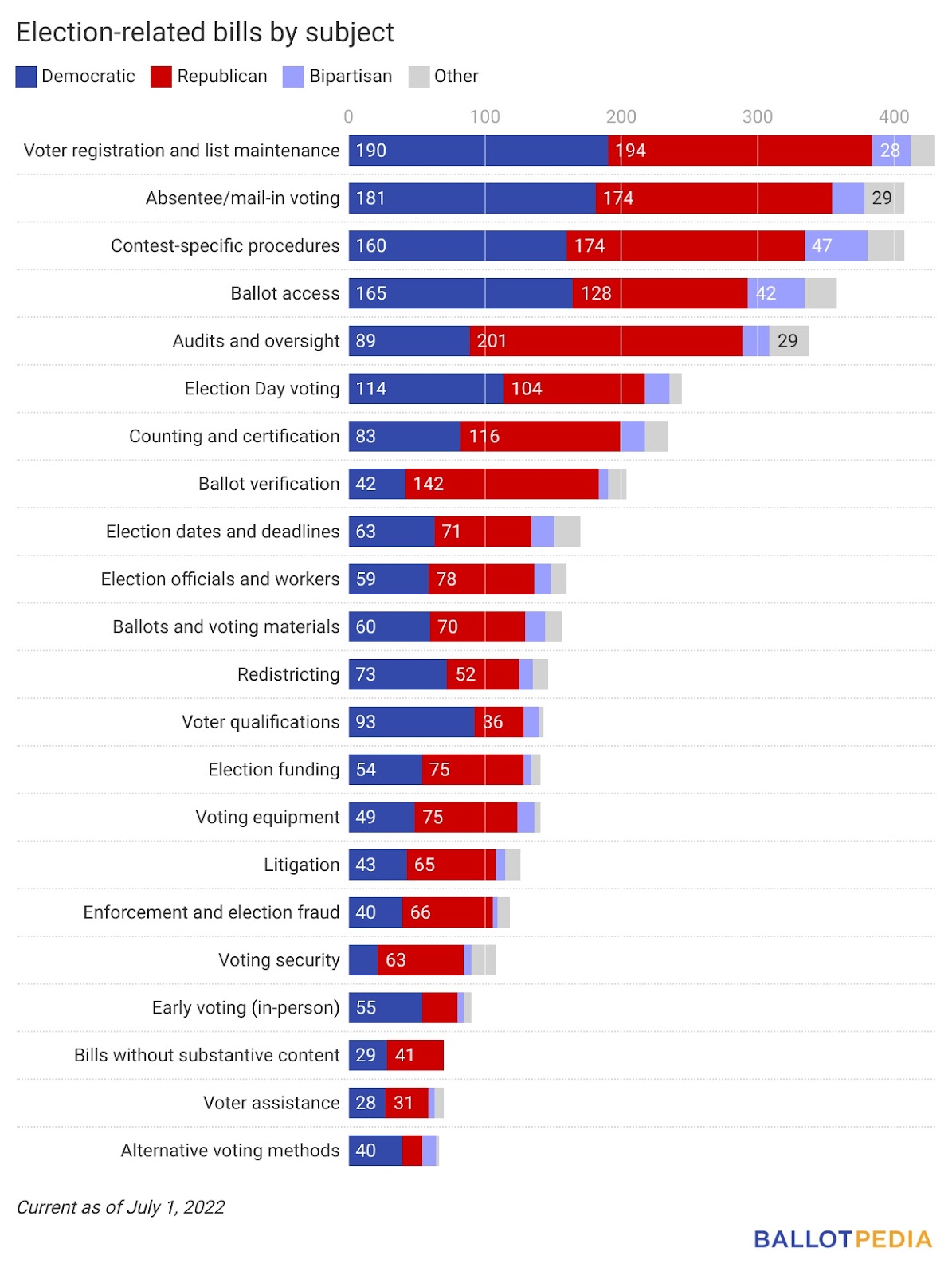