Pennsylvania SB982: This bill provides that only federal, state, and local government funding can be used to finance the administration of elections. It bars state and local officials from seeking or accepting funding from private, non-governmental sources. This bill also establishes the Election Integrity Grant Program, under which counties can apply for grants and use the money awarded for the following purposes: (1) payment of staff needed to pre-canvas and canvass absentee/mail-in ballots; (2) physical security and transparency costs associated with centralized pre-canvassing and canvassing; (3) post-election procedures; (4) voter list maintenance activities; (5) printing of ballots; (6) training costs for election officials; (7) payment of Election Day workers; (8) secure preparation, transportation, and storage of election equipment; and (9) costs associated with processing voter registration applications.

Political context: Pennsylvania has a divided government. Republicans control majorities in both chambers of the state legislature. The governor is a Democrat.

To date, we have tracked 2,525 election-related bills. This is the same number of bills we were tracking last week. These bills were either introduced this year or crossed over from last year’s legislative sessions. 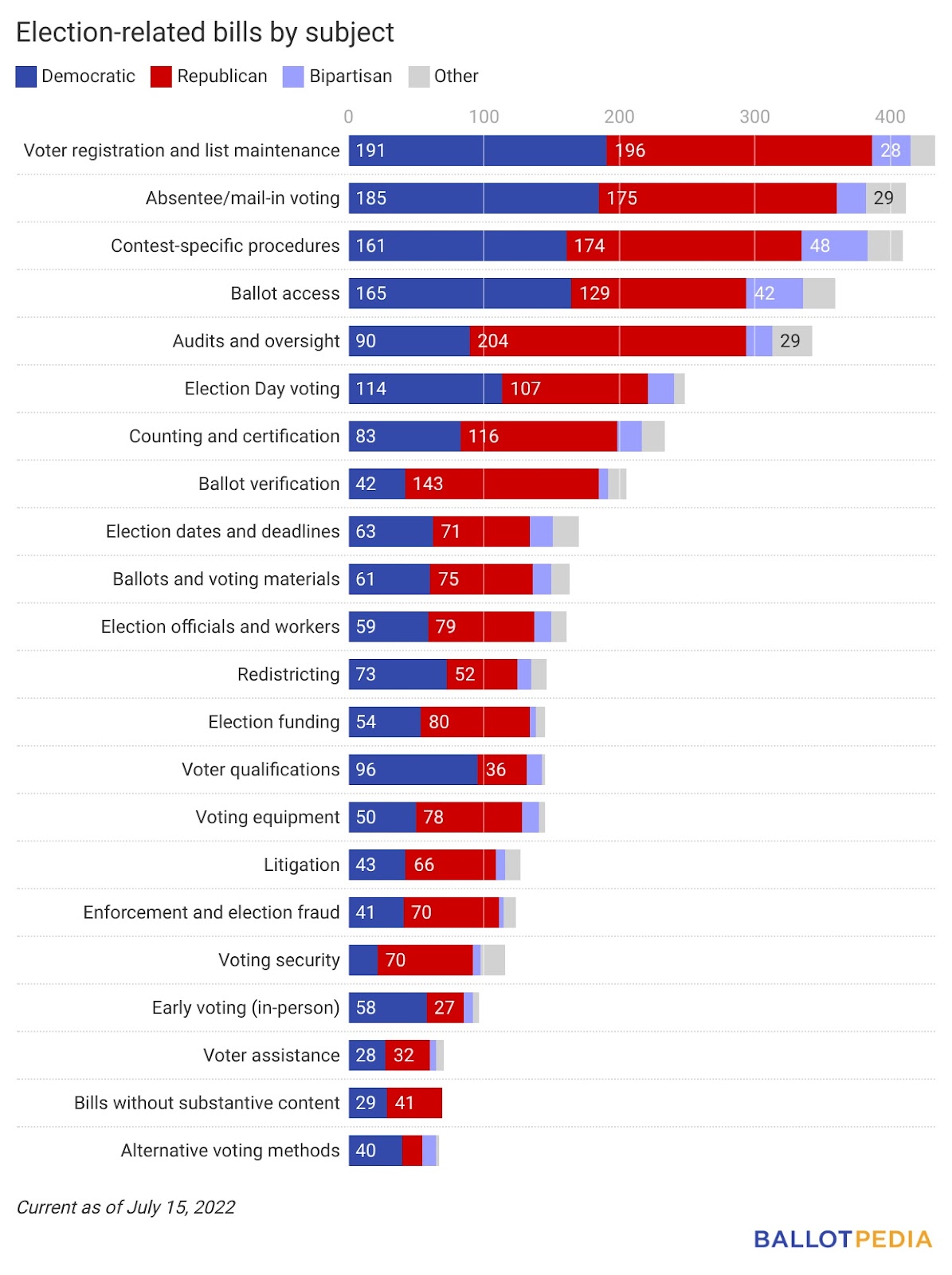