Michigan HB5783: This bill requires the secretary of state to notify the speaker of the state House, the state Senate majority leader, and each county, city, and township clerk responsible for election administration before sending any election-related mailing to 20 percent or more of registered electors in a given precinct. This bill also requires the secretary of state to report annually to the general government appropriations subcommittee and the state budget office on the total number of electors who corrected their voter registration forms after being notified by the secretary of state and the total number of possible improper voters cast at the preceding primary and general elections that were referred to law enforcement.

Political context: Michigan has a divided government. Republicans control majorities in both chambers of the state legislature. The governor, Gretchen Whitmer, is a Democrat.

To date, we have tracked 2,524 election-related bills. This represents a marginal decrease as compared to last week’s total. These bills were either introduced this year or crossed over from last year’s legislative sessions. 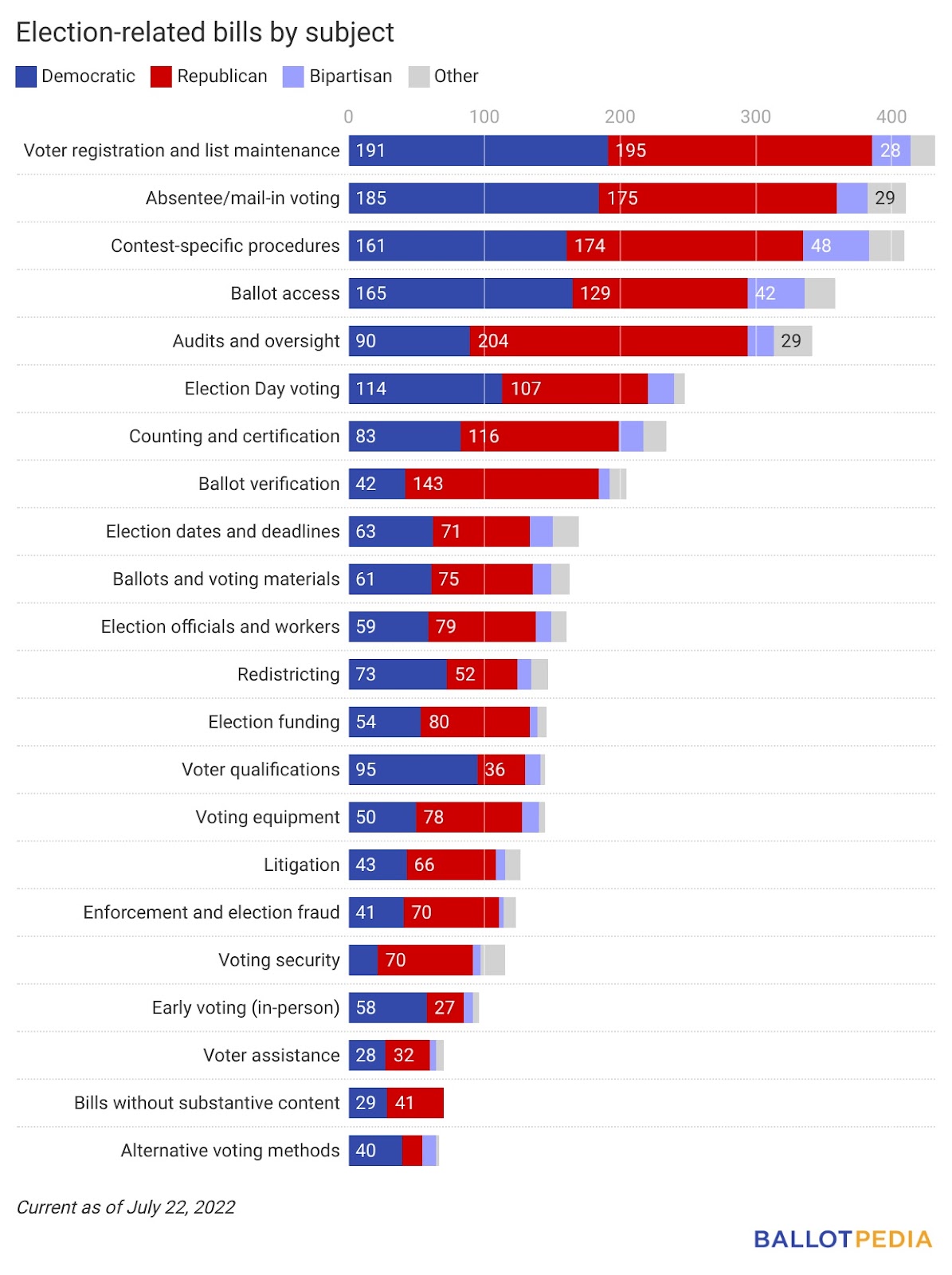