California AB2037: This bill would repeal an existing law that prohibits “an establishment where the primary purpose is the sale and dispensation of alcoholic beverages” from being used as a polling place.

To date, we have tracked 2,524 election-related bills. This represents a marginal decrease as compared to last week’s total. These bills were either introduced this year or crossed over from last year’s legislative sessions. 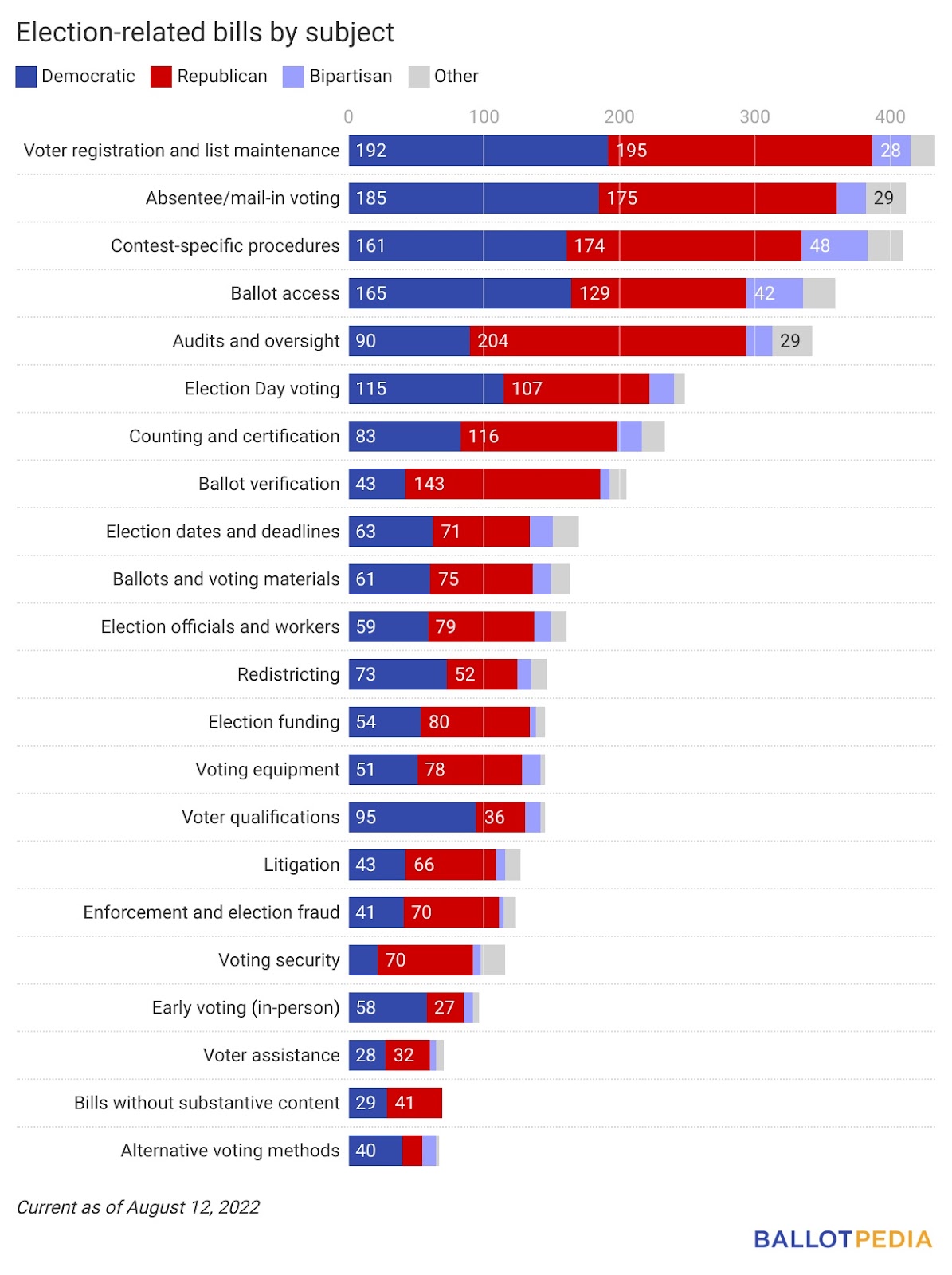