California SB103: This bill requires that presidential electors and alternate electors pledge to cast their electoral ballots for the presidential and vice presidential candidates to whom they are pledged or who are the candidates of the political party that nominated them. This bill provides that any elector who violates this requirement would be automatically removed as an elector. This bill also requires the secretary of state to preside over the meeting of electors.

Since August 26, 7 bills have been acted on in some way (representing a 36.4 percent decrease as compared to last week’s total of 11 bills). These 7 bills represent 0.3 percent of the 2,521 bills we are tracking. Of these 7 bills, all 7 (100 percent) are from states with Democratic trifectas.

To date, we have tracked 2,521 election-related bills. This represents a marginal decrease as compared to last week’s total, owing to the removal of three irrelevant bills. These bills were either introduced this year or crossed over from last year’s legislative sessions. 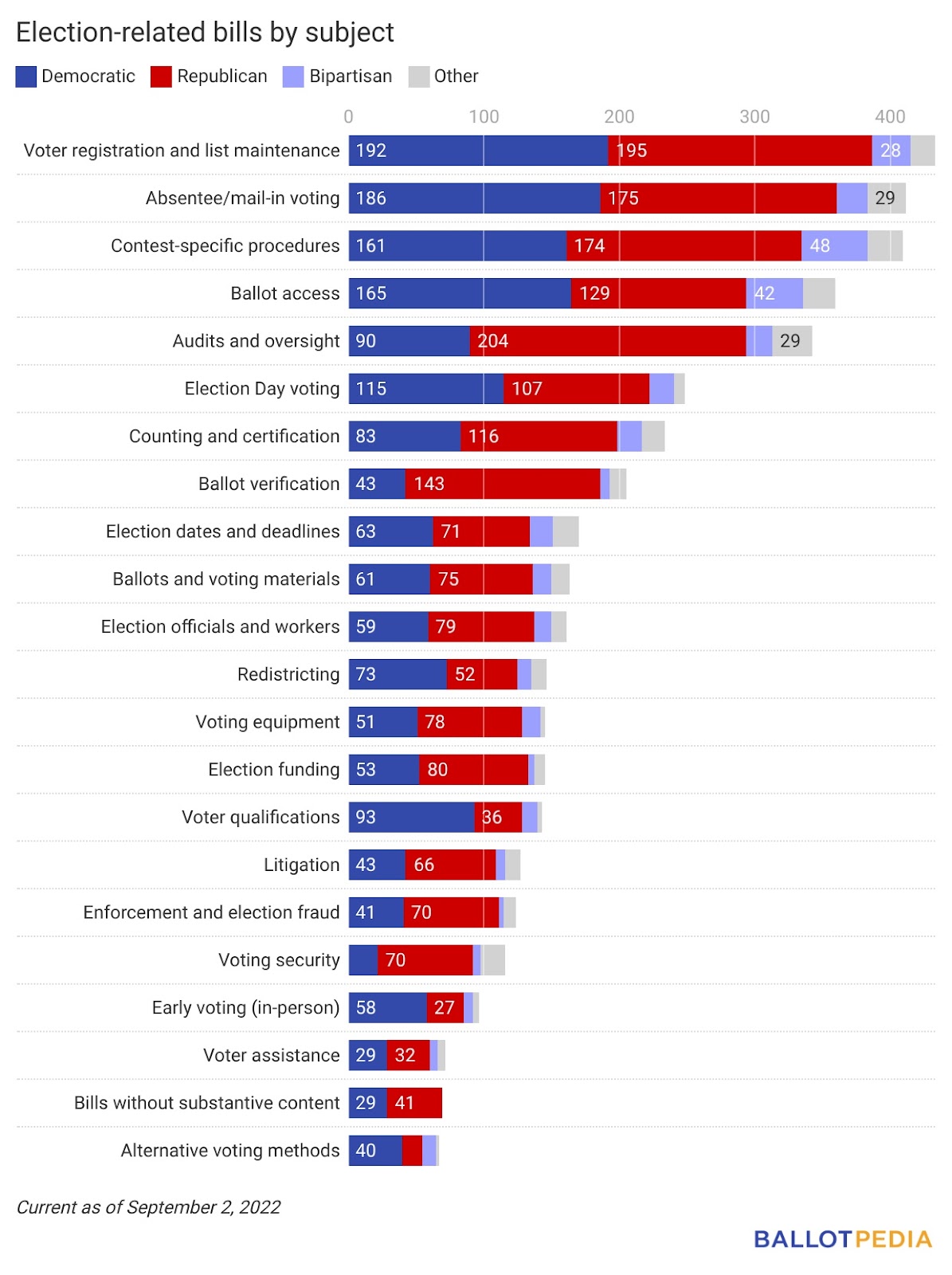