Since September 2, 4 bills have been acted on in some way (representing a 42.9 percent decrease as compared to last week’s total of 7 bills). These 4 bills represent 0.2 percent of the 2,521 bills we are tracking. Of these 4 bills, 2 (50 percent) are from states with Democratic trifectas and 2 (50 percent) are from states with divided governments. 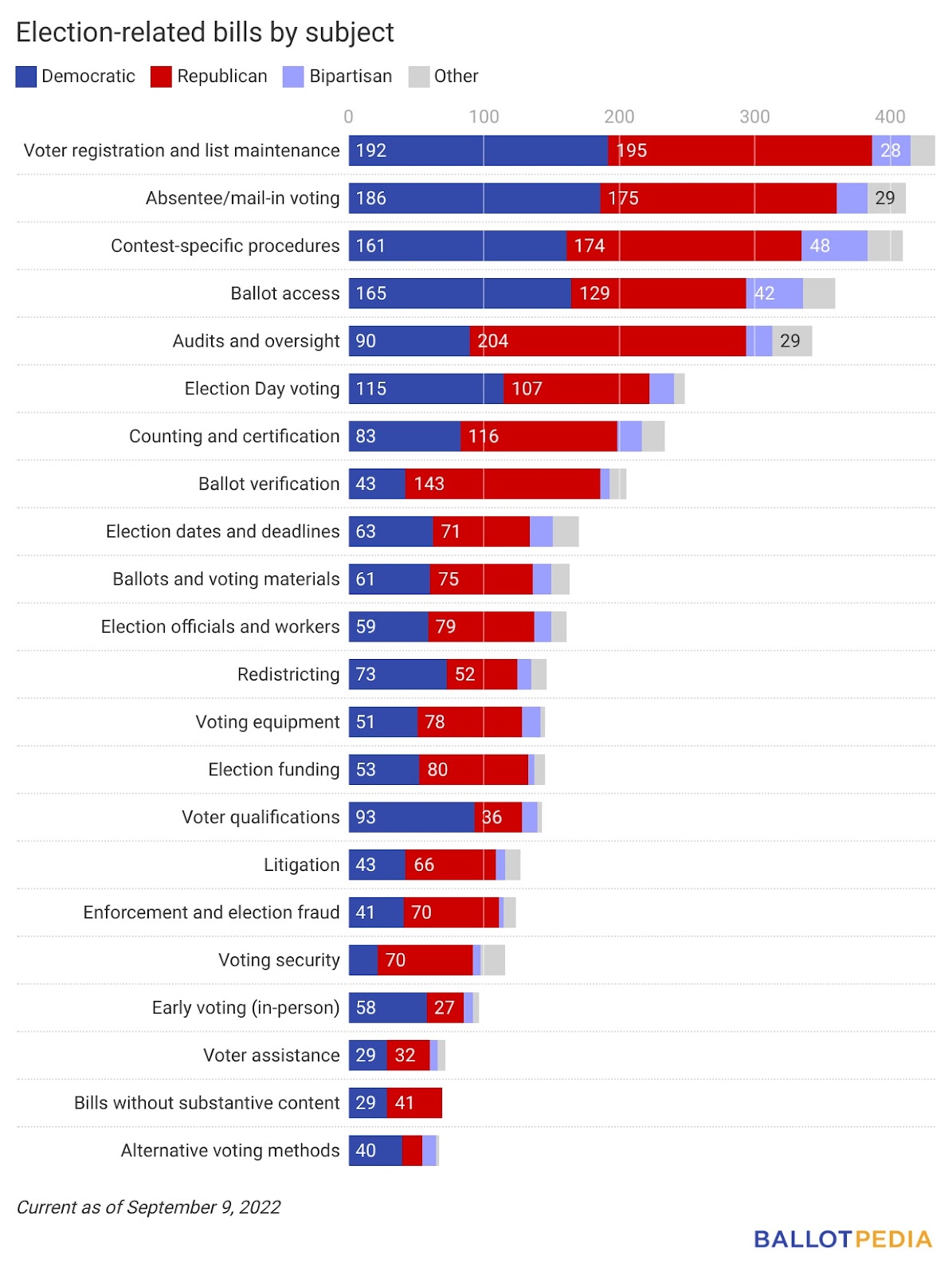