On the issues: The debate over Pennsylvania’s proposed Lifeline Scholarship Program

Pennsylvania HB 2169 aims to establish a scholarship program that would give the parents of some children, including the parents of children in the lowest-performing 15% of school districts, around $6,800 to spend on education-related expenses. The state Senate is considering the bill, which the state House passed 104-98 on April 27, 2022. State Rep. Clint Owlett (R) introduced HB 2169. Republicans hold a 113-89 majority in the House.

Jackie Huff writes that HB 2169 would exacerbate problems facing underperforming schools by reducing their funding and redirecting it to private schools if students spend their Lifeline Scholarship funds outside the public school system. Huff says public schools are underfunded and would be worse for the 90% of students who attend public schools if the bill passes.

Laurie Todd-Smith writes that HB 2169 would largely benefit minority students and poorer students and families. Todd-Smith says students should not be trapped in the lowest-performing 15% of public schools in the state and says HB 2169 and the Lifeline Scholarship Program would give families the ability to choose a better education.

“[T]hese Lifeline Scholarships will rob resources from districts that need them the most. If a student elects to leave public school X and uses a Lifeline Scholarship to attend a private school, the funds given to the parents of the student to spend on “qualified education expenses” will come out of the budget for the public school X. Pennsylvania has been chronically underfunding school districts for decades—so taking additional funds away from districts that are being underfunded already is only going to exacerbate the problem. In recent polling, nearly two-thirds of Pennsylvania parents with children in K-12 schools supported providing struggling schools with additional resources and supports. The voucher bill would do the opposite and continue to squeeze districts that are fighting to make ends meet and get the services that their students deserve. … We should focus taxpayer money on public schools, where over 90% of Commonwealth students go. Private schools can pick the students they want and reject the ones they don’t want. Public schools accept every child.”

“For many families with at-risk children stuck in low-performing schools, school choice offers what may be the only avenue to a high-quality education. Fortunately for Pennsylvania families, the state legislature has introduced House Bill (HB) 2169 amending the Public-School Code of 1949 to establish a Lifeline Scholarship Program. Lifeline Scholarships help children in the bottom 15% of performing school districts in the state. As a result, low-income students trapped in the worst-performing schools will have access to better educational opportunities and a real chance at a prosperous future. … Eighty percent of students who attend Pennsylvania’s bottom 15% of public district schools are students of color and low-income children. Furthermore, according to the National Bureau of Economic Research, minority students suffered the greatest during the pandemic. As a result, neighboring districts have radically different levels of academic achievement. These drastic achievement gaps must be closed by empowering families to make the best decision for their children. As we emerge from the pandemic, we must protect the future of our communities, our children, and their pathway to prosperity.”

In your district: Choosing curricular materials

School districts around the country face diverse issues and challenges. We want to hear what’s happening in your school district. Complete the very brief survey below—anonymously if you prefer—and we may share your response with fellow subscribers in an upcoming newsletter.

School boards are responsible for setting policies around books—including which books to select and whether to ban or prohibit certain books. What are your views about how school boards should set policy surrounding books in school districts?

Voters in many states on Nov. 8 will decide ballot measures on a wide range of subjects, from abortion to election administration and beyond. Today, we’re going to look at the education-related measures voters will decide in November.

Thus far, 137 statewide ballot measures have been certified in 37 states. Seven of those measures are related to education. In 2020, eight education-related measures appeared on the ballot. Voters approved two and defeated six.

Click on the titles below to learn more about each measure.

Constitutional Amendment 1 is a legislatively referred constitutional amendment. Constitutional Amendment 1 would allocate 1.25% of the five-year average of year-end market values of the money in the Land Grant Permanent Fund to early childhood education (60% of the allocation) and public education (40% of the allocation). The Land Grant Permanent Fund (LGPF) is also known as the Permanent School Fund. Revenue in the LGPF comes from leases and royalties on non-renewable natural resources, such as oil and gas, and returns on invested capital. It was established when New Mexico became a state in 1912.

Massachusetts Question 1, Tax on Income Above $1 Million for Education and Transportation Amendment

This measure, a legislatively referred state statute, would reduce income tax deduction amounts for those earning $300,000 or more from $30,000 for single filers and $60,000 for joint filers to $12,000 for single filers and $16,000 for joint filers. The measure would also create and fund the Healthy School Meals for All Program to provide free school meals to all students in Colorado public schools, provide local food purchasing grants, and increase wages for employees who prepare and serve food.

This initiated state statute would require a minimum source of annual funding for K-12 public schools, including charter schools, to fund arts education programs. The annual minimum amount would be equal to, at minimum, 1% of the total state and local revenues that local education agencies received under 1988’s Proposition 98 during the previous fiscal year.

This is a non-binding question, meaning that the outcome will not result in a new, changed, repealed, or rejected law or constitutional amendment. This advisory question is a provision of House Bill 1 (HB1). In September, during a special session, the Idaho legislature passed HB1, which creates a flat rate tax on income and corporate tax rate and allocates $410 million of the state’s sales tax revenue annually to the public school income fund. HB1 is scheduled to go into effect Jan. 3, 2023. The advisory question allows voters to indicate their support or opposition to the tax changes and education funding enacted by the state legislature.

Following HB1’s passage, the campaign behind Proposition 1 requested the secretary of state withdraw the initiative.

Luke Mayville, who founded the group that sponsored the initiative, said, “There are two ways a ballot initiative can win. One way is by securing a majority of the vote at the ballot box. Another way is by forcing the Legislature to do something they would never have otherwise done. By placing the Quality Education Act on the ballot, the citizens of Idaho have forced the Legislature to make the largest investment in Idaho public schools in a generation.”

Three seats on the board are up for election this year.

Here’s how Fernandez answered the question “What areas of public policy are you personally passionate about?” 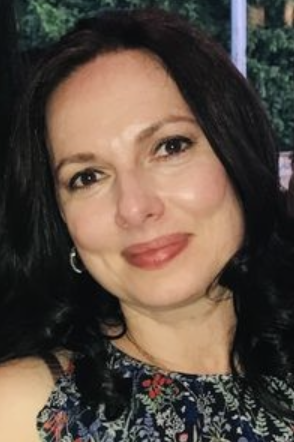 “I would like to see the politics out of our schools. It is essential that we restore the power where it belongs, back to the parents. I will do everything in my power to make sure that happens. I also believe very strongly that the students have been negatively impacted by the school closures and mandates. I will never, ever vote to close down the schools again and certainly will never, ever support any mandate.”

Click here to read the rest of Fernandez’s responses.

Here’s how Garick answered the question “What areas of public policy are you personally passionate about?” 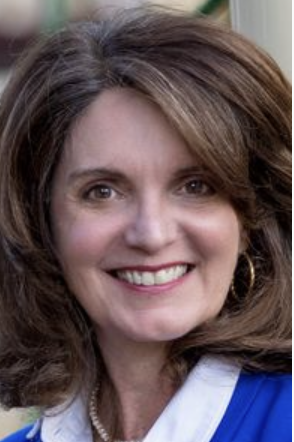 “As an involved parent of three who attended elementary, middle and high school in Seminole County I have always been passionate about providing the very best education opportunities not just for my own children, but for every student, every school. This means knowing the issues, the schools and building relationships in the system and community. I do my homework. Though I was the third candidate to enter this race I was the first to attend open budget workshops, committee meetings and policy discussions at the county level. I have met with voters, students, teachers, staff and district personnel to learn the specific challenges facing our district at this time and I am active in the classroom. I’m proud to share that my work has earned the endorsement of the Orlando Sentinel as well as teachers and staff. Our students, teachers/staff and families deserve a full time advocate and I’m prepared to serve.”

Click here to read the rest of Gerick’s responses.