Welcome to the Thursday, September 15, Brew.

Part 2 – Analysis of major party candidates on the primary ballot 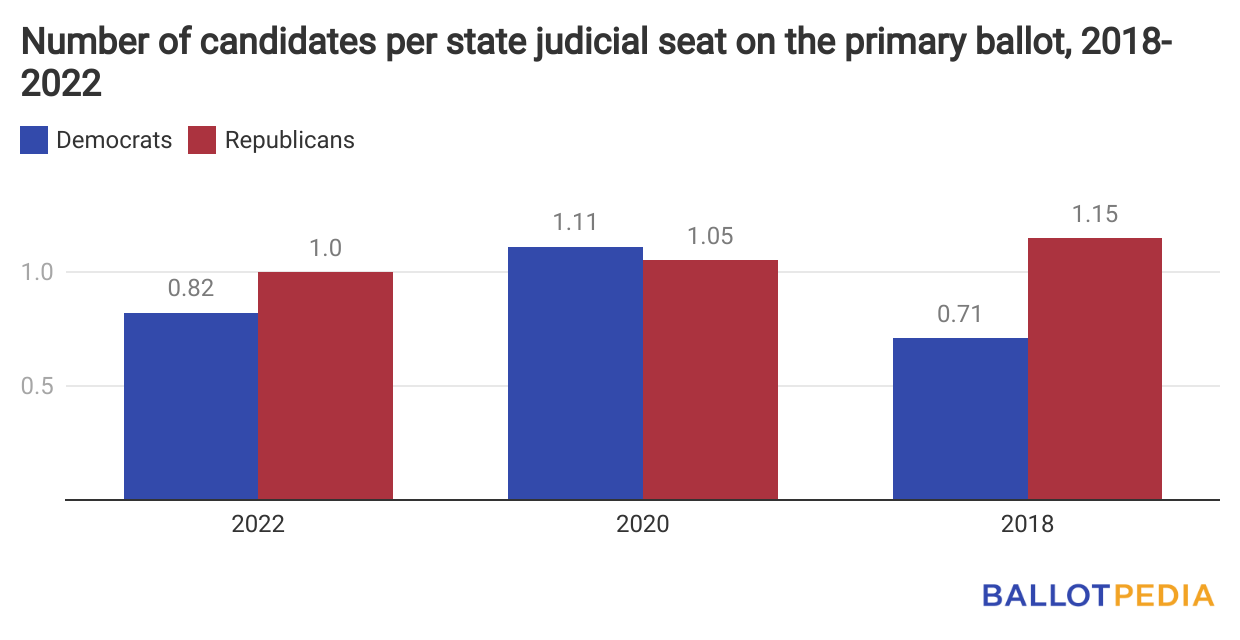 You can read more about the number of Democratic and Republican candidates on the ballot for federal and state offices at the link below.

On Sept. 13, Delaware, Rhode Island, and New Hampshire held primaries, effectively closing out a primary season that began all the way back in March (Louisiana is the only state that has yet to hold primaries, and it will do so on Nov. 8). Let’s take a look at some of the key races.

Incumbent U.S. Sen. Maggie Hassan (D) defeated Paul Krautmann and John Riggieri in the Democratic primary for U.S. Senate. Hassan was elected in 2016. On the Republican side, Don Bolduc leads Chuck Morse and 10 other candidates. At the time of this writing, the race had not been called, but Morse conceded the race to Bolduc Wednesday morning. New Hampshire Gov. Chris Sununu (R) endorsed Morse. Former President Donald Trump (R) did not make an endorsement in the race, but said Bolduc was a “strong guy, tough guy.” Election forecasters  consider the general election Lean Democratic or Tilt Democratic.

These numbers will likely change. There are 12 Democratic and 24 Republican primaries featuring incumbents across these three states that remain uncalled in addition to three uncalled Democratic primaries with incumbents on the ballot in states that held elections earlier this year.

Today is the 13th day of our 50 States in 50 days series, and we’re featuring Illinois, the Prairie State.

On the ballot in Illinois

Illinois voters will elect one member to the U.S. Senate and 17 members to the U.S. House of Representatives.

Voters in Cook County will vote for 56 officials. The offices on the ballot are: county assessor, board of commissioners president, county clerk, county sheriff, county treasurer, three members of the board of review, 17 members of the county commission, four members of the water reclamation district, and 27 seats on the circuit court.

Congressional and state legislative elections will take place under new district lines following the census. Our side-by-side map comparison tool allows you to immediately see what redistricting looks like in your state. Here are the congressional maps in effect before and after the 2020 redistricting cycle in Illinois:

To use our tool to view Illinois’ state legislative maps in effect before and after the 2020 redistricting cycle, visit our Illinois redistricting page.

In 2022, 102 state legislative seats in Illinois, or 58% of all seats up for election, do not have major party competition. When a candidate from only one of either the Democratic or Republican parties runs in a state legislative district, that candidate is all but guaranteed to win the district. 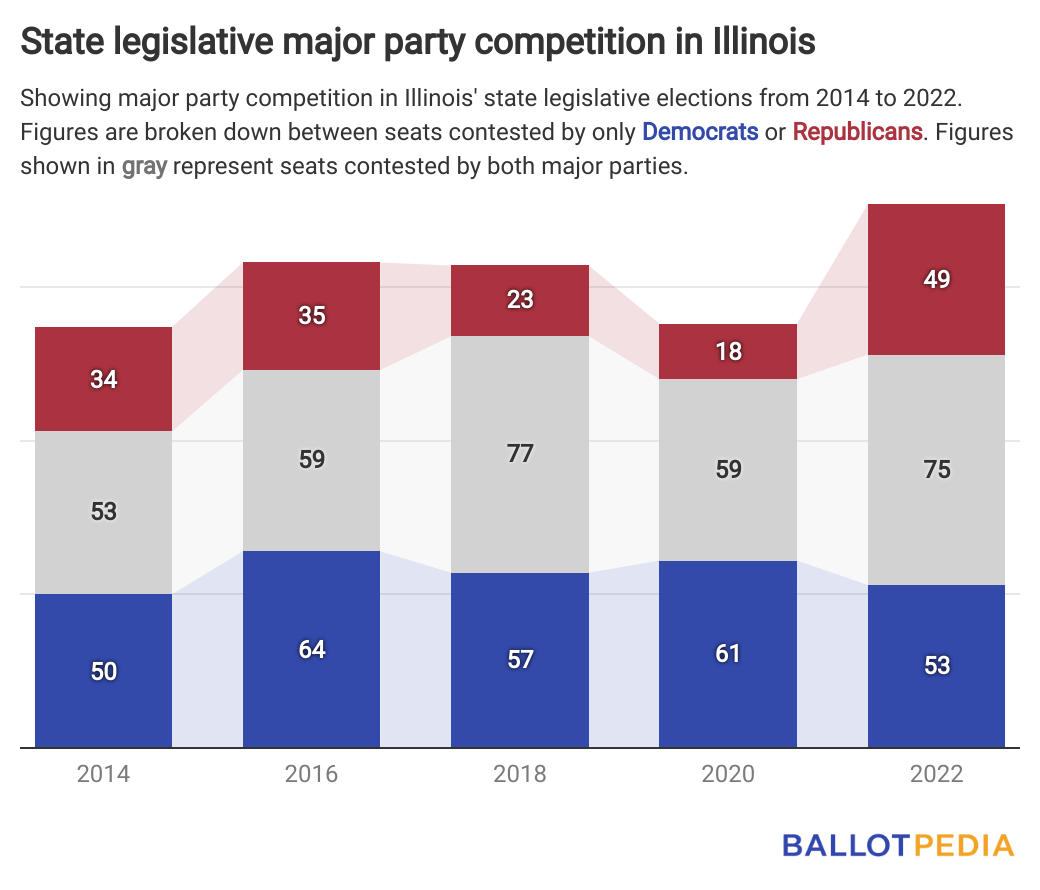 One measure will be on the ballot this year: