California AB2841: This bill requires the clerk of each superior court to notify the Secretary of State each month of findings made by the court regarding a person’s competency to vote and the number of court proceedings related to the determination of a person’s competency to vote. The Secretary of State must send this information to the appropriate county elections official, who must cancel the person’s registration or notify the person that the person’s right to vote has been restored.

Legislative history: On Aug. 29, the state Senate approved the final version of the bill 29-9. On Aug. 30, the state Assembly approved the bill 59-18. The bill was presented to Gov. Gavin Newsom (D) on Sept. 9.

Since September 9, 16 bills have been acted on in some way (representing a 300.0 percent increase as compared to last week’s total of 4 bills). These 16 bills represent 6.3 percent of the 2,521 bills we are tracking. Of these 16 bills, 5 (31.3 percent) are from states with Democratic trifectas and 11 (68.8 percent) are from states with divided governments. 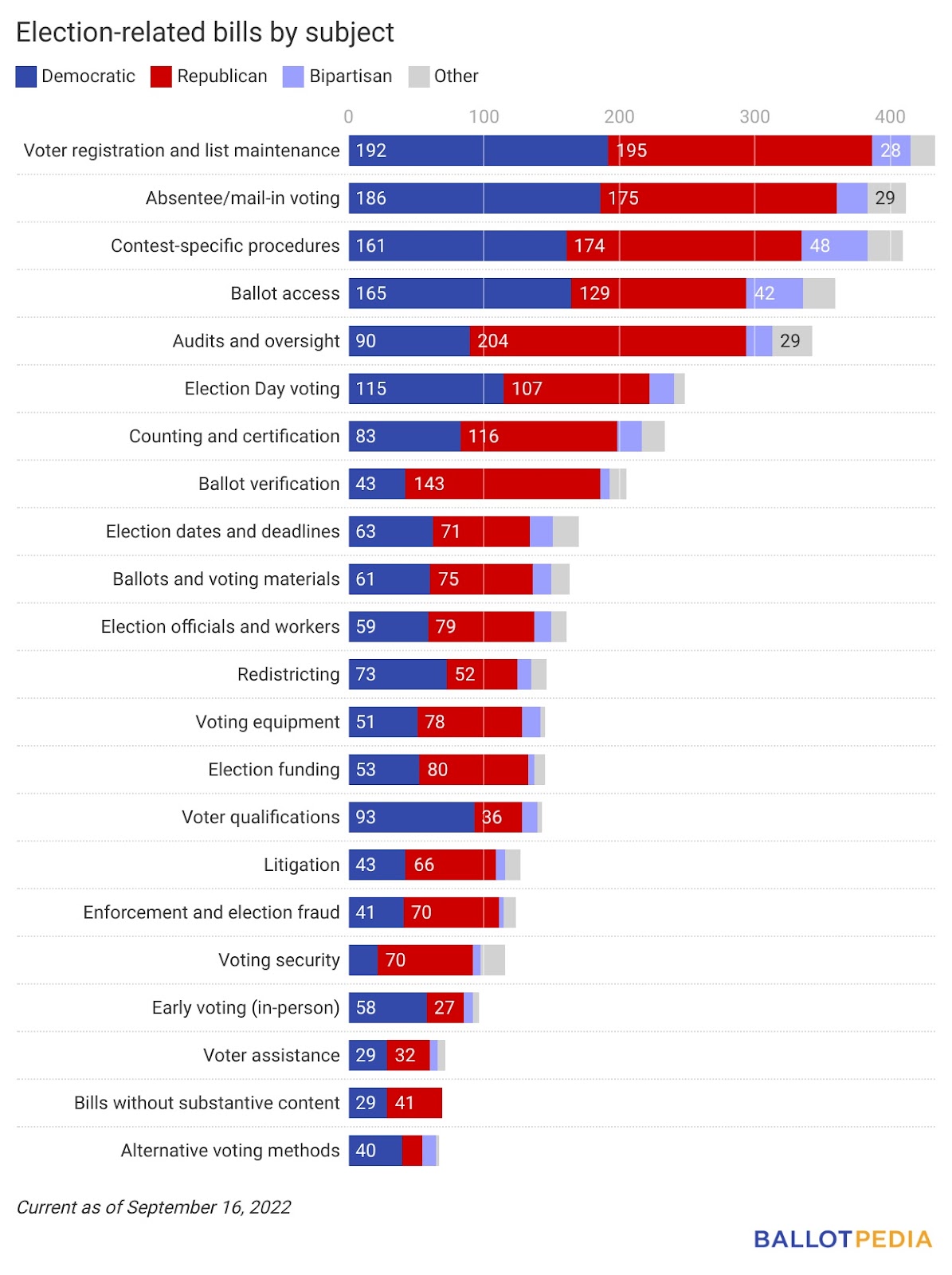