Pennsylvania HB143: This bill would make the following changes to state law:

Legislative history: On September 20, the state House approved the bill by unanimous vote. The bill is now pending in the state Senate, where it has been referred to the State Government Committee.

Political context: Pennsylvania has a divided government. Republicans hold majorities in both chambers of the state legislature, but the governor (Tom Wolf) is a Democrat.

Since September 16, 7 bills have been acted on in some way (representing a 56.3 percent decrease as compared to last week’s total of 16 bills). These 7 bills represent 0.3 percent of the 2,521 bills we are tracking. Of these 7 bills, 1 (14.3 percent) is from a state with a Democratic trifecta and 6 (85.7 percent) are from states with divided governments. 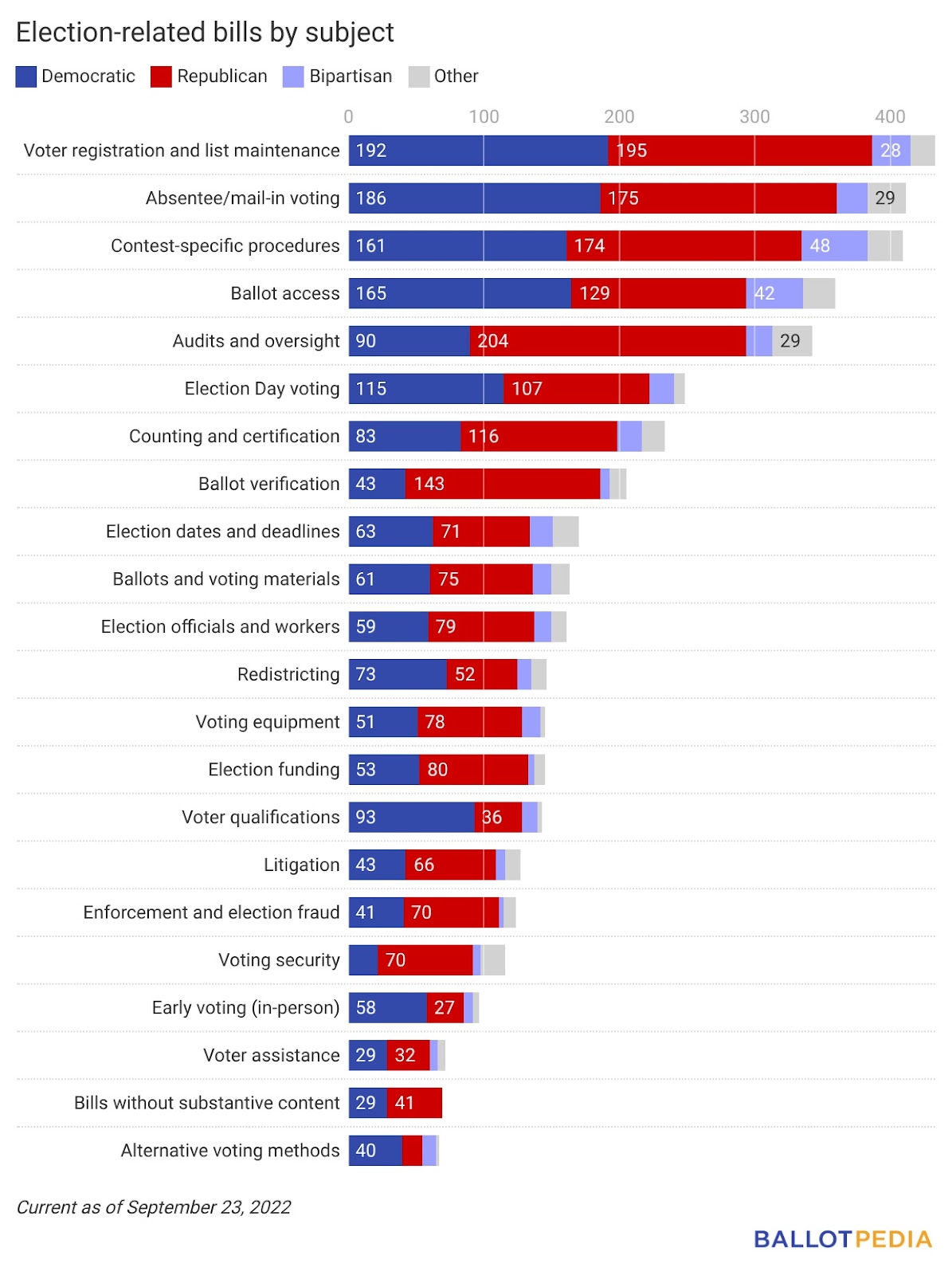