Michigan HB6071: This bill would make the following changes to state laws regarding polling locations:

Legislative history: The state Senate approved the final version of the bill by unanimous vote on Sept. 28. Later that same day, the state House approved the bill by a vote of 97-7. It now awaits gubernatorial action.

Political context: Michigan operates under a divided government. Republicans control majorities in both chambers of the state legislature, but the governor (Gretchen Whitmer) is a Democrat.

Since September 23, 15 bills have been acted on in some way (representing a 114.3 percent decrease as compared to last week’s total of 7 bills). These 15 bills represent 0.6 percent of the 2,520 bills we are tracking. Of these 15 bills, 6 (40.0 percent) are from states with Democratic trifectas and 9 (60.0 percent) are from states with divided governments.

To date, we have tracked 2,520 election-related bills. This represents a marginal decrease as compared to last week’s total (owing to the exclusion of one irrelevant bill). These bills were either introduced this year or crossed over from last year’s legislative sessions. 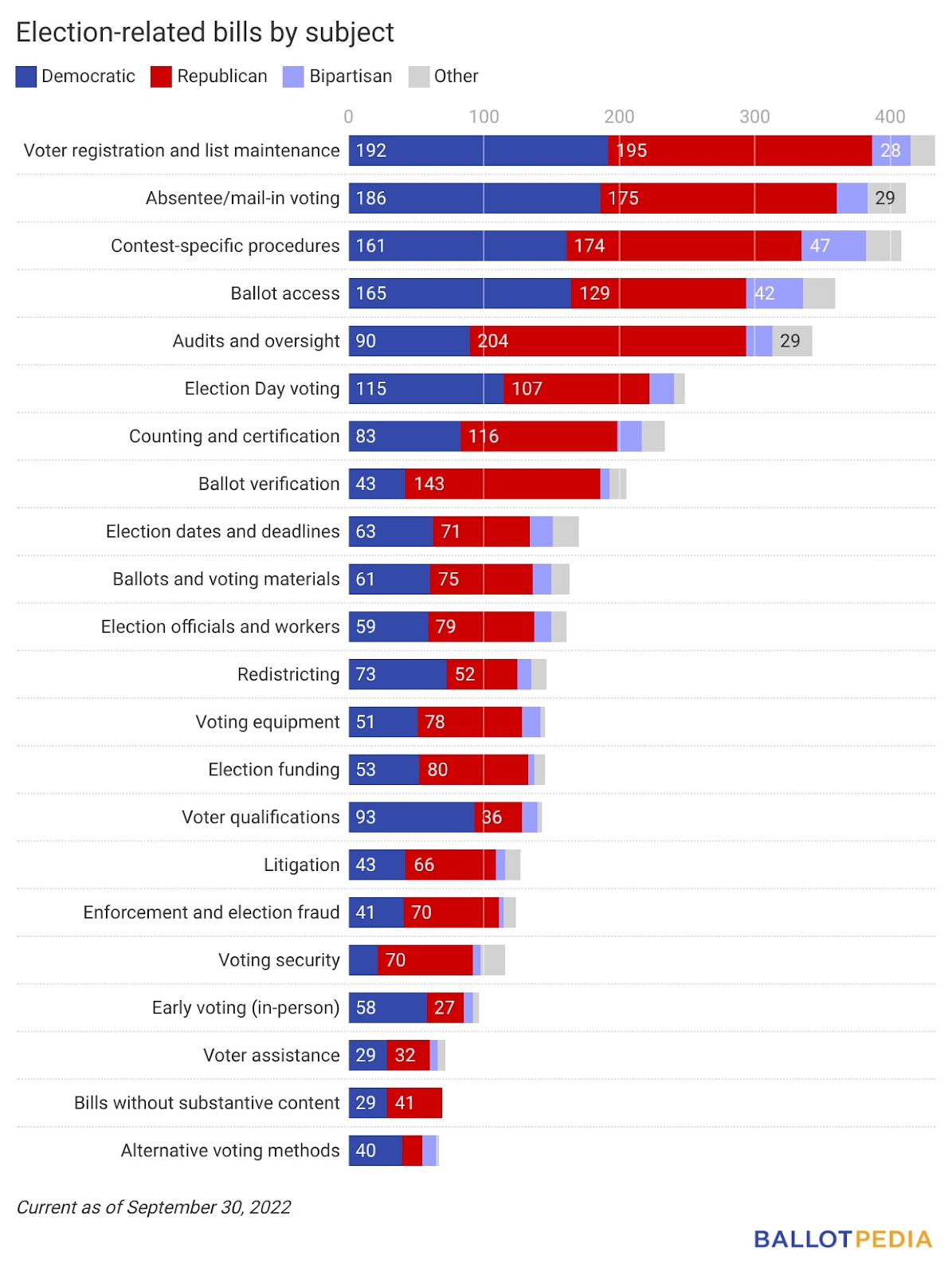