On the issues: The debate over sex and gender education and whether it is related to sexual abuse in schools

Florida Gov. Ron DeSantis (R) signed House Bill 1557 into law on March 28, 2022. The law prohibits discussions of gender identity and sexual orientation between teachers and students in grades K-3. Critics of the legislation have said Republican supporters are using unfounded fears of child sexualization to discriminate against LGBTQ students. Some supporters of such bills have said that school employee discussions with children about sexuality and gender identity can constitute sexual misconduct and create greater physical risks for students.

Michelle Goldberg writes that discussions of sexual orientation and gender identity in public schools are normal and do not seek to sexualize children or increase sexual harassment or abuse risks. She says efforts to ban such conversations discriminate against LGBTQ students.

Christopher Rufo writes that sexual harassment and abuse are not uncommon in schools and says Goldberg and other writers dismissed legitimate concerns related to the protection of children. Rufo says conversations related to gender and sexuality should only occur with parental approval to prevent predatory behavior.

“The most notorious of these new laws is Florida’s H.B. 1557, the ‘Don’t Say Gay’ law, which prohibits classroom instruction on sexual orientation or gender identity for kids below fourth grade, and any such instruction that is not ‘age-appropriate or developmentally appropriate’ for older students. … To justify the law, the right has taken to accusing anyone who opposes it of wanting to expose young kids to explicit material in order to prime them for abuse. … This is, of course, not the first time that gay and gender-nonconforming people have been framed as a moral threat to children. In 1977, Anita Bryant, a former beauty queen and spokeswoman for the Florida Citrus Commission, started the anti-gay Save Our Children campaign. ‘Homosexuals cannot reproduce, so they must recruit,’ she said. ‘And to freshen their ranks, they must recruit the youth of America.’ In recent years, the Republican Party has largely eschewed such language, appearing to make their peace with the presence of gays, lesbians and transgender people in public life. Now such rhetoric is back, and it’s potentially explosive.”

“The New York Times, for example, accused conservatives of having a “freakout” about imaginary “grooming” in public schools, and the Washington Post dismissed concerns about sexual abuse by teachers as a “QAnon conspiracy.” … Today, if the Department of Education statistics stayed constant, one could estimate that 5 million students are currently being sexually harassed, manipulated, and abused in America’s public school system. Parents have good reason, therefore, to fear “grooming” in public schools. … The parents’ movement, which has recently mobilized against critical race theory, should not hesitate to add this issue to its list of concerns. Families should be skeptical of introducing sexuality into the classroom at young ages, especially if teachers are permitted to keep those conversations a secret. A better policy would be to mandate total transparency and require that teachers notify and gain the approval of parents before engaging in any sexual conversation with children. Additionally, families should have better tools to report abuse and public schools should have mandatory screening, training, and reporting requirements for all staff.”

But who approves public school curriculum? The answer, as usual, is—It depends. According to Ballotpedia research on K-12 curriculum authority, in most states, local districts approve K-12 curriculum. However, in roughly a quarter of states, school boards are granted the authority to oversee and approve curriculum.

“School districts shall exclusively determine the instruction, curriculum, reading lists and instructional materials and textbooks, subject to any applicable provisions or requirements as set forth in law, to be used in meeting the subject matter standards. School districts may, at their discretion, adopt supplementary student assessments which are in addition to the statewide student assessments.”

In California, on the other hand, Education Code § 60000(c) gives school boards authority over curriculum:

“The Legislature further recognizes that the governing boards of school districts have the responsibility to establish courses of study and that they must have the ability to choose instructional materials that are appropriate to their courses of study.”

In at least 21 states, state-level entities make recommendations to local districts about curriculum or curriculum frameworks. In Missouri, for example, state code § 160.514(5) says:

Texas is one of four states where a state-level entity develops and approves curriculum. In Texas, that entity is the State Board of Education. Districts are permitted to supplement the State Board of Education’s curriculum and requirements. According to the Texas Administrative Code § 74.1, “A school district may add elements at its discretion but must not delete or omit instruction in the foundation and enrichment curriculum specified in subsection (a) of this section.”

Click here to learn more about K-12 curriculum authority, requirements, and statutes in your state.

Today, we’re highlighting survey responses from the Nov. 8 general election for the Paradise Valley Unified School District’s At-large member race in Arizona. The Paradise Valley Unified School District is the seventh largest district by enrollment in Arizona, with an estimated 29,109 students. It is located in northeast Phoenix and north Scottsdale.

Here’s how Christensen answered the question “What areas of public policy are you personally passionate about?” 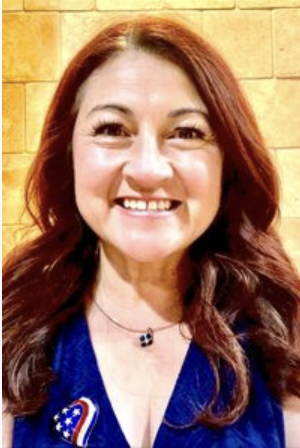 “I am passionate about curriculum transparency. The success of a student depends not only on qualified teachers, but also the content and quality of school curriculum. Transparency builds trust in the community. Our education tax dollars should be invested wisely on the future of our youth. Parents and PVUSD community members have the right to know what investments are being made using our tax dollars.”

Click here to read the rest of Christensen’s  responses.

Here’s how Jackson answered the question “What areas of public policy are you personally passionate about?” 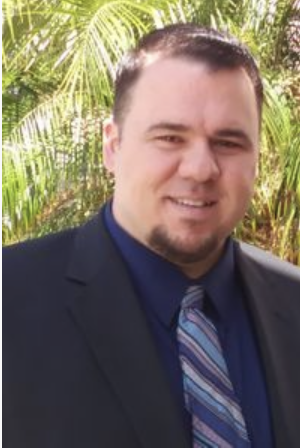 Click here to read the rest of Jackson’s responses.

Here’s how Pantera answered the question “What areas of public policy are you personally passionate about?“ 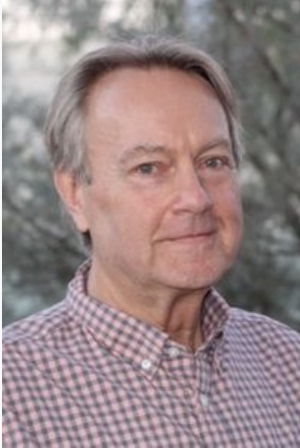 “It has been increasingly difficult to hire teachers and other support staff within the district. This shortage found in just about every position, makes it hard to full fill the PVUSD promise. We need policies in place that encourage highly qualified individuals to want to choose a career in education. These policies go beyond just paying staff a living wage, although that is critical. We must also support our staff and let them know that their school board will do whatever it takes to help them do their jobs.

We must lobby those who make decisions in regard to this. This includes being forthcoming with the community about budgeting. Transparency in this helps them to see that even being as efficient with the funds the district receives, it is not enough to encourage people to want to work in education.

We must tell those who create laws regarding teaching to quit piling more restrictive and punitive measures on teachers and staff. They need laws that not only protect children, but also encourage adults to make the decision to work in a school district. We need laws that don’t invite excessive litigation thus siphoning off monies that could go to schools to fight legal battles.

Public schools need to be public. We should not have monies going to schools that not ALL students in the district can attend. Not all students can attend a private school even if they have a voucher nor can they if they do not comply with a particular school’s statement of faith.”

Click here to read the rest of Pantera’s responses.