Welcome to the Thursday, December 22, Brew.

The year after the midterms brings with it many things in politics—including a renewed interest in presidential elections.

The 2024 presidential election has already gained at least one noteworthy campaign—see more below on how we define that term—after former President Donald Trump (R) declared his candidacy in November. President Joe Biden (D) hasn’t released an official announcement yet, but says he plans to make his intentions public after the holidays. As we wait on more candidates to jump into the race, here’s a look at how presidential campaign launches played out in 2020 and 2016.

Biden announced his candidacy on April 25, 2019, making him the 23rd noteworthy candidate to declare.

We define noteworthy candidates as individuals who met one or more of the following criteria: 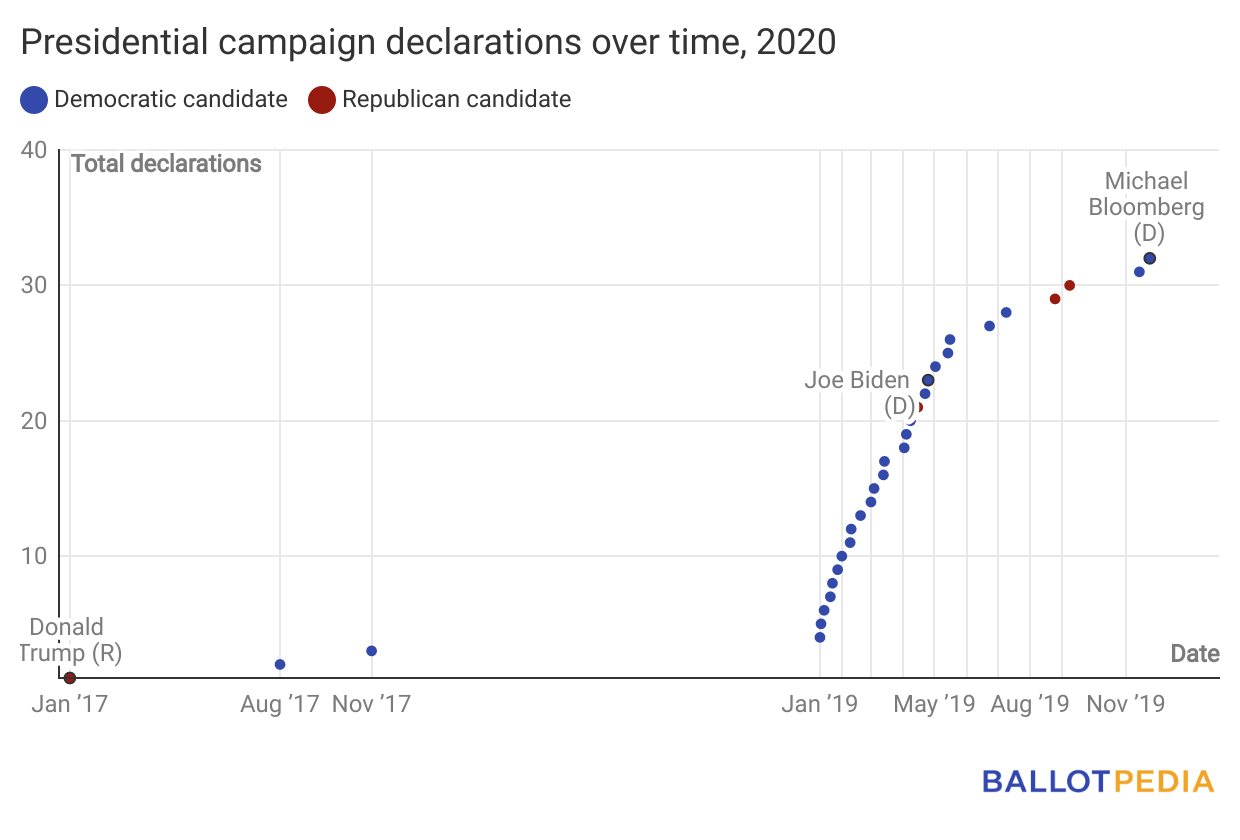 To learn more about the 2024 presidential election, click—and bookmark!—the link below.

Here at Ballotpedia, we don’t sugarcoat politics—we bring you the facts. And the facts are that, last week, Chocolate chip cookie, the winner of the 2021 Holiday Cookie election who had at one point made a sweet impression on voters, lost in the Holiday Cookie primary. “Batter” luck next time, Chocolate Chip cookie.

The three top primary vote-getters—gingerbread (16.9%), sugar (15.2%, and snickerdoodle (12.7%)—advanced to the general election as your “nom-nominees.” You can see the primary results below. 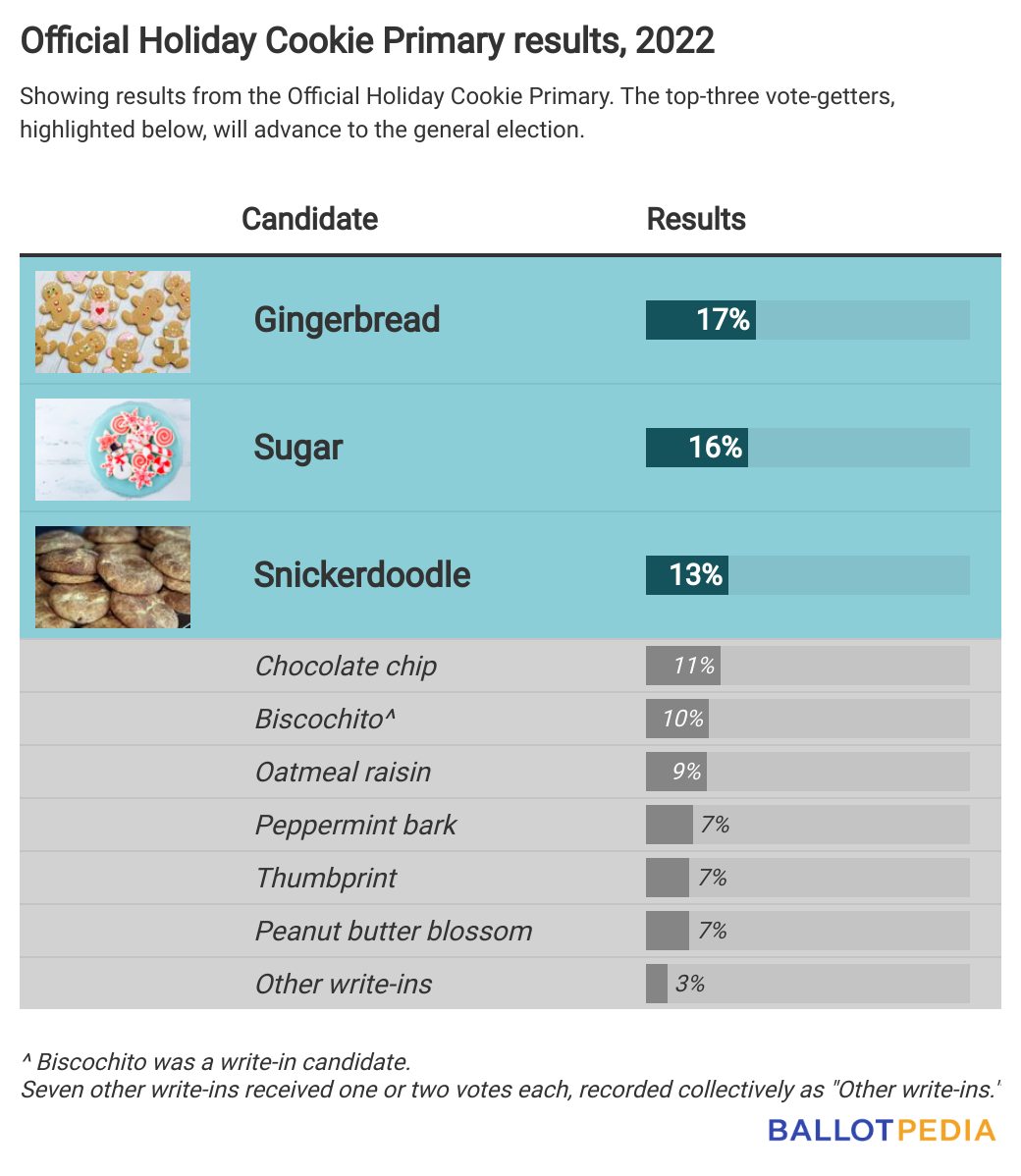 If you haven’t voted, then you have a few more hours to help decide the 2022 Official Holiday Cookie. Polls close at 5:00pm E.T. Check out the candidate profiles as you prepare to cast your vote!

The U.S. Supreme Court (SCOTUS) will begin hearing arguments for its January 2023 argument sitting on Jan. 9. The court will hear seven cases, concluding on Jan. 18. Here’s a look at what you can expect. To date, the court has heard arguments in a little over half of the 51 cases it has taken up this term (so far).

To date, the court has heard arguments in 27 cases. Nine cases have not yet been scheduled for argument.

On Dec. 19, 2022, the court released its February argument calendar, scheduling seven cases for argument from Feb. 21 to March 1.