In Americans for Prosperity v. Bonta, the Thomas More Law Center and Americans for Prosperity challenged a California policy requirement that tax-exempt §501(c)(3) charitable organizations must disclose the names and addresses of major donors. The groups argued that the policy violated the First Amendment to the U.S. Constitution. On appeal, the U.S. Court of Appeals for the 9th Circuit had ruled in favor of the state. However, in a 6-3 opinion, the U.S. Supreme Court reversed that ruling and remanded the case for further proceedings, holding that the district court was correct in entering judgment in favor of the petitioners and permanently enjoining the California Attorney General from collecting their Schedule B forms. SCOTUS ruled that the Ninth Circuit erred when it vacated those injunctions and directed the entry of judgment for the attorney general. Chief Justice John Roberts delivered the majority opinion of the court. Justice Clarence Thomas filed a concurring opinion. Justice Samuel Alito filed a concurring opinion, joined by Justice Neil Gorsuch. Justice Sonia Sotomayor filed a dissenting opinion, joined by Justices Stephen Breyer and Elena Kagan..

With a 6-3 opinion in Brnovich v. Democratic National Committee, the U.S. Supreme Court reversed the U.S. Court of Appeals for the 9th Circuit’s ruling and remanded the case for further proceedings, holding that Arizona’s out-of-precinct policy and HB 2023 did not violate §2 of the Voting Rights Act, and that HB 2023 was not enacted with a racially discriminatory purpose. Justice Samuel Alito delivered the majority opinion of the court. Justice Neil Gorsuch filed a concurring opinion, joined by Justice Clarence Thomas. Justice Elena Kagan filed a dissenting opinion, joined by Justices Stephen Breyer and Sonia Sotomayor.

Transunion LLC v. Ramirez concerned the standing of plaintiffs in a class-action lawsuit. The court reversed the decision of the United States Court of Appeals for the 9th Circuit and remanded the case for further proceedings in a 5-4 ruling, holding that members of the class-action lawsuit whose credit files were not provided to third-party businesses did not suffer a concrete harm from TransUnion’s actions and therefore lacked standing to sue under Article III. Justice Brett Kavanaugh delivered the opinion of the court. Justice Clarence Thomas wrote a dissenting opinion joined by Justices Stephen Breyer, Sonia Sotomayor, and Elena Kagan. Justice Kagan filed a dissenting opinion joined by Justices Breyer and Sotomayor.

With a 6-3 opinion in Yellen v. Confederated Tribes of the Chehalis Reservation, the U.S. Supreme Court reversed the U.S. Court of Appeals for the D.C. Circuit’s ruling and remanded the case for further proceedings. The court held that Alaska Native Corporations (ANCs) are “Indian tribe[s]” under the Indian Self-Determination and Education Assistance Act (ISDA) and, as a result, are eligible for CARES Act funding. Justice Sonia Sotomayor authored the court’s majority opinion. Justice Neil Gorsuch filed a dissenting opinion, joined by Justices Clarence Thomas and Elena Kagan.

In the case of HollyFrontier Cheyenne Refining, LLC v. Renewable Fuels Association, the court issued another 6-3 opinion, reversing the United States Court of Appeals for the 10th Circuit’s ruling. The lower court’s ruling held that a small refinery that previously received a hardship exemption may obtain an extension even if it experienced a lapse in exemption coverage during the previous year. Justice Neil Gorsuch delivered the majority opinion. Justice Amy Coney Barrett filed a dissenting opinion, joined by Justices Sonia Sotomayor and Elena Kagan.

Fulton v. City of Philadelphia concerned the Free Exercise Clause of the First Amendment. In a unanimous ruling, the court reversed the U.S. Court of Appeals for the 3rd Circuit’s decision and remanded the case for further proceedings, holding that the City of Philadelphia violated Catholic Social Service’s (CSS) right to free exercise under the First Amendment by excluding CSS from the foster care program due to CSS’s refusal to certify same-sex couples. Chief Justice John Roberts delivered the court’s majority opinion.

With a 7-2 opinion in the case California v. Texas, the U.S. Supreme Court reversed the U.S. Court of Appeals for the 5th Circuit’s ruling and remanded the case for further proceedings, holding that the plaintiffs did not have standing to challenge the ACA’s minimum essential coverage provision because they had not shown past or future injury fairly traceable to the defendants’ conduct enforcing the provision. Justice Stephen Breyer delivered the majority opinion. Justice Clarence Thomas filed a concurring opinion. Justice Samuel Alito filed a dissenting opinion, joined by Justice Neil Gorsuch.

With an 8-1 opinion in the case Nestlé USA v. Doe I, the U.S. Supreme Court reversed the U.S. Court of Appeals for the 9th Circuit’s ruling and remanded the case for further proceedings, holding that to plead facts sufficient to support a domestic application of the Alien Tort Statute (ATS), plaintiffs must allege more domestic conduct than general corporate activity common to most corporations. Justice Clarence Thomas announced the judgment of the court and delivered the opinion of the court with respect to Parts I and II, joined by Chief Justice John Roberts and Justices Stephen Breyer, Sonia Sotomayor, Elena Kagan, Neil Gorsuch, Brett Kavanaugh, and Amy Coney Barrett, and an opinion with respect to Part III, in which Justices Gorsuch and Kavanaugh joined. Justice Gorsuch filed a concurring opinion, in which Justice Alito joined as to Part I, and in which Justice Kavanaugh joined as to Part II. Justice Sotomayor filed an opinion concurring in part and concurring in the judgment, in which Justices Breyer and Kagan joined. Justice Samuel Alito filed a dissenting opinion.

The statewide nonpartisan general election for Wisconsin was held on April 6. The primary was held on February 16, and the filing deadline to run passed on January 5. Candidates ran in elections for special elections in the Wisconsin State Legislature, three judgeships on the Wisconsin Court of Appeals, and in municipal and school board elections.

• The cities of Madison and Milwaukee

Chief Judge Timothy Stanceu of the United States Court of International Trade announced that he will assume senior status on April 5, 2021. Stanceu joined the court in 2003 after being nominated by President George W. Bush (R). He became the chief judge on July 1, 2014.

Stanceu graduated from Colgate University with his bachelor’s degree in 1973 and received his J.D. from the Georgetown University Law Center in 1979. Prior to joining the court, Stanceu served as a private practice attorney and on multiple government councils.

As of March 10, 2021, there were 70 vacancies out of 890 active federal judicial positions. Of those, 67 were for Article III life-term judgeships.

The special election was called after Shirley Weber (D) left office due to her appointment as California Secretary of State by Gov. Gavin Newson (D). The previous secretary of state—Alex Padilla (D)—resigned following his appointment to the United States Senate. Newsom formally appointed Weber to the office on January 18, and the California legislature unanimously confirmed Weber as the first Black person to hold this position on January 28. Weber served in the state assembly from 2012 until she was sworn in as secretary of state on January 29.

The nonpartisan primary election for school board seats in Oklahoma is on February 9, 2021. Candidates are competing to advance to the general election scheduled for April 6, 2021. The filing deadline passed on December 9, 2020.

In all, a total of 33 school board seats across 26 Oklahoma school districts covered by Ballotpedia are up for election in 2021. 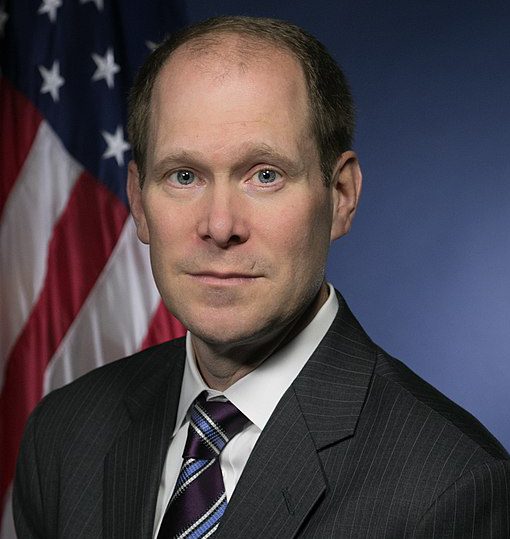 Bolger joined the Alaska Supreme Court in 2013. He was appointed by Gov. Sean Parnell (R) to succeed Justice Walter Carpeneti. He became chief justice of the court in July 2018. Bolger is the only justice to have served on every level in the Alaska state court system. Before joining the Alaska Supreme Court, Bolger was a judge on the Alaska Court of Appeals from 2008 to 2013, the Kodiak Superior Court from 2003 to 2008, and the Valdez District Court from 1997 to 2003. Bolger received his bachelor’s degree in economics from the University of Iowa in 1976 and his J.D. from the University of Iowa College of Law in 1978.

Under Alaska law, state supreme court justices are selected by the governor with help from a seven-member nominating commission. The commission provides a list of two or more candidates to the governor, who must choose from that list. New justices serve an initial term of at least three years, after which the justice must stand for retention in a yes-no election to remain on the bench. Subsequent terms last 10 years. The chief justice of the supreme court is selected by peer vote and serves a three-year term.