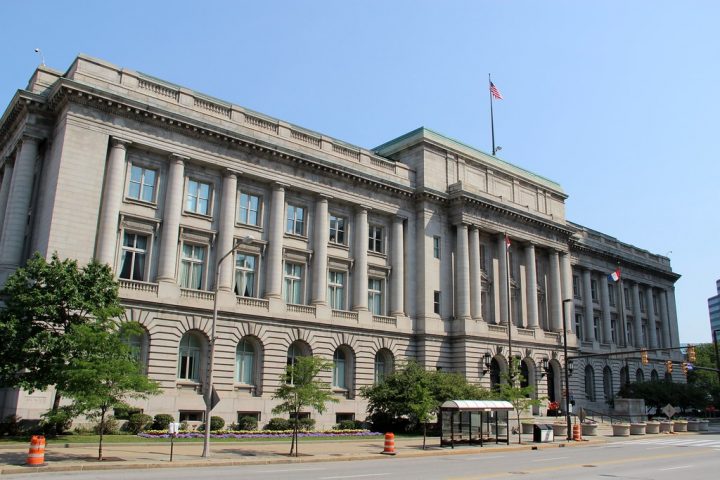 On July 7, Citizens for a Safer Cleveland submitted an additional 3,208 signatures to the Cuyahoga County Board of Elections for verification after the committee was short 384 of the 6,270 valid signatures needed to qualify for the Cleveland ballot in November.

The initiative would repeal and replace sections of the Cleveland City Charter concerning the organization and oversight of the Cleveland Police Department. It would grant the chief of police the authority to discipline police officers in any reasonably justifiable way, subject to subject to review by the Civilian Police Review Board and the Community Police Commission. The initiative would restructure the Office of Professional Standards to report to the Civilian Police Review Board rather than the executive head of the police department. The initiative would bar current or former police officers from serving as the administrator of the office and would require that the police chief (and the force at large) comply with any requests for information that the office makes within 30 days.

The initiative would also enact the following changes to the nine-member Civilian Police Review Board:

Lastly, the initiative would create the 13-member Community Police Commission. The duties of the Commission would include serving as the final authority over disciplinary actions of officers; interviewing and recommending candidates for police commander and inspector general; establishing and auditing police recruitment and training practices; and directing the investigations of the Civilian Police Review Board.

Ballotpedia is covering a selection of notable police-related ballot measures in 2021. In April, voters in Oak Park, Illinois, defeated a non-binding advisory question that advised the city to defund the police department. In May, voters in Austin, Texas approved a measure to establish the position of the Director of Police Oversight in the city charter. Voters in San Antonio, Texas, defeated a measure that would have repealed collective bargaining for police officers. Voters in Pittsburgh approved a measure to require police to knock on a door, announce their presence, and wait at least 15 seconds before entering a residence to execute a warrant. Allegheny County voters approved a measure to prohibit the solitary confinement of persons held in the Allegheny County Jail.