On July 27, the CDC updated its guidance to recommend that fully vaccinated and unvaccinated people wear masks indoors in locations with substantial or high coronavirus transmission. According to the CDC, 69.3% of counties in the United States were experiencing what CDC defines as high or substantial levels of transmission as of July 29.

Since the CDC’s announcement, municipal governments with jurisdiction over fourteen of America’s 100 largest cities and Washington, D.C. have announced indoor mask mandates. Four of these cities are located in Nevada, where Gov. Steve Sisolak (D) announced an indoor mask requirement in counties with high or substantial coronavirus transmission, effective July 30. Las Vegas, Henderson, Reno, and North Las Vegas are all located in high transmission counties, according to the CDC, making them subject to Sisolak’s mask order.

In Florida, Mayors Daniella Levine-Cava and Jerry Demings of Miami-Dade County and Orange County, which encompass the cities of Hialeah, Miami, and Orlando, issued indoor mask requirements on July 28. It is unclear whether these requirements will stand, however, due to a state law that allows Gov. Ron DeSantis (R) to preempt local emergency rules.

In California, Los Angeles County reinstated its mask mandate on July 15, followed by the city of Long Beach on July 16. Honolulu was also subject to indoor mask requirements before the CDC’s updated guidance, due to preexisting statewide guidance in Hawaii.

In total, 39 states issued statewide public mask requirements during the pandemic. At the time of writing, 7 states had statewide mask orders. All 7 states have Democratic governors. Six of the seven states exempted fully vaccinated people from most requirements.

In November, Oregon could be the first state to approve a ballot initiative, Measure 109, that legalizes psilocybin. Washington, D.C., is also voting on a measure related to psilocybin and other entheogenic plants and fungi.

Currently, psilocybin, which is derived from certain species of fungi, is listed as a Schedule I controlled substance under the Controlled Substances Act.

In Oregon, Measure 109 would create a program for administering psilocybin, such as psilocybin-producing mushrooms and fungi, to individuals aged 21 years or older. People would be allowed to purchase, possess, and consume psilocybin at a psilocybin service center and under the supervision of a psilocybin service facilitator after undergoing a preparation session.

Measure 109 faces opposition from a Portland-based group that seeks to decriminalize psilocybin. Zave Forster of Decriminalize Nature Portland stated, “We are concerned about the implications of an elite group of beneficiaries putting a free medicine that grows naturally out of the ground behind a paywall.”

Denver, Colorado, was the first local jurisdiction to vote on, and approve, a ballot measure to declare that the adult use and possession of psilocybin mushrooms were of the city’s lowest law enforcement priorities. In California, the Oakland City Council and Santa Cruz City Council passed resolutions to de-prioritize law enforcement actions against entheogenic plants. Most recently, Ann Arbor, Michigan, became the fourth jurisdiction to declare entheogenic plants to be considered the city’s lowest law enforcement priorities.

Both Oregon Measure 109 and D.C. Initiative 81 share a common top funder—the New Approach PAC. The organization is based in Washington, D.C., and supported marijuana legalization measures in previous election cycles. Between 2014 and 2018, New Approach contributed at least $6.9 million to campaigns supporting recreational or medical marijuana measures. Tax filings from prior years show that New Approach received funding from the Van Ameringen Foundation and Dr. Bronner’s Magic Soaps. In both Oregon and D.C., no political action committees were organized to oppose the measures.

On August 5, the D.C. Board of Elections certified Initiative 81 for the November 3 ballot.

The campaign Decriminalize Nature D.C. reported filing 36,249 signatures with the D.C. Board of Elections on the July 6 deadline. In Washington, D.C., the number of signatures required for a ballot initiative is equal to 5% of the district’s registered voters. Moreover, signatures from 5% of registered voters in five of eight city wards are required to meet the city’s distribution requirement.

The Washington, D.C. Council approved a bill on May 5, 2020, to allow petitions to be distributed, printed, signed, scanned (uploaded), and mailed to proponents rather than collected in person because of the coronavirus pandemic. Voters still needed to sign physical copies of the petitions. Decriminalize Nature D.C. mailed petitions to more than 220,000 households in Washington, D.C. Nikolas Schiller, the campaign’s field director, said that the campaign ended up receiving about 7,000 signatures by mail.

Oregon voters will decide an initiative to establish a psilocybin program in November 2020. If approved, the initiative would make Oregon the first state to legalize psilocybin. In 2019, voters in Denver, Colorado, approved Initiated Ordinance 301, which declared that the adult use and possession of psilocybin mushrooms were of the city’s lowest law enforcement priorities. 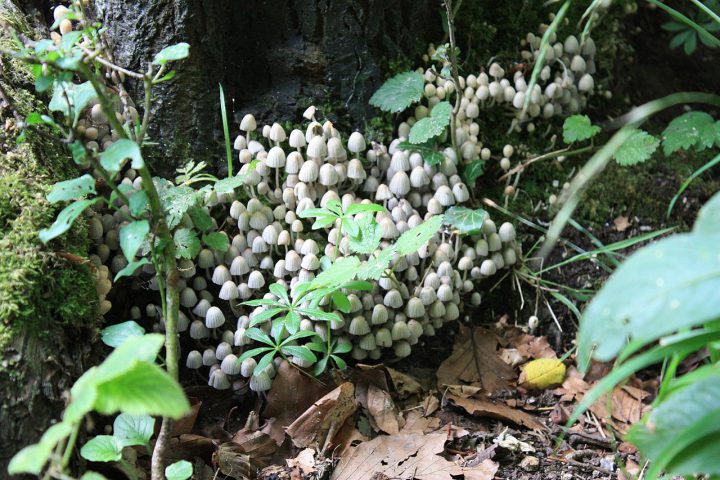 On July 6, 2020, the campaign Decriminalize Nature D.C. reported filing 36,249 signatures with the D.C. Board of Elections for a ballot initiative on entheogenic plants and fungi. In Washington, D.C., the number of signatures required for a ballot initiative is equal to 5 percent of the district’s registered voters. As of May 31, there were 496,701 registered voters in Washington, D.C.; therefore, the signature requirement is 24,836 valid signatures.
Known as Initiative 81, the ballot initiative would declare that police shall treat the non-commercial cultivation, distribution, possession, and use of entheogenic plants and fungi as among the lowest law enforcement priorities. Initiative 81 would define entheogenic plants and fungi as species of plants and fungi that contain ibogaine, dimethyltryptamine, mescaline, psilocybin, or psilocyn. Examples include psilocybin mushrooms—also known as magic mushrooms or shrooms—peyote, and iboga. The ballot initiative would also ask the D.C. Attorney General and U.S. Attorney for D.C. to cease the prosecution of residents who engage with entheogenic plants and fungi.
The D.C. Board of Elections has 30 days from July 6 to determine if enough of the submitted signatures are valid for the initiative to appear on the November 3 ballot. D.C. also has a distribution requirement for signatures, requiring that the total number of submitted signatures include 5 percent of the registered electors in each of at least 5 of the city’s 8 wards.
In 2019, Denver, Colorado, became the first city to decriminalize psilocybin mushrooms. Denver Initiated Ordinance 301, which received 50.6 percent of the vote, declared that the adult use and possession of psilocybin mushrooms were of the city’s lowest law enforcement priorities. Initiated Ordinance 301 prohibited the city from spending resources on enforcing related penalties.
Voters in Oregon could decide a psilocybin-related initiative on November 3, 2020. The Oregon Psilocybin Society submitted signatures on June 29, 2020.
Additional reading: