Brad Lander won the Democratic primary for New York City comptroller. The primary took place on June 22, and the race was called after the New York City Board of Elections released ranked-choice voting tabulations on Tuesday, July 6. Those tabulations included early voting ballots, election day ballots, and most absentee ballots. Voters were allowed to rank up to five candidates on their ballots.

As of Wednesday morning, Lander had 51.9% of the vote after 10 rounds of tabulation, followed by Corey Johnson at 48.1%, with 24,683 votes separating them. Johnson conceded the race Tuesday night.

Lander is a member of the New York City Council and a co-founder of the council’s Progressive Caucus. He received endorsements from Rep. Alexandria Ocasio-Cortez (D-N.Y.), Sens. Elizabeth Warren (D-Mass.) and Bernie Sanders (I-Vt.), and The New York Times.

Johnson, who placed second, is speaker of the city council. His endorsers included Rep. Ritchie Torres (D-N.Y.), the United Federation of Teachers, the NY Hotel & Motel Trades Council, and several other unions.

Michelle Caruso-Cabrera placed third and was eliminated in the 9th round of ranked-choice tabulations. She is a former financial analyst at CNBC and challenged Ocasio-Cortez in the Democratic primary for New York’s 14th Congressional District last year.

The comptroller’s duties include performing audits of city agencies and managing five public pension funds. The next comptroller will also oversee how federal stimulus money issued in response to the pandemic is spent. The general election is on November 2. 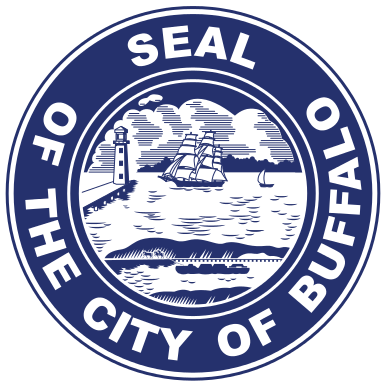 New York City held its Democratic and Republican primaries for mayor of New York City on June 22. It was the first time ranked-choice voting (RCV) was used for a mayoral primary in the city’s history. Final RCV tabulations are not expected until the week of July 12, due to the deadlines for voters to submit absentee ballots and fix ballot issues.

With 84% of precincts reporting, Brooklyn Borough President Eric Adams led 12 other Democrats with 32% support in the first round of voting. Former mayoral counsel Maya Wiley and former city sanitation commissioner Kathryn Garcia followed with 22% and 20%, respectively.

Curtis Sliwa defeated Fernando Mateo in the first round of the Republican primary with more than 70% of the vote.

Sliwa and the Democratic nominee will advance to the general election on November 2, 2021. Incumbent Mayor Bill de Blasio (D) is not running for re-election due to term limits.

A special Democratic primary runoff will be held on June 22 for District 78 in the Alabama House of Representatives. Kenyatté Hassell and Donald Williams advanced to the Democratic primary runoff after defeating Terance Dawson and Roderick Thornton in the May 25 primary. The winner of the runoff will face Loretta Grant (R) in the special election on Sept. 7. The winner of the special election will serve until November 2022.

Hala Ayala (D) won the Virginia lieutenant gubernatorial Democratic primary on June 8, 2021, defeating five other candidates. Ayala received with 39.1% of the vote, followed by Sam Rasoul (D) with 25.2% and Mark Levine (D) with 11.7%.

Andria McClellan, Sean Perryman, and Xavier Warren also ran in this election. At the time of the election, Ayala, Levine, and Rasoul all served in the Virginia House of Delegates. McClellan was elected to the Norfolk City Council in 2015. Perryman’s career experience includes working as the director of social impact at the Internet Association. Warren has worked as an NFL sports agent and lobbyist for non-profit organization.

Ayala will face Republican nominee Winsome Sears in the Nov. 2 general election. Sears won his party’s nomination at a May 8 nominating convention.

Of the four lieutenant governors who have been elected since 2002, three were Democrats and one was a Republican. Two of them, Tim Kaine (D) and Ralph Northam (D), went on to become governor. The lieutenant governor is popularly elected every four years by a plurality and, unlike the governor, may run for re-election.

Two states—New Jersey and Virginia—are holding state legislative elections this year. Democratic and Republican voters in each state will be selecting nominees for these races on June 8.

In New Jersey, all 120 state legislative seats are up for election: 80 in the General Assembly and 40 in the state Senate.

Former Assm. Joe Howarth (R), who lost a primary in 2019, is the only state legislative incumbent to lose a primary in New Jersey since 2011.

Democrats have held majorities in both chambers of the New Jersey State Legislature since 2003 and currently hold a Democratic trifecta alongside incumbent Gov. Phil Murphy (D), who is also running for re-election in 2021.

In Virginia, all 100 seats in the House of Delegates are up for election.

In 2019, one House incumbent—Del. Robert Thomas Jr. (R)—lost in a primary election. Thomas’ defeat was the first for a House incumbent in Virginia since 2015 when Mark Berg (R) and Johnny Joannau (D) lost in their respective primaries.

This is the first state legislative election cycle in Virginia since Democrats won a majority in the House of Delegates. In 2019, Democrats won majorities in both the state House and Senate, creating a Democratic trifecta in Virginia for the first time since 1994. The chart below shows the change in partisan control of the House of Delegates since 2011.

To learn more about these state legislative elections, use the links below:

State Rep. Edward Gainey (D) defeated incumbent Bill Peduto, Tony Moreno, and Michael Thompson in the May 18, 2021, Democratic primary for mayor of Pittsburgh, Pennsylvania. Gainey received 46.18% with 98% of precincts reporting as of May 19. Peduto received 39.29% of the vote, while Moreno and Thompson received 13.12% and 1.2% respectively.

No Republicans filed to run in the race. Unless a write-in candidate enters, Gainey will run unopposed in the general election on November 2, 2021.

Gainey was first elected to the Pennsylvania House of Representatives to represent District 24 in 2012. He was re-elected in 2014, 2016, 2018, and 2020. His campaign focused on what he called demilitarizing the police, building affordable housing, and pushing to revoke the University of Pittsburgh Medical Center’s (UPMC) nonprofit status to collect more in taxes. Gainey would be the first Black mayor of Pittsburgh.

Peduto was first elected mayor in 2013 and re-elected in 2017. Peduto’s campaign focused on policies he enacted as mayor, including mandatory de-escalation practices and implicit bias training for police officers and COVID-19 paid sick leave for Pittsburgh workers. Before becoming mayor, Peduto served on the Pittsburgh City Council, representing District 8 from 2002-2013.

Moreno, a military veteran and retired Pittsburgh police officer, campaigned on his experience in law enforcement, while Thompson, a math tutor and driver for Lyft and Uber, focused on affordable housing.

To learn more about the mayoral election in Pittsburgh, click here.

Four Republican candidates filed to run for governor of New Jersey ahead of the April 5 filing deadline. Jack Ciattarelli, Brian Levine, Philip Rizzo, and Hirsh Singh will compete in the June 8 primary election for their party’s nomination. The general election will take place on Nov. 2.

Governor Phil Murphy (D) faces challenger Roger Bacon in the Democratic primary. Murphy won a six-way Democratic primary with 48% of the vote in 2017. This is Bacon’s second run for governor. In 2009, he ran in a four-way primary against then-Gov. Jon Corzine (D) and received 6% of the vote.

New Jersey is currently a Democratic trifecta, with a Democratic governor and Democratic majorities in both chambers of the state legislature. New Jersey was last under divided government in 2017, when Democrats controlled the legislature and Chris Christie (R) was governor.

Delaware held its statewide primary election on September 15. Races for two congressional seats were on the ballot—one for a U.S. Senate seat and one for Delaware’s at-large U.S. House seat. Both incumbents filed for re-election and won their respective primaries, advancing to the general election on November 3.

In the race for Delaware’s Class II Senate seat, incumbent Chris Coons (D) advanced from the Democratic primary over challenger Jessica Scarane with 73% of the vote, according to unofficial results. Republican Lauren Witzke won the Republican primary, beating James DeMartino with 57% of the vote.

Incumbent Lisa Blunt Rochester was unopposed in the Democratic primary for Delaware’s at-large U.S. House seat. The primary was canceled and Rochester advanced automatically to the general election. In the Republican primary, Lee Murphy secured 74% of the vote to advance to the general over Matthew Morris.

Delaware’s primary was the 49th to take place in the 2020 election cycle. The next and last congressional primary is on November 3 in Louisiana.