The congressional map was approved by a 35-11 vote, with all dissenting votes coming from Democratic members of the legislature. All Republicans in attendance voted in favor of the map, along with four Democrats.

The state legislative map was approved by a 37-7 vote. Twenty-nine Republicans and eight Democrats voted in favor of the map. Five Democrats and two Republicans voted against it.

Following the approval of the maps, Sen. Justin Wayne (D) said: “It was a very frustrating process, but we got to a good result.” Sen. Lou Ann Linehan (R), chairwoman of the redistricting committee, expressed approval of the maps and said she was “constantly reminded how capable Sen. Wayne is” during the negotiations.

These maps will take effect for the 2022 congressional and state legislative elections.

Unofficial results showed Stothert received 67% of the vote to Neary’s 33% at the time of his concession.

Stothert described her campaign for re-election as an effort to continue projects that had begun during her tenure such as the development of the city’s waterfront spaces along the Missouri River. Stothert also emphasized her expansion of the city’s police force and the passage of a bond package to fund road repairs.

Neary, a commercial real estate developer and former member of the Omaha Planning Board, called Omaha “a great city but one that struggles with racial inequities,” adding that he “envisions a more equal Omaha, with more and better affordable housing, and a more sustainable transportation system.”

If Stothert serves a full four-year term as mayor, she will become the longest-serving mayor in Omaha’s history. No mayor has served for more than nine consecutive years. Stothert has already served eight years as mayor.

Four incumbents were re-elected to the Lincoln Public Schools school board in Nebraska in the nonpartisan general election on May 4. Kathy Danek (District 1), Barbara Beier (District 3), Lanny Boswell (District 5), and Don Mayhew (District 7) each won new four-year terms on the seven-member board.

The city of Lincoln, Nebraska, also held nonpartisan general elections on May 4 for three at-large seats on the city council and two at-large seats on the Lincoln Airport Authority. Six candidates, including three incumbents, competed for the city council seats. All six advanced from the April 6 primary after defeating four other candidates. Incumbents Sändra Washington and Bennie Shobe were re-elected to the city council in the general election, and newcomer Tom Beckius won his first term on the board. John Olsson and Nicki Behmer won the airport authority seats.

Lincoln Public Schools served 41,737 students during the 2017-2018 school year. Lincoln is the second-largest city in Nebraska and the 71st-largest city in the U.S. by population.

The nonpartisan general election for Omaha, Neb., will be held on May 11. The top-two primary was held on April 6. Candidates will be competing for mayor and seven city council seats. On election day, the polls will be open from 8 a.m. to 8 p.m.

In the mayoral race, incumbent Jean Stothert and RJ Neary are facing off in the general election. Stothert is one of 26 Republican mayors across the country’s 100 largest cities. She was first elected in 2013, following Democratic control of the mayorship since 2001, and won re-election in 2017. She is Omaha’s longest-serving Republican mayor since 1906.

Neary is the chairman of Investors Realty, a commercial real estate investment company, and the former chairman of the Omaha Planning Board. During the primary, he received endorsements from the city’s three most recent Democratic mayors: Mike Fahey, Jim Suttle, and Mike Boyle.

Seven city council seats will also be on the May 11 ballot. District 3 incumbent Chris Jerram was the only city council member to not file for re-election in 2021. Five incumbents advanced past the primary election and will appear on the general election ballot. District 5 incumbent Colleen Brennan lost her re-election bid after placing fifth in the primary election.

*District 1: Incumbent Pete Festersen and Sarah Johnson are facing off in the general election. Festersen has served on the city council since 2009.

*District 2: Incumbent Ben Gray and Juanita Johnson will face off in the general election. Gray has represented District 2 since 2009.

*District 3: Danny Begley and Cammy Watkins are competing for this open seat. Incumbent Jerram announced in August 2020 that he would not seek a fourth term in 2021. He has represented District 3 on the city council since 2009.

*District 4: Incumbent Vinny Palermo and Rebecca Barrientos-Patlan will face off in the general election. Palermo has served on the city council since 2017.

*District 6: Incumbent Brinker Harding and Naomi Hattaway will face off in the general election. Harding has represented District 6 on the city council since 2017.

*District 7: Incumbent Aimee Melton and Sara Kohen are facing off in the general election. Melton has served on the city council since 2013.

Omaha is the 42nd largest city by population in the United States. In 2021, Ballotpedia is covering municipal elections in 22 counties and 71 cities, including 43 mayoral elections.

Nicki Behmer, Jason Krueger, John Olsson, and Tracy Refior are running in the Lincoln Airport Authority election. The two candidates who receive the most votes will each earn a six-year term.

District 3 incumbent Barbara Baier and District 5 incumbent Lanny Boswell are unopposed in their bids for re-election on the school board. Incumbent Kathy Danek and Christina Campbell will face off in the District 1 general election. In the District 7 election, incumbent Don Mayhew will face off against Michael Patestas. The winners of the four races will earn four-year terms.

Lincoln is the 71st largest city by population in the United States. In 2021, Ballotpedia is covering municipal elections in 22 counties and 71 cities, including 43 mayoral elections.

Incumbent Jean Stothert (R) and RJ Neary (D) advanced from the top-two mayoral primary in Omaha, Nebraska, held on April 6, 2021. The two will advance to the general election on May 8, 2021.

According to unofficial results, Stothert received 57% of the vote followed by Neary with 16%. The remaining candidates, Jasmine Harris (D), Kimara Snipes (D), Mark Gudgel (D), and Jerome Wallace Sr. (D) received 14%, 9%, 5%, and 0.1% of the vote, respectively.

Stothert is one of 26 Republican mayors across the country’s 100 largest cities. She was first elected in 2013, following Democratic control of the mayorship since 2001, and won re-election in 2017. She is Omaha’s longest-serving Republican mayor since 1906. According to pre-primary campaign finance reports, Stothert had $380,301 on hand.

Neary is the chairman of Investors Realty, a commercial real estate investment company, and the former chairman of the Omaha Planning Board. During the primary, he received endorsements from the city’s three most recent Democratic mayors: Mike Fahey, Jim Suttle, and Mike Boyle. According to pre-primary campaign finance reports, Neary had $73,960 on hand.

Omaha is located primarily in Nebraska’s 2nd Congressional District. During the 2020 presidential election, the district voted for Joe Biden (D) after voting for Republicans Mitt Romney (R) and Donald Trump (R) in 2012 and 2016, respectively. Over that time, the presidential election margin in the district shifted 13.7 percentage points from Republicans to Democrats. Romney won by 7.1 points, which decreased to a 2.2-point victory for Trump. Biden won by 6.6 percentage points in 2020.

For more information on the primary and the candidates, click here:

According to a press release from Gov. Pete Ricketts’ (R) office, Ramge served the department for 36 years, first joining in 1984 as an employee of the Market Conduct Division. He was then promoted to chief of market regulation in 1999, which was later followed by his appointments to deputy director and director in 2008 and 2010, respectively.

According to Nebraska’s constitution, Gov. Ricketts is responsible for appointing Ramge’s replacement with the consent of a majority of the state legislature. According to the Lincoln Journal Star, Ricketts appointed Eric Dunning to the position on April 2, with an effective start date of April 19.

An effort is underway in Lincoln, Nebraska, to recall Mayor Leirion Gaylor Baird and city council members James Michael Bowers, Richard Meginnis, Jane Raybould, and Tammy Ward. Petitions were filed with the Lancaster County election commissioner on October 26. Each official is given 20 days to submit a statement of defense, after which the election commissioner has five days to approve the petitions for circulation. Recall organizers will then have 30 days to gather signatures.

The recall effort is organized by a group called LNK Recall in response to the appointment of Lincoln-Lancaster County Health Director Pat Lopez on August 17, 2020. The Lincoln City Council suspended city charter rules that give the public an opportunity to weigh in on the appointment, allowing for an immediate vote to appoint Lopez as health director.

Petition language against Baird states, “Mayor Baird sought out and obtained open-ended authoritarian control and used it to attack our liberty, usurp legislative authority, silence our voices, misuse our police, destroy our small businesses, sow discord in our community and allowed vandalism in our city. We the people do hereby intend to stop her assault on the citizens and Good Life of Lincoln.”

Petition language against the council members states, “City Council ignored them (Lincoln citizens) and voted to suspend councils own rules anyway, in order to cancel the remaining required hearing and vote immediately, silencing the voice of Lincoln citizens.”

In response to the recall effort, Baird said, “I am focused every minute on doing the job that the people of Lincoln elected me to do. Right now, that includes working with the City Council and our Health Department to lead the city through an unprecedented global pandemic. I am not going to be distracted by a small group of people who want to divide our community.” 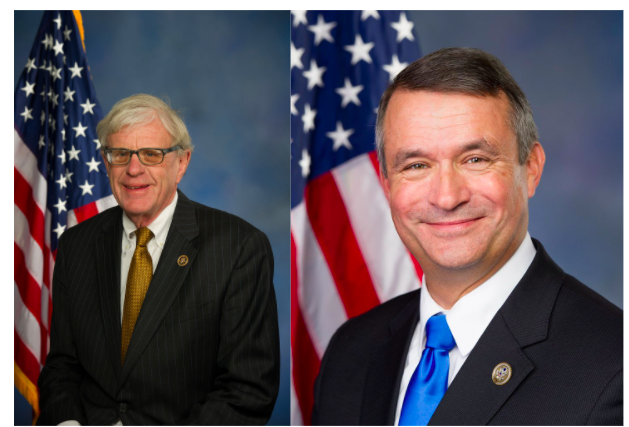