New Jersey’s congressional district boundaries were redrawn after the 2020 census. Joe Biden (D) defeated Donald Trump (R) 54.2% to 44.3% in the 7th District in the 2020 presidential election. According to data from Daily Kos, the redrawn 7th District voted for Biden 51.1% to 47.3%.

Malinowski says that during his time in Congress he “[helped] pass a bipartisan infrastructure bill to fund the Gateway Tunnel, [brought] manufacturing and supply chains home to America, and [won] real progress on health care costs, gun safety and the environment.” He said, “Tom Kean Jr. doesn’t seem to have a platform or a solution to anything, even on the economy – the one issue he beats the drum on.”

Kean, a former minority leader in the New Jersey Senate, says, “I have consistently fought to lower taxes and grow jobs as a leader in the state legislature and that is priority number one for me in Congress.” He said, “Tom Malinowski ignored the warning of economists, listened to Nancy Pelosi and backed billions in wasteful spending. Now we are all paying more. I’m running for Congress to work across the aisle to get prices down and stop the reckless spending.”

The outcome of this race will affect the partisan balance of the U.S. House of Representatives in the 118th Congress. All 435 House districts are up for election. Democrats currently hold a 220-212 majority in the U.S. House, with three vacancies.

The Hillsborough Board of Education in New Jersey voted on September 19, 2022, to approve a revised K-12 social studies curriculum. Board members announced they would delay voting on the curriculum until October, but decided to vote to pass the curriculum after hearing public comments from educators and parents. The revisions include a variety of changes including civics standards and new diverse resources for instruction.

Some board members, such as John Oliver, argued that the vote should have been delayed to address concerns regarding certain content in the curriculum guides. Oliver said, “There are a couple of topics that I found on there to be a little bit controversial, a little bit offensive. I don’t have… I haven’t had a chance to really go through it and look at it but my point is to hold this off to give the public a little more chance to review this and give them an opportunity to weigh in as well,” according to Patch.

During the period for public comments, educators argued that the curriculum outlines in question adhered to state standards and are meant to be used as guides for teachers. Dr. Kim Feltre, Assistant Superintendent for Curriculum and Instruction, said, “A board will never see individual worksheets because that’s not what… that’s up to the teachers. The teachers take the guide and they turn it into what goes on in the classroom and that’s where they are the professionals,” according to Patch.

New Jersey became the first state to incorporate climate change into K-12 curriculum standards at the start of the 2022-2023 school year. The State Board of Education first announced that they would adopt the new curriculum standards in June 2020, after the curriculum changes were initiated by New Jersey First Lady Tammy Murphy. The updated standards aim “to prepare students to understand how and why climate change happens and the impact it has on our local and global communities as well as to act in informed and sustainable ways.”

Governor Phil Murphy (D) wrote on Twitter on September 6, 2022, “Our children are our future, and the lessons New Jersey students will learn with this new curriculum will bring us one step closer to building our green economy and reaching and sustaining 100% clean energy by 2050.”

The New Jersey Assembly Commerce and Economic Development Committee on May 19 approved A-3683, a bill that would give tax credits to some small businesses with an aim to offset increasing unemployment insurance taxes following the coronavirus pandemic. The New Jersey Business and Industry Association estimates businesses in the state face about $250 million in additional taxes this fiscal year and will owe an additional $600 million over the next two years.

The solvency of New Jersey’s unemployment trust fund decreased during the coronavirus pandemic. New Jersey uses a formula that triggers automatic unemployment insurance tax increases when the unemployment fund is depleted. The bill aims to reduce that increased tax burden for small employers. If the bill becomes law, companies can receive unemployment tax credits if they meet the U.S. Small Business Administration’s definition of a small business.

The bill would also require the state Department of Labor to provide a 30-day notice to employers before changes in the unemployment insurance tax rate can take effect.

The full state Assembly, the state Senate, and Gov. Phil Murphy (D) still need to approve the bill before it becomes law.

New Jersey and six other states — California, Iowa, Mississippi, Montana, New Mexico, and South Dakota — are holding primary elections on June 7. Winners in New Jersey primary elections are determined via plurality vote, meaning that the candidate with the highest number of votes wins even if he or she did not win more than 50% of votes cast.

Note: this story has been updated to reflect the years for which we have data available for U.S. House Seats. A previous version of this story omitted that information.

The commission voted 9-2 to approve the maps. Thomas Kean Jr. (R) and Cosmo A. Cirillo (D) were the two dissenting votes. The New Jersey Monitor’s Nikita Biryukov wrote that the vote was “an unprecedented compromise for a commission that has historically relied on a court-appointed tiebreaker to end partisan gridlock.”

Regarding the enacted maps, Republican Chairman Al Barlas said “We all said we were looking to end in a day where everyone would be proud and we would do something potentially historic and give the residents of the state a map they could all be proud of and I think we did that today.”

Democratic Chairman Leroy Jones said that “consensus cannot be achieved without compromise from all parties. […] Many of our commissioners and party leaders were left with very difficult choices, which includes some very longtime and very well-respected Democratic state senators who now find themselves in the same district.”

Justice Fernandez-Vina joined the court on Nov. 19, 2013, following an appointment by Gov. Chris Christie (R). Before serving on the state supreme court, Fernandez-Vina served as a legal associate and as a partner with private law firms.

He received a B.A. in history from Widener University in 1974 and a J.D. from Rutgers University in 1978. After law school, Fernandez-Vina clerked for New Jersey Superior Court Judge E. Stevenson Fluharty.

In 2022, there are four supreme court vacancies pending in three of the 29 states where replacement justices are appointed instead of elected. The vacancies were caused by retirements. 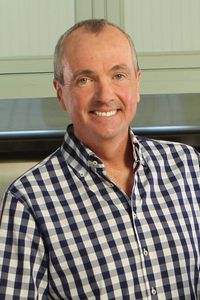 Voters in New Jersey decided two constitutional amendments on Nov. 2, approving one and rejecting the other. Proposal 1 was rejected by 56.8% of voters. It would have allowed wagering on all college sports competitions. As of 2021, the state constitution permitted sports betting except on games held in New Jersey and on games featuring New Jersey-based college teams. Therefore, the ballot measure would have expanded sports betting to include all college sports competitions.

Between 1995 and 2020, New Jersey voters decided 35 constitutional amendments, approving 32 (91.4%) of them. Before 2021, the last amendment to be rejected was Question 1 of 2016. It would have authorized two casinos in northern New Jersey.