Congress convened a joint session on Wednesday to count electoral votes by state and confirm the result of the presidential election.

As president of the Senate, Vice President Mike Pence (R) presided over the proceedings. To object to a state’s count, one member each from the House and Senate had to submit a written objection after the body read the vote count from a particular state or D.C. After time for debate—a maximum of two hours—both chambers voted by a simple majority to concur or reject the objection.

Thousands of supporters of President Donald Trump (R) went to the Capitol Building as Congress was in its joint session. Around 2:15 p.m. ET, both chambers recessed as the group breached the Capitol and the building went into lockdown. The group trespassed through several security barriers, leading to altercations with police and other security officials. Hundreds reached the interior of the Capitol and vandalized the building. Pence and House Speaker Nancy Pelosi (D-Calif.) were evacuated. Other members of Congress evacuated or sheltered in place. Four people died, including one woman shot and killed by Capitol Police.

After the Capitol was secured, Congress reconvened after 8 p.m. ET to continue with the count. Members submitted objections for six states. Two objections were formally presented by a Senate and House member:

At 3:40 a.m. ET, Pence declared Biden the winner of the presidential election with 306 electoral votes and concluded the joint session.

Biden announced on Thursday that he had selected Merrick Garland, a federal judge on the U.S. Court of Appeals for the District of Columbia Circuit, as his nominee for U.S. attorney general. Garland previously worked at the Department of Justice, where he led prosecutions related to the Oklahoma City bombings and the Unabomber case. He was a deputy assistant attorney general for the Criminal Division and a principal associate deputy attorney general.

Garland was previously nominated by President Barack Obama (D) to the Supreme Court.

Debra Haaland, Secretary of the Interior

Debra Haaland (D-N.M.) was elected to Congress in 2018. In the 116th Congress, Haaland served on the natural resources and armed services committees. An enrolled member of the Pueblo of Laguna, Haaland would be the first person of Native American descent to serve in this position according to The Washington Post.

Pete Buttigieg is a former mayor of South Bend, Ind., and 2020 Democratic presidential candidate. He served in the United States Navy Reserve as an intelligence officer, where he earned the rank of lieutenant. He graduated from Harvard University and Oxford University as a Rhodes scholar.

Jennifer Granholm was governor of Michigan from 2003 to 2011 and attorney general of Michigan from 1999 to 2003. Since leaving office, Granholm has worked as an adjunct professor of law and public policy at the University of California-Berkeley, a senior advisor to The Pew Charitable Trusts’ Clean Energy Program, and a contributor on political talk shows.

Michael Regan is the secretary of environmental quality in North Carolina. Gov. Roy Cooper (D) appointed him to the position in January 2017. Regan worked for the Environmental Protection Agency (EPA) under the Clinton and Bush administrations from 1998 to 2008. He would be the first Black man to serve in this position according to The New York Times.

Transition in Context: How the Electoral College Works

Members of the Electoral College in all 50 states and Washington, D.C., met to cast each state’s electoral votes for president and vice president on Dec. 14. But how did the process work? Here’s a quick explainer:

The Electoral College is the process by which the states and District of Columbia elect the president of the United States. The number of each state’s electors is equal to the size of its congressional delegation. The number of electoral votes allocated to each state can change every 10 years or so when the number of U.S. House members are reapportioned after the census.

There were 538 electors in total. To win the Electoral College, a candidate needed to receive a majority—at least 270—electoral votes.

Presidential candidates in each state select a slate of electors that are pledged to support him or her should they win the state. These electors are typically selected by the state party through conventions or a committee vote. When a candidate wins the popular vote in a state, their slate of electors represents that state in the Electoral College. The only exceptions to this are in Maine and Nebraska, which assign two at-large electors to the statewide winner and one elector to the winner of the popular vote in each congressional district.

Each state’s electors meet separately in their respective states and cast paper ballots for president and vice president. The electors then sign and seal six certificates of the vote, as specified by federal law.

These certificates have been posted to the website of the National Archives as they have been received. The certificates must be delivered by Dec. 23 to the president of the U.S. Senate, the state secretary of state (two copies), the archivist of the United States (two copies), and the judge of the U.S. district court in the district where they met. Congress will count the electoral votes in a joint session on Jan. 6 and declare a winner—subject to any objections to an individual state’s electoral votes.

Want to know who the electors are in your state this election cycle? We’re tracking them here.

Transition in Context: Outcome of 2017 special elections caused by nominations to Trump’s Cabinet

Here’s how Democratic and Republican leaders, advisers, and stakeholders have reacted to the nomination of Pete Buttigieg for Secretary of Transportation.

In 2016, there were 1,714 government positions subject to presidential appointment: 1,242 positions required Senate confirmation and 472 did not. Every week, Ballotpedia is tracking potential Cabinet nominees, appointments, and news related to the Biden presidential transition.

Biden announced his appointees for top economic roles on Monday, including the secretary of the Treasury and the Cabinet-rank positions of director of the Office of Management and Budget and chair of the Council of Economic Advisers.

Janet Yellen, secretary of the Treasury

Janet Yellen was the 15th chair of the Federal Reserve, under the Obama administration, and a former chairwoman of the Council of Economic Advisers in the Clinton administration. Outside of public service, Yellen was a faculty member at the University of California at Berkeley for four decades. She has been confirmed by the Senate four times. If confirmed, she will be the first woman to hold this position.

Neera Tanden, director of the Office of Management and Budget

Neera Tanden is the president and CEO of the Center for American Progress. She has worked in both the Clinton and Obama administrations, including as a senior adviser for health reform at the U.S. Department of Health and Human Services. If confirmed, she will be the first woman to hold this position.

Cecilia Rouse, chairwoman of the Council of Economic Advisers

Cecilia Rouse is the dean of the Princeton School of Public and International Affairs. She previously served on the Council of Economic Advisers during the Obama administration and the National Economic Council during the Clinton administration.

The other five appointments include the following Biden campaign and Obama administration veterans:

Transition in Context: What is ascertainment?

Under the Presidential Transition Act, the administrator of the General Services Administration (GSA) is responsible for ascertaining—or identifying—the apparent winner of the presidential election. Doing so allows the president-elect to begin to receive funding, office space, and support services in the transition between administrations.

The GSA ascertained the results of the election on November 23, 2020, identifying Biden as the apparent winner. GSA Administrator Emily Murphy said in a letter, “Please know that I came to my decision independently, based on the law and available facts. I was never directly or indirectly pressured by any Executive Branch official—including those who work at the White House or GSA—with regard to the substance or timing of my decision.”

According to the Center for Presidential Transition, recent incoming administrations have had 77 days to prepare for the transfer of power. The Biden Transition will have 57.

Transition in Context: What is The Plum Book?

The United States Government Policy and Supporting Positions, also known as The Plum Book, is released every four years after the presidential election to provide a list of more than 9,000 key federal civil service positions.This 200-page document is published by the Senate Committee on Homeland Security and Governmental Affairs and the House Committee on Oversight and Government Reform.

The positions featured are noncompetitive, meaning they can be filled by appointment. Most presidential appointments—1,242 in 2016—require Senate confirmation (PAS). These PAS positions include not only agency heads like the secretary of state or the secretary of the Treasury, but also other roles like the architect of the Capitol, the chairman of the Council on Environmental Quality, and the director of the Office of National Drug Control Policy.

In 2016, another 472 positions were presidential appointments that did not require Senate confirmation (PA). Examples of these PA-only positions include White House chief of staff, director of the National Institute of Justice, and the chairman of the Commission on Civil Rights.

The tradition of the Plum Book has existed for more than six decades.

Transition in Context: Where does the Cabinet come from?

The formation of the Cabinet is rooted in Article II, Section 2, of the Constitution, which states that the president “may require the opinion, in writing, of the principal officer in each of the executive departments, upon any subject relating to the duties of their respective offices.”

Several other positions have become Cabinet-rank over the years, although not all administrations include the same set of offices.

The Obama administration included all of the above positions in its Cabinet, except for director of the CIA and director of national intelligence. It also identified the chair of the Council of Economic Advisors and the U.S. ambassador to the United Nations as Cabinet-rank.

Here’s how Democratic and Republican leaders and advisers have reacted to the nomination of Neera Tanden for director of the Office of Management and Budget. 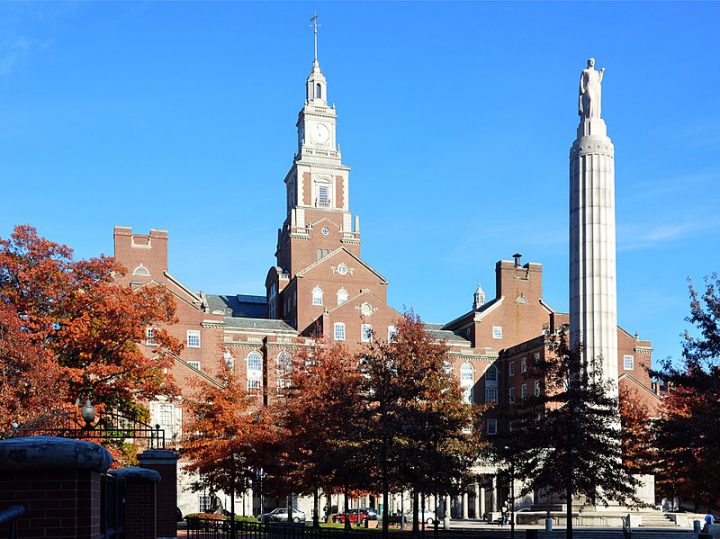